A rare example of the tin containing rations as issued by the British Army. Faint stamps indicates possibly packed in 1900. GC. Accompanied by a note stating Field Rations 24 Hours 789 William Issac Bryant Wiltshire Regiment Very cold legs feet and ears frosted at night. The note is written on the back of an old envelope, I have no reason not to believe he carried these rations. 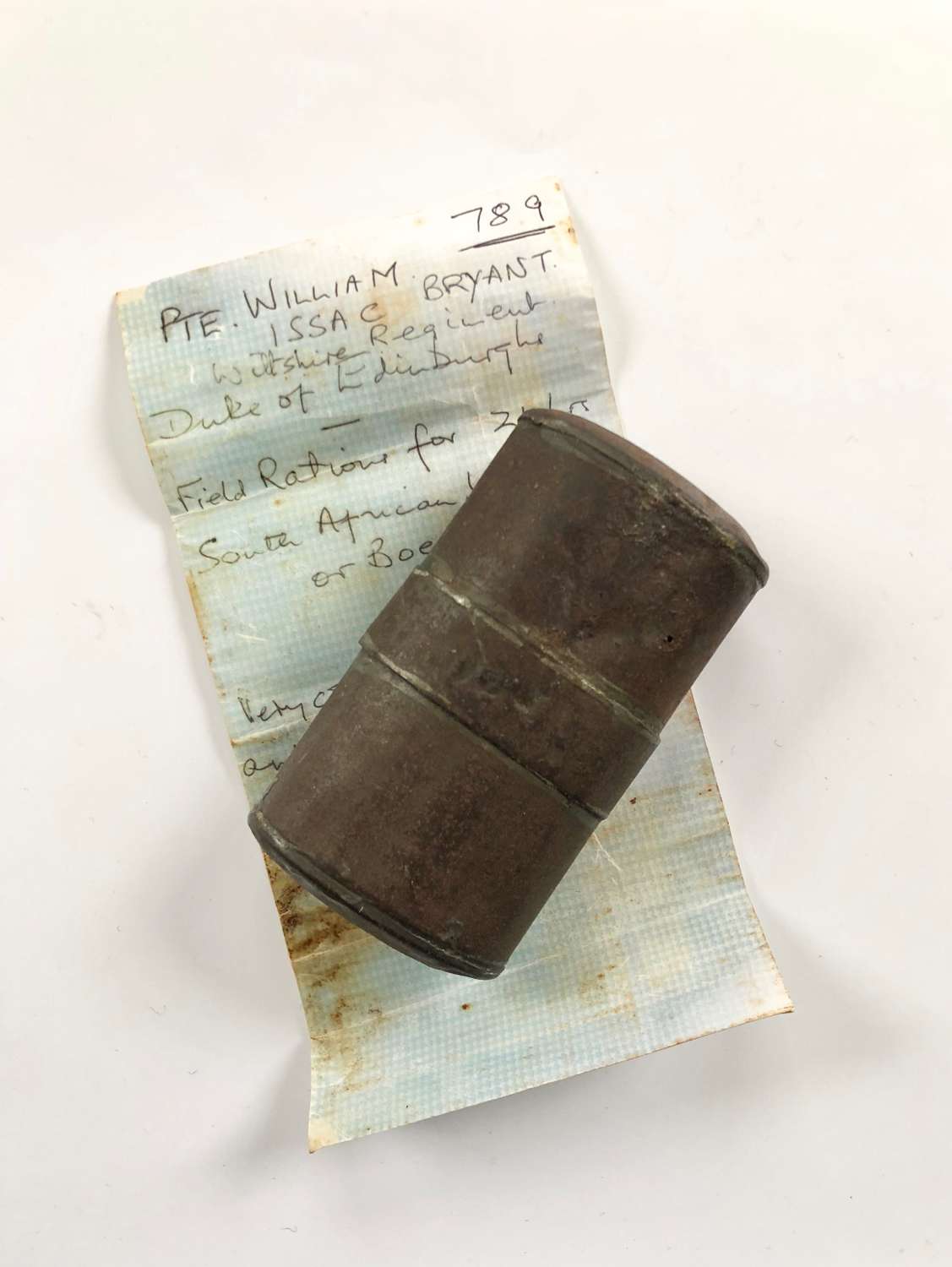 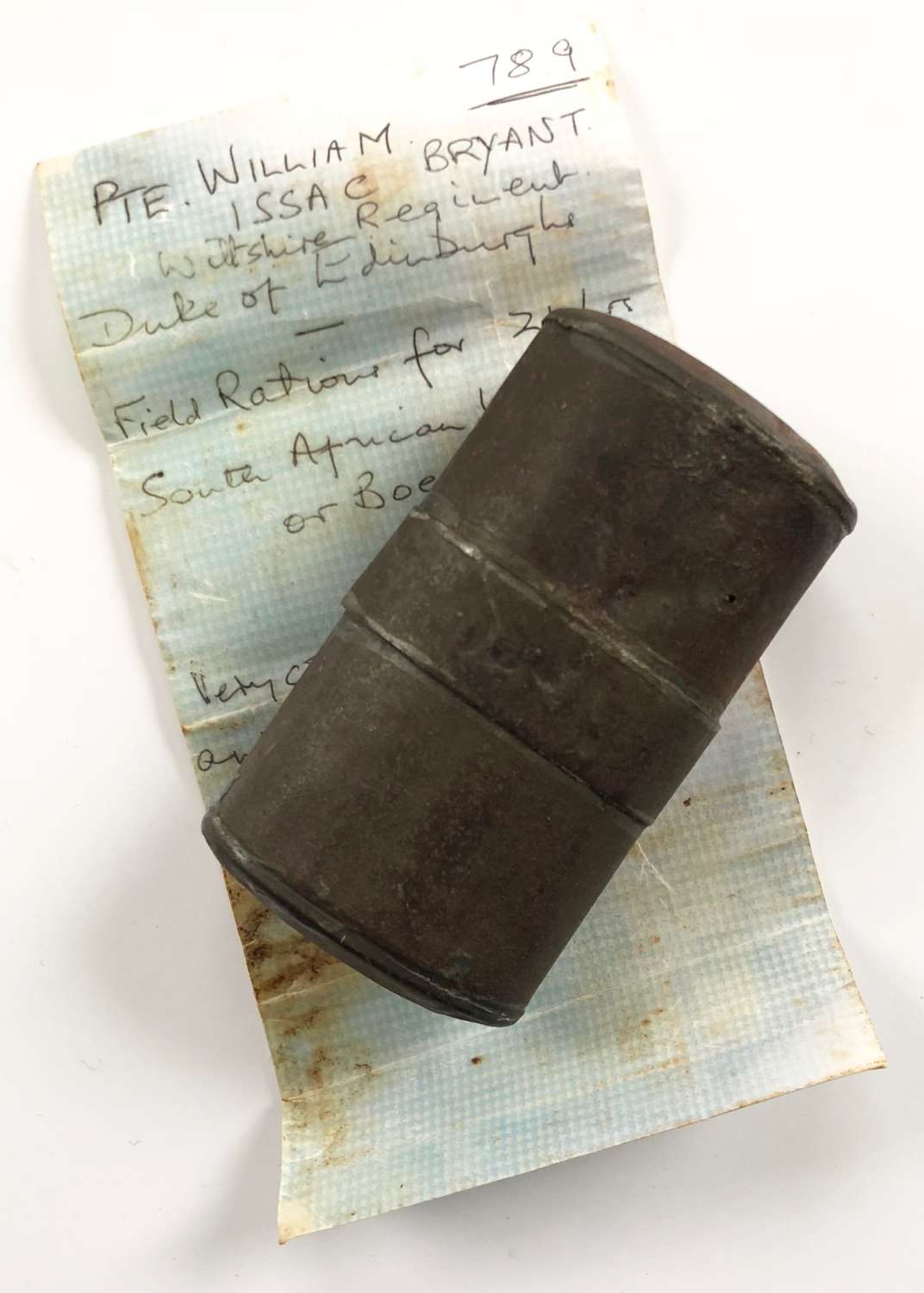 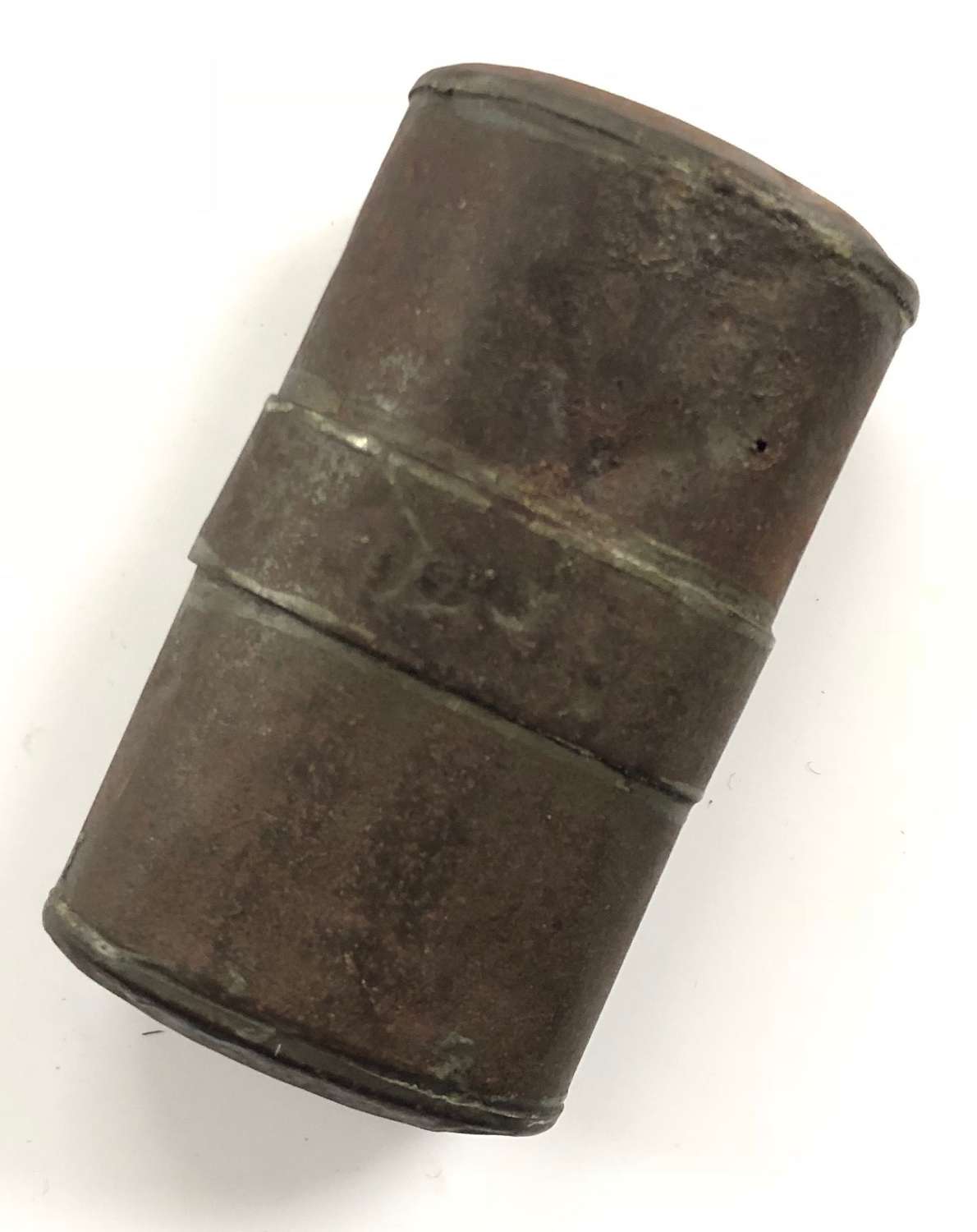 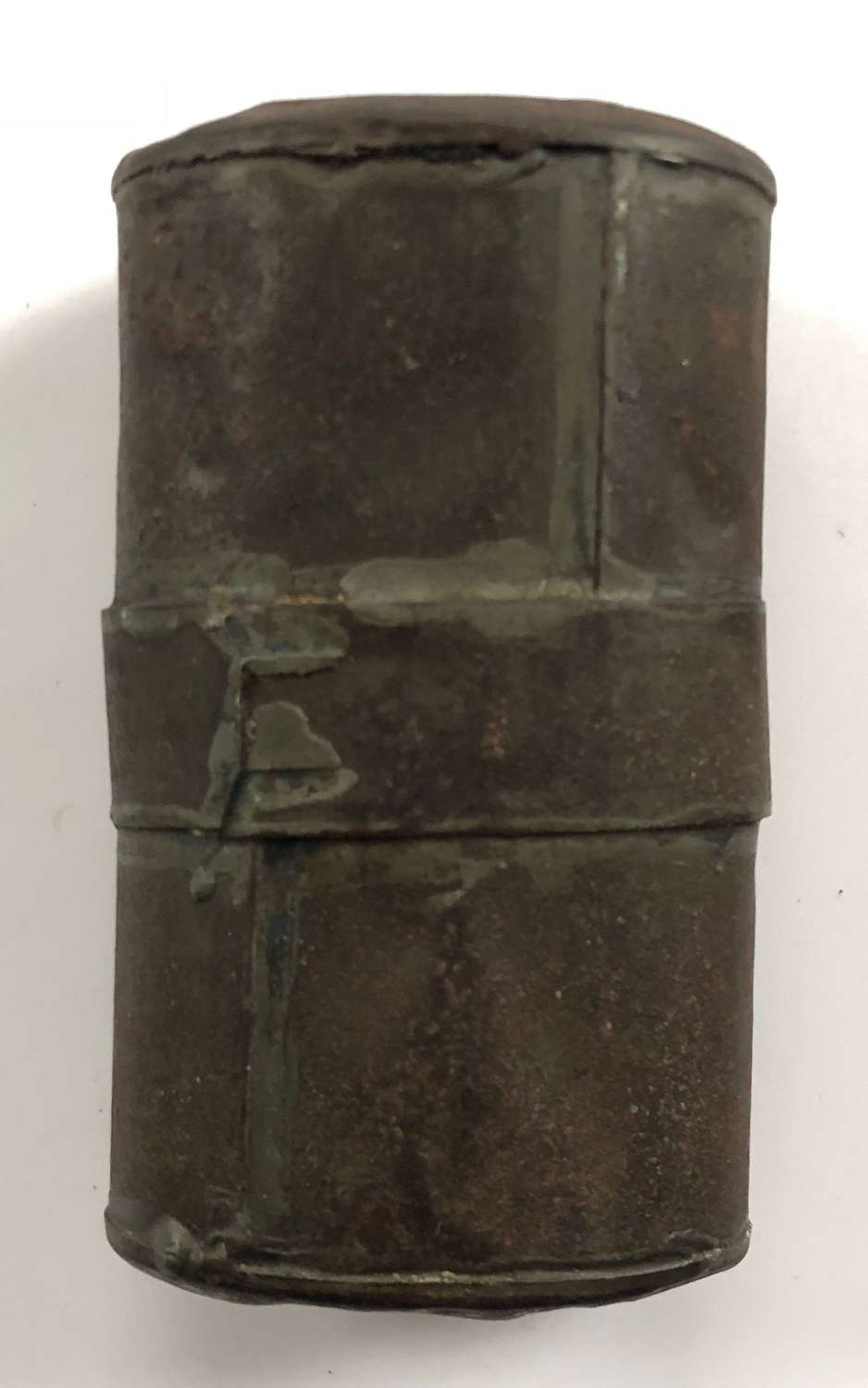 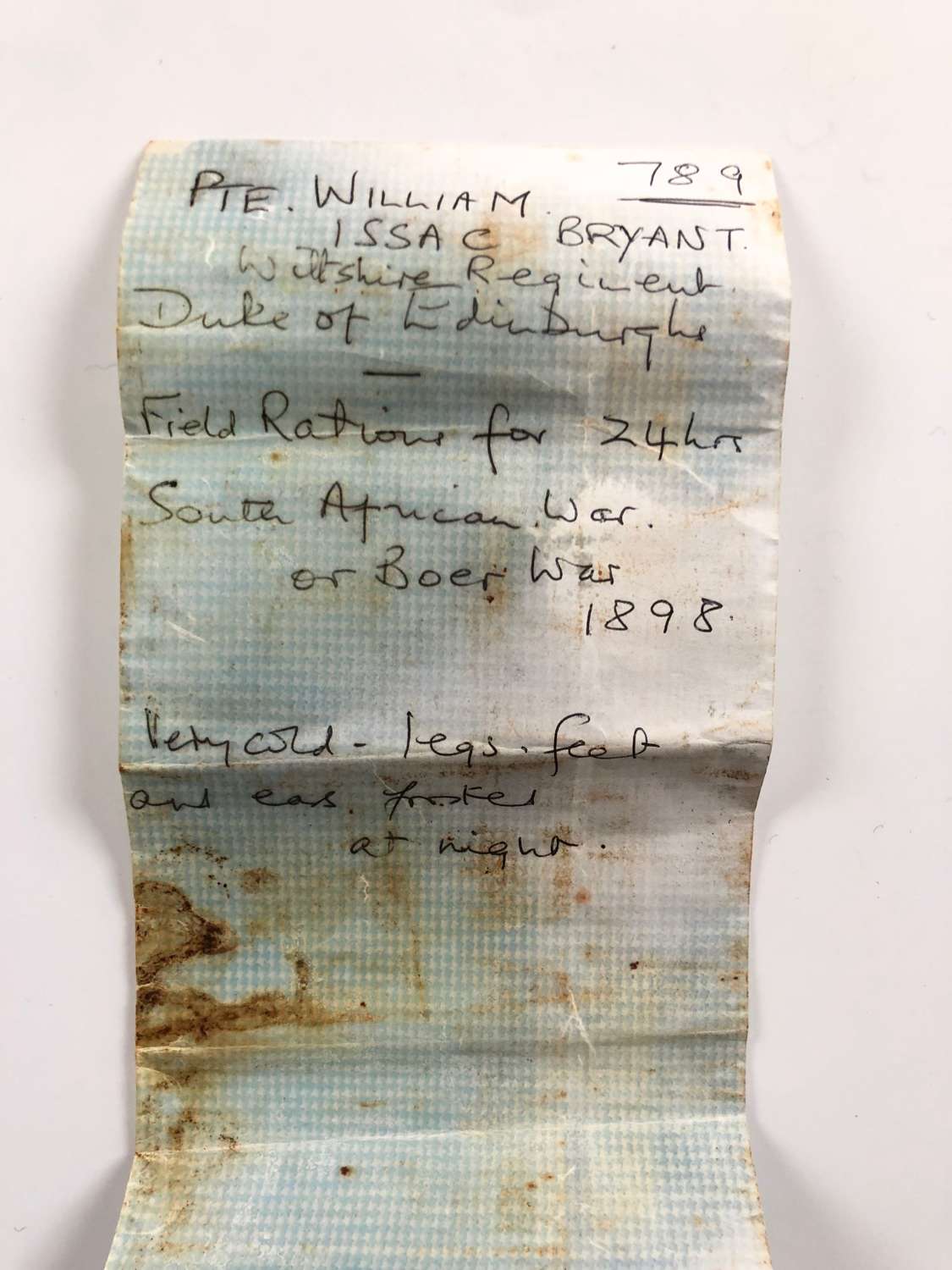