The 'Lusitania' was sunk by a German submarine on May 7th 1915. She had on board at the time 1,951 passengers and crew, of whom 1,198 perished. This is an exact replica of the medal which was designed in Germany and distributed to commemorate the sinking of the 'Lusitania'. This example was struck in England during the Great War and issued by the 'Lusitania Souvenir Medal Committee' 32, Duke Street, Manchester Square W.1. with all profits going to the 'St. Dunstan's Blinded Soldiers and Sailors Hostel'. 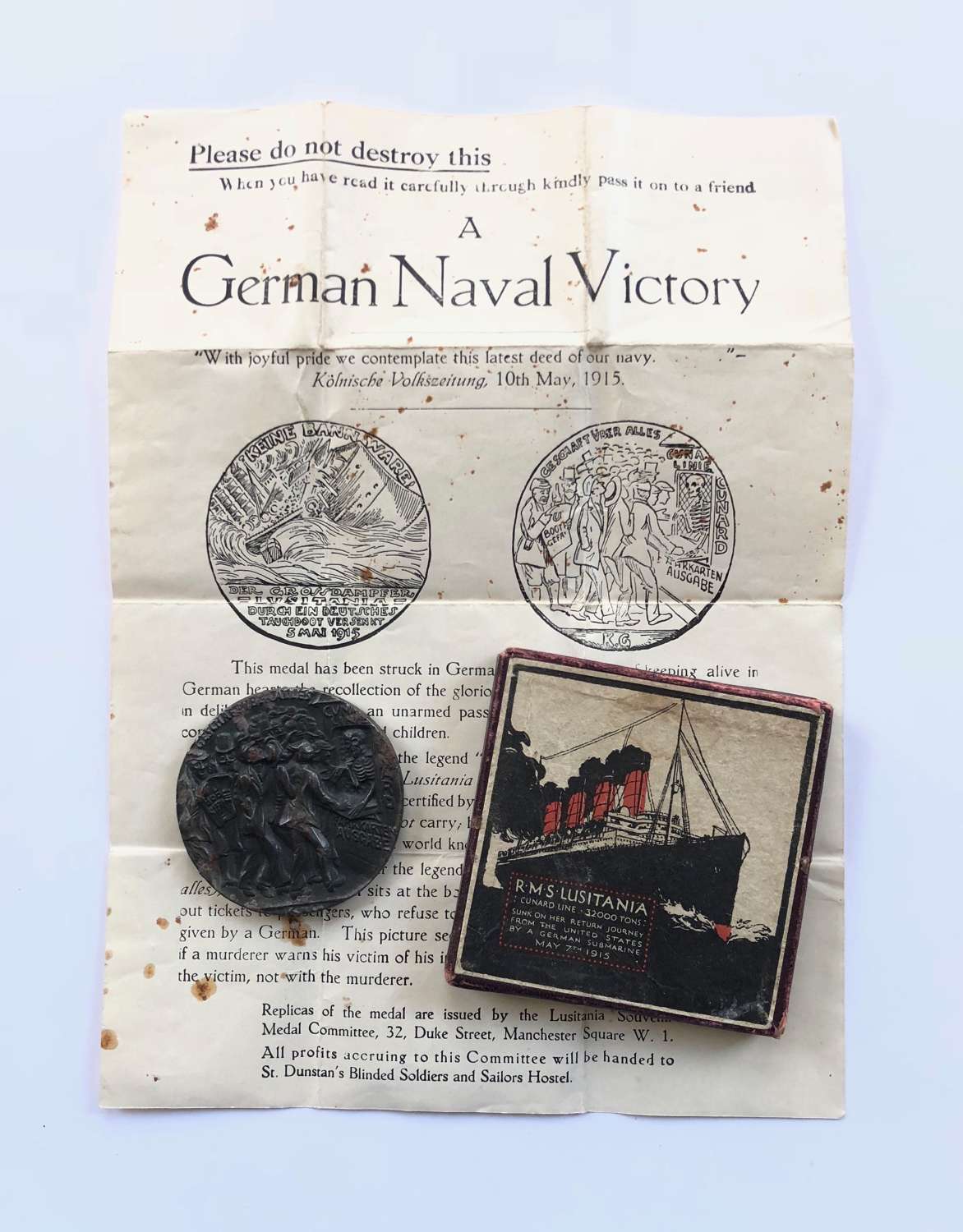 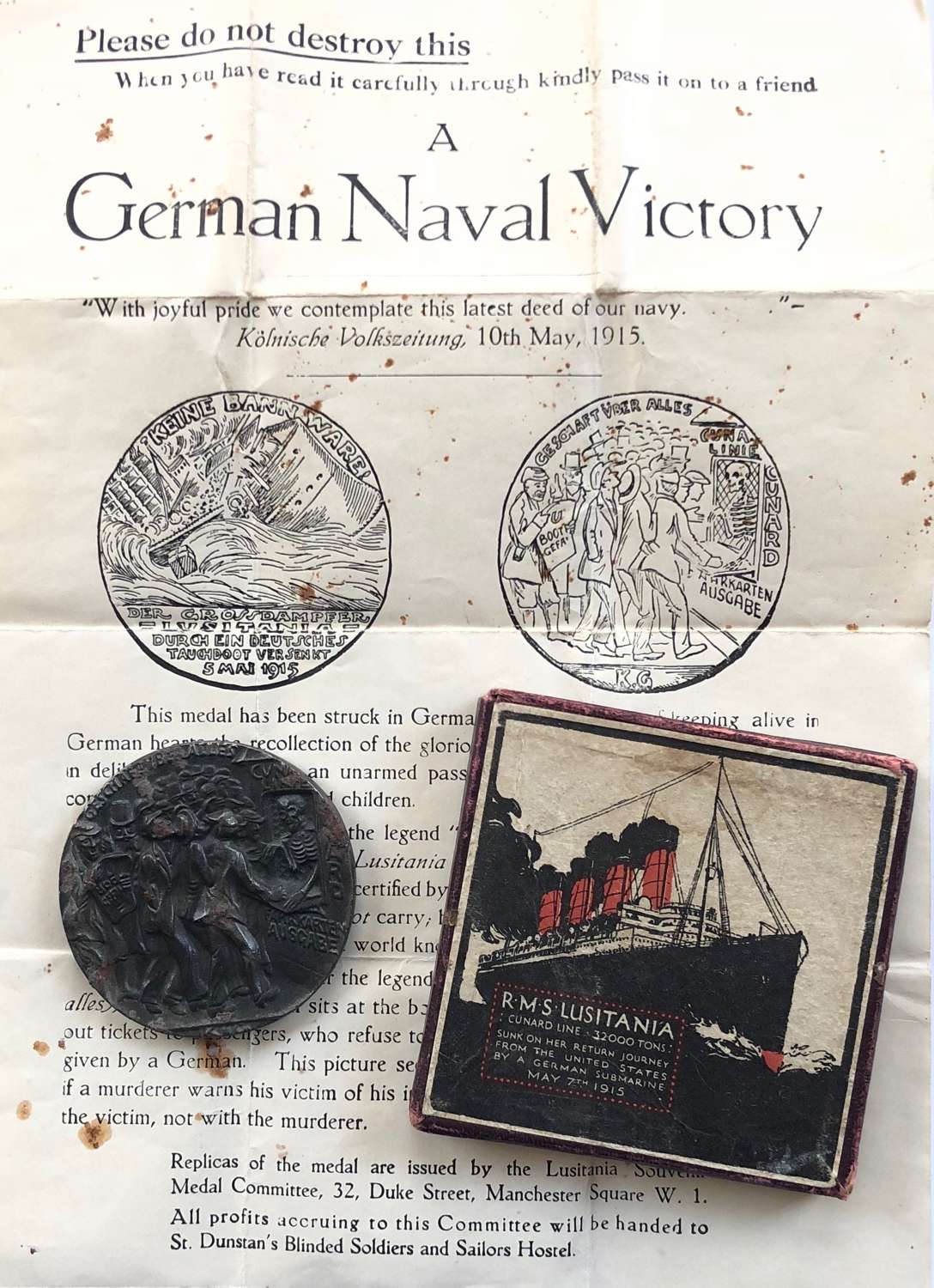 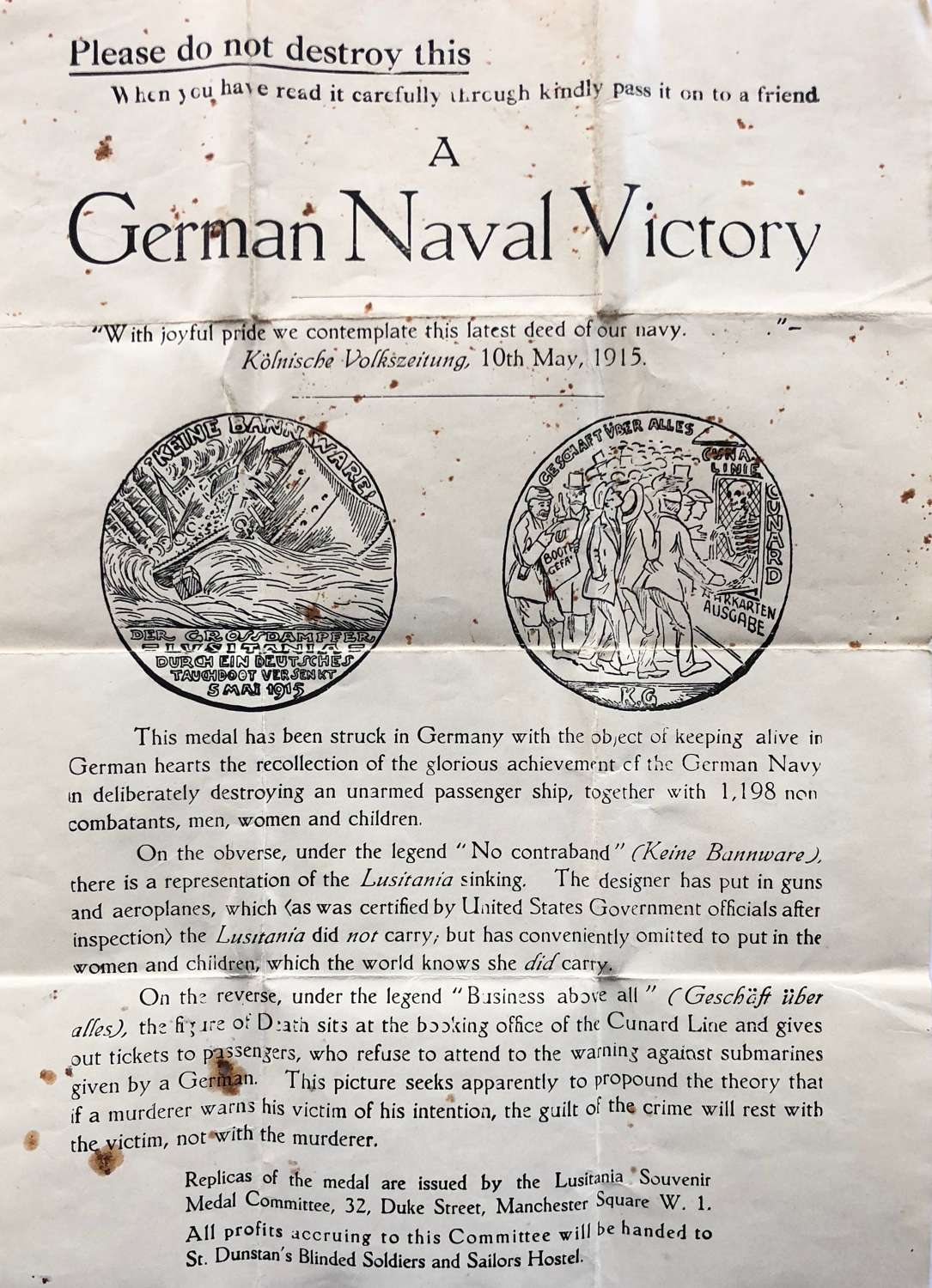 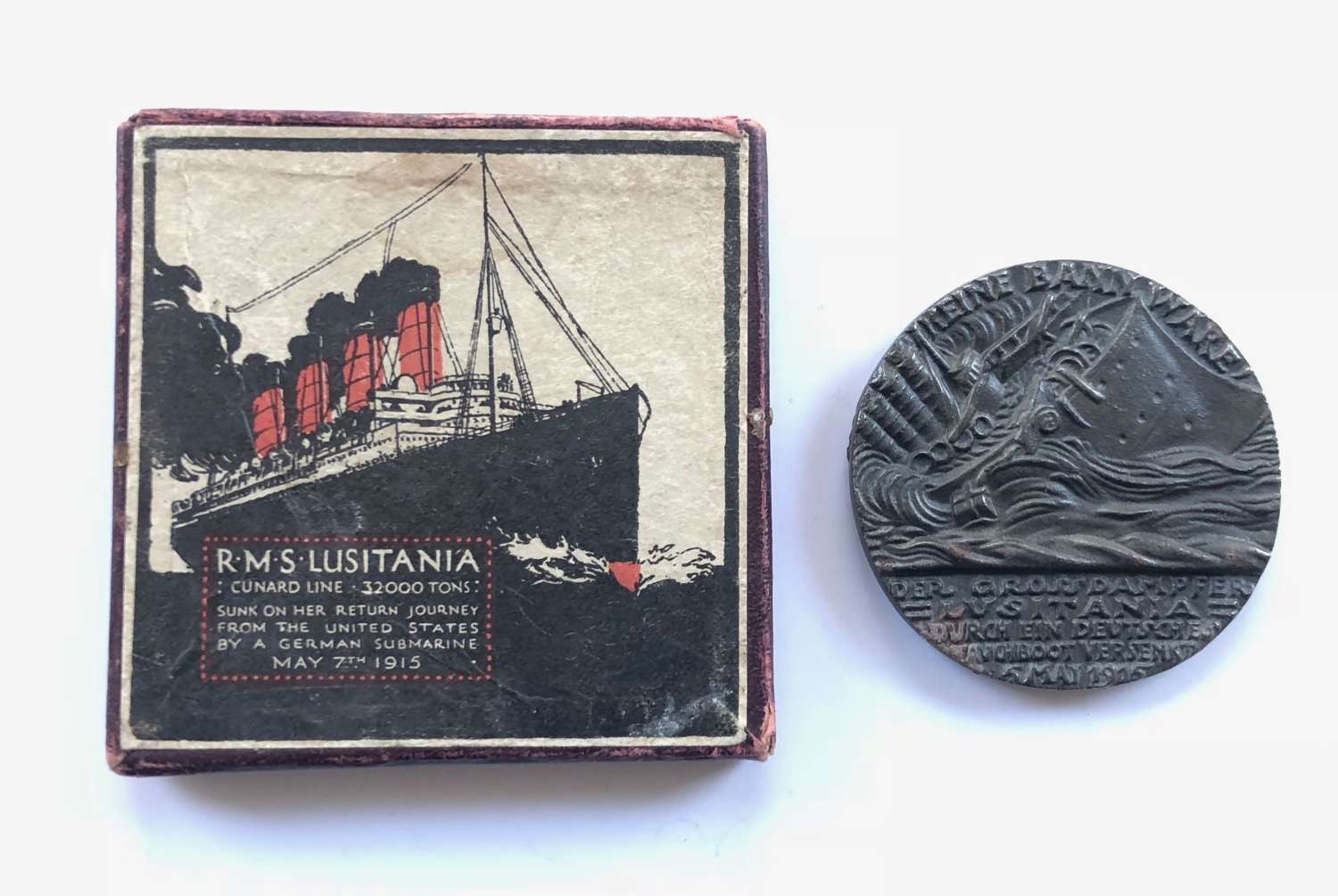 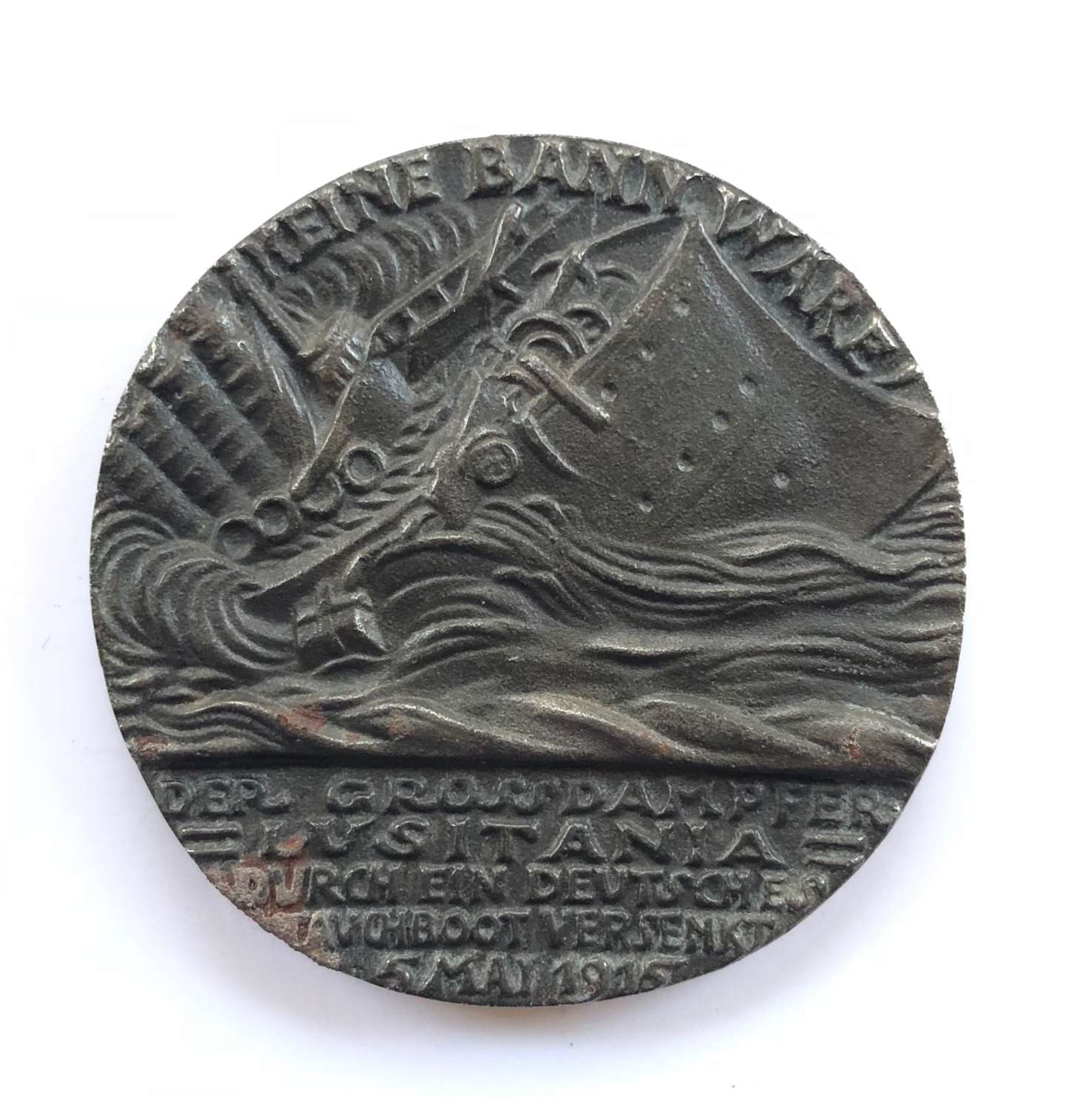 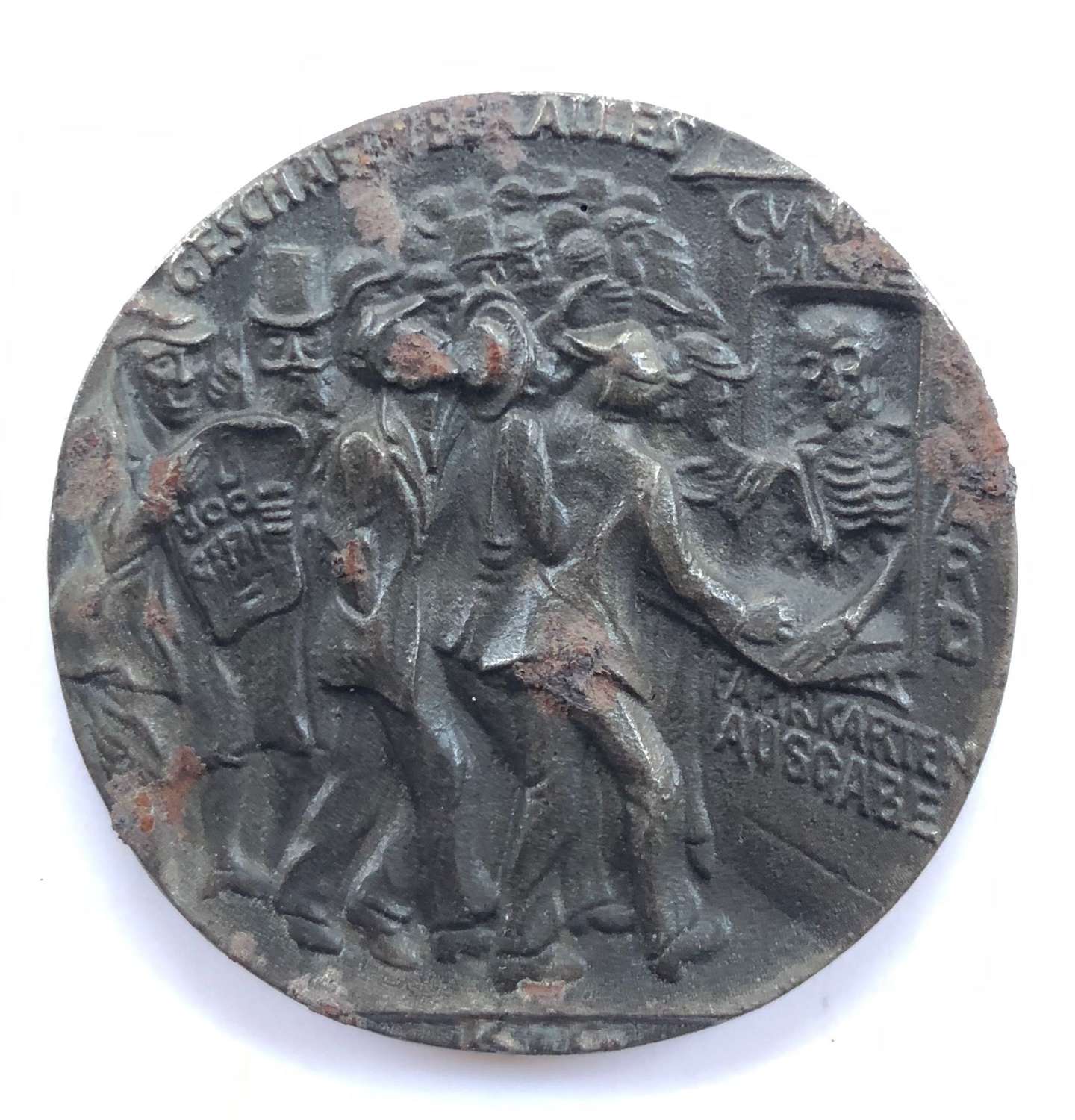 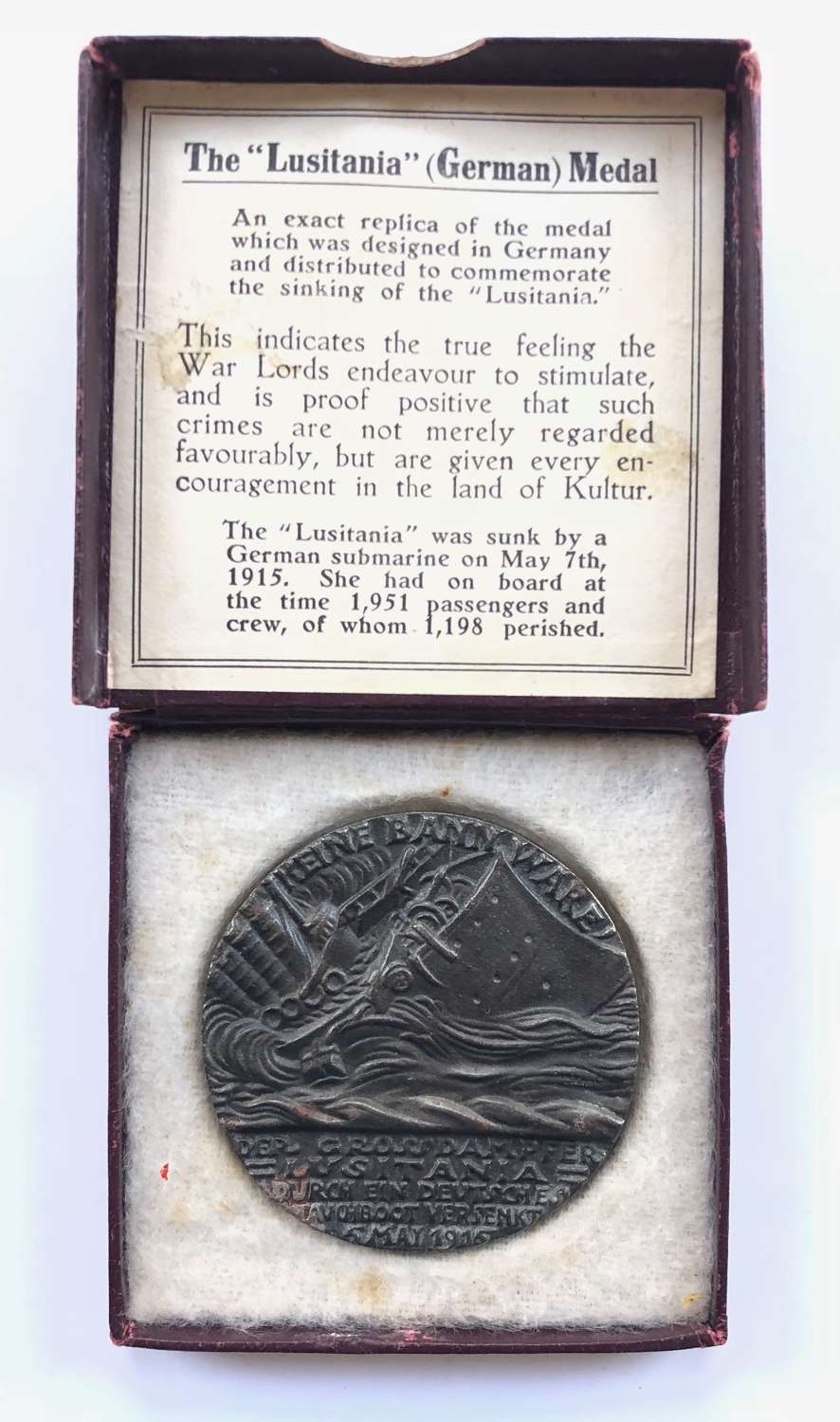