A well crafted napkin ring, made from airship alloy in the form of a strap and buckle. Clearly stamped LZ 85 SALONICA 5.5.16. GC.

LZ85 was launched on the 12th September 1915. Under the Command of Hptm Scherzer It’s main theatre of Operations was the Eastern Front. It took part in three raids on Salonika, being lost on the 5th May 1916 as a result of enemy action. All the crew were made POWs. 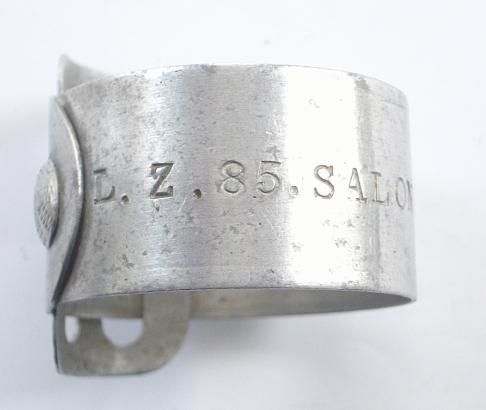 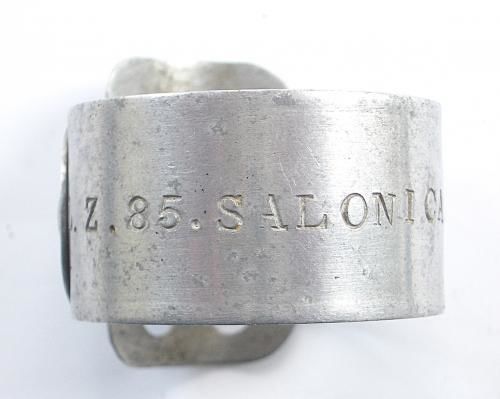 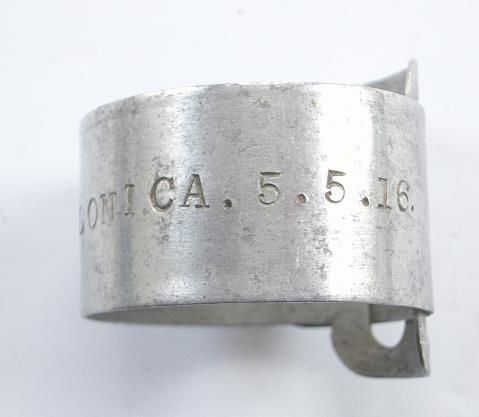 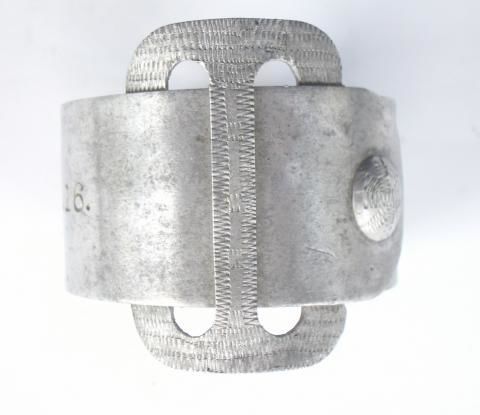