Captain George Hogarth Slater was commissioned into the 3rd Bn in September 1914, at this time serving as a Depot Bn at Winchester. He was posted overseas landing in France on the 16th May 1915. He was later awarded the Silver War Badge in 1919. The MIC states entry into France May 1916, this appears to be an error as the 1914/15 Star is clearly shown as issued with reference numbers. His son Wing Commander James Hogarth Slater AFC was shot down and killed when flying a Spitfire of 611 Squadron off the enemy coast in March 1943 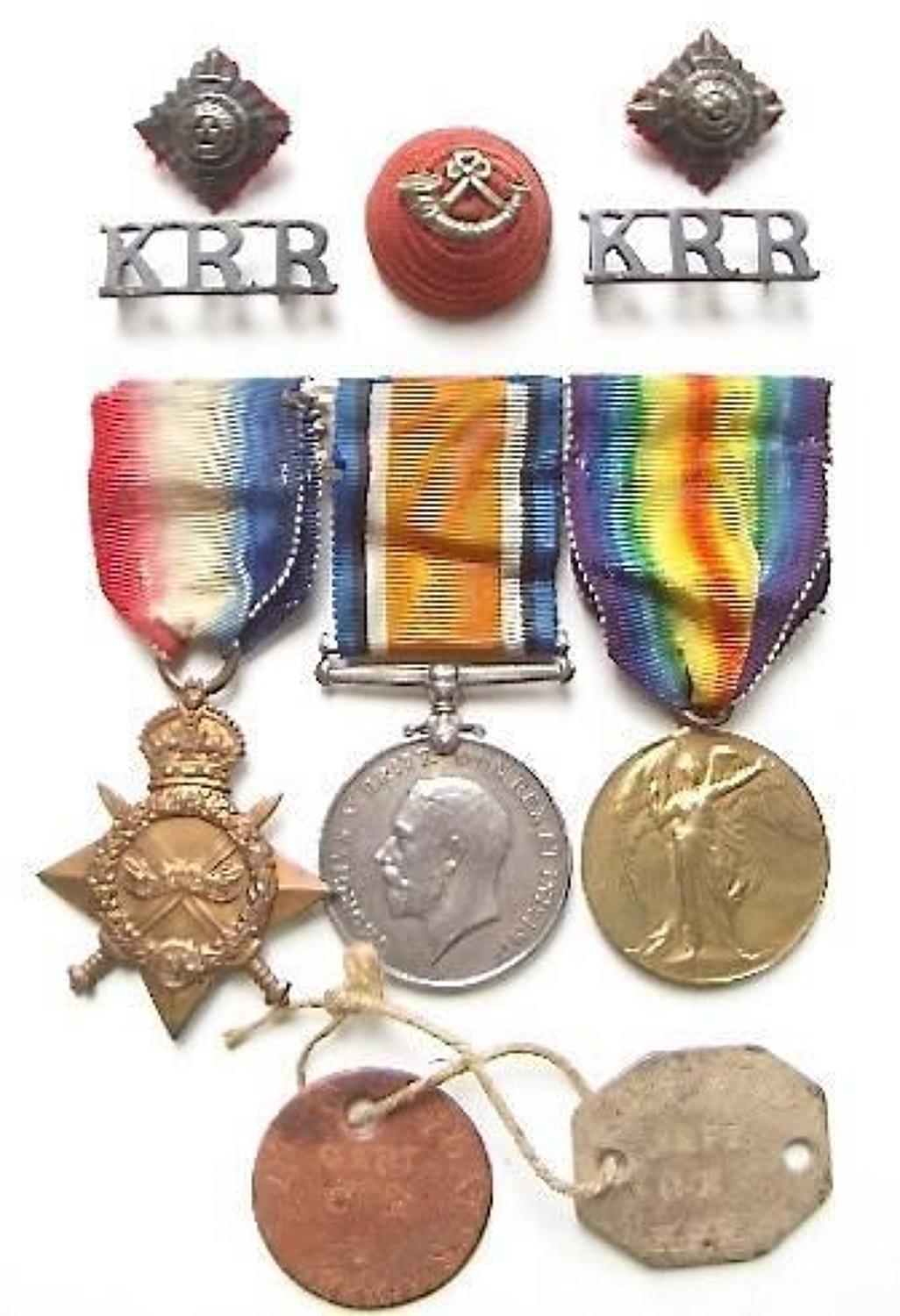 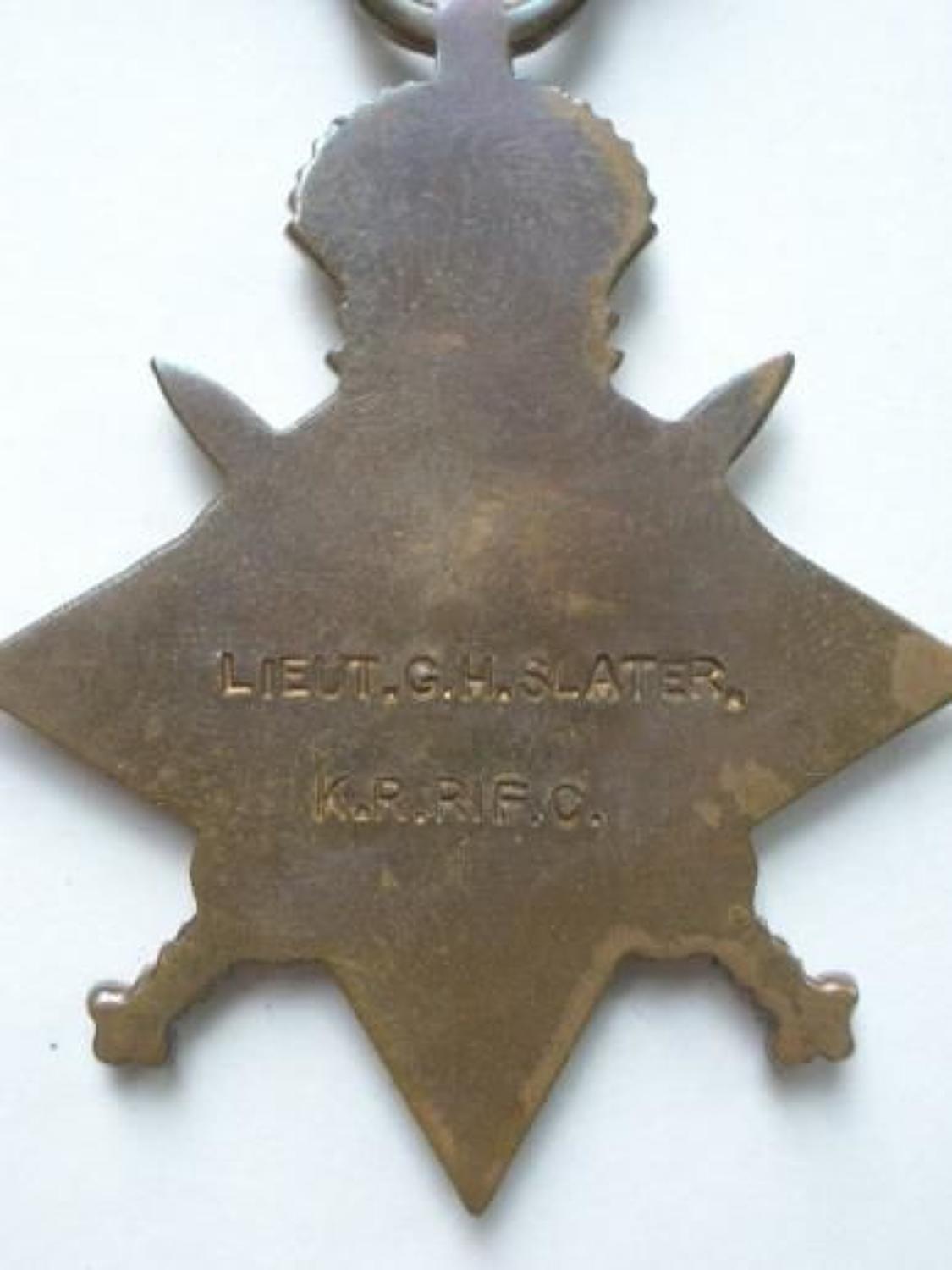 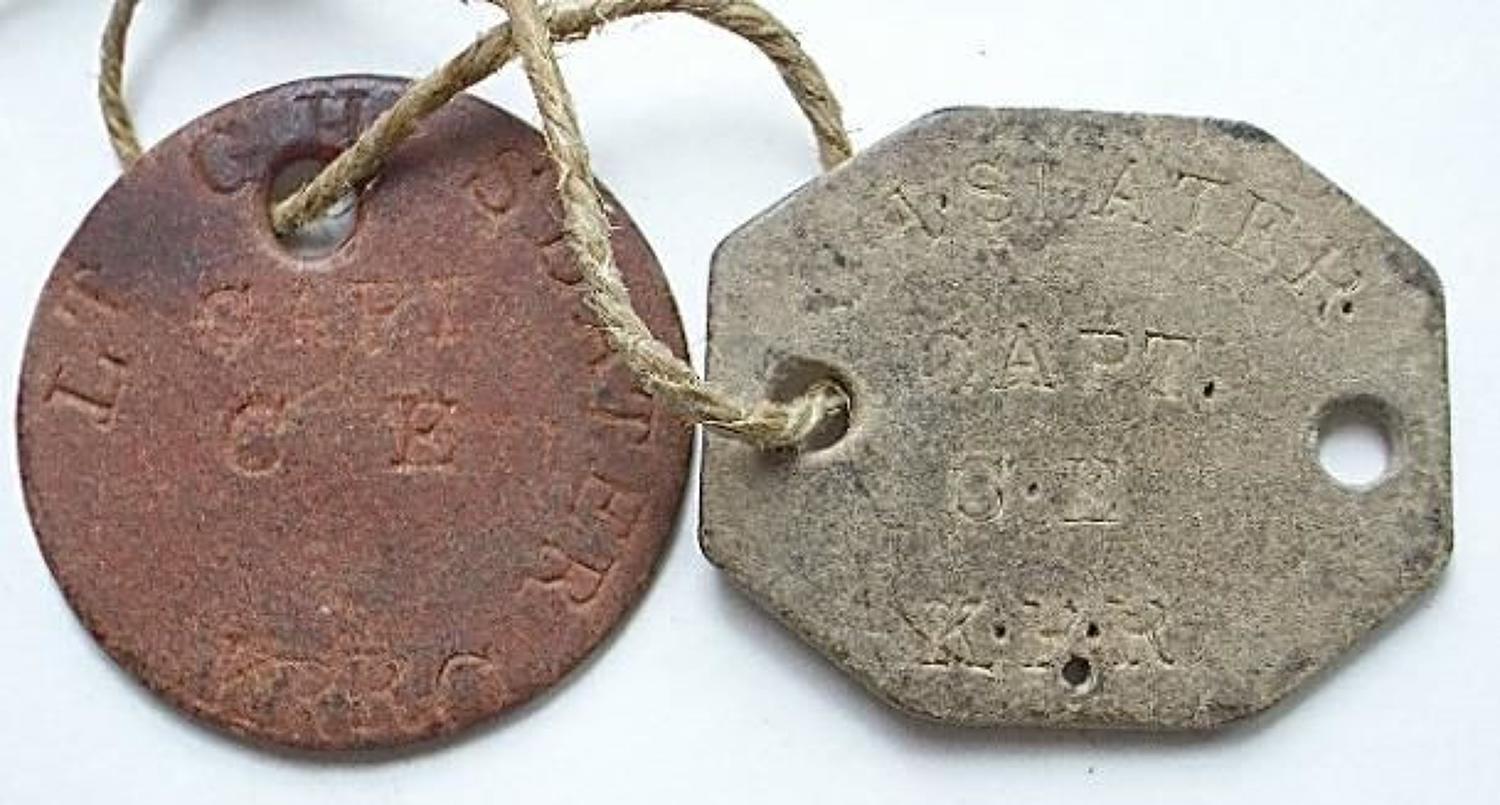