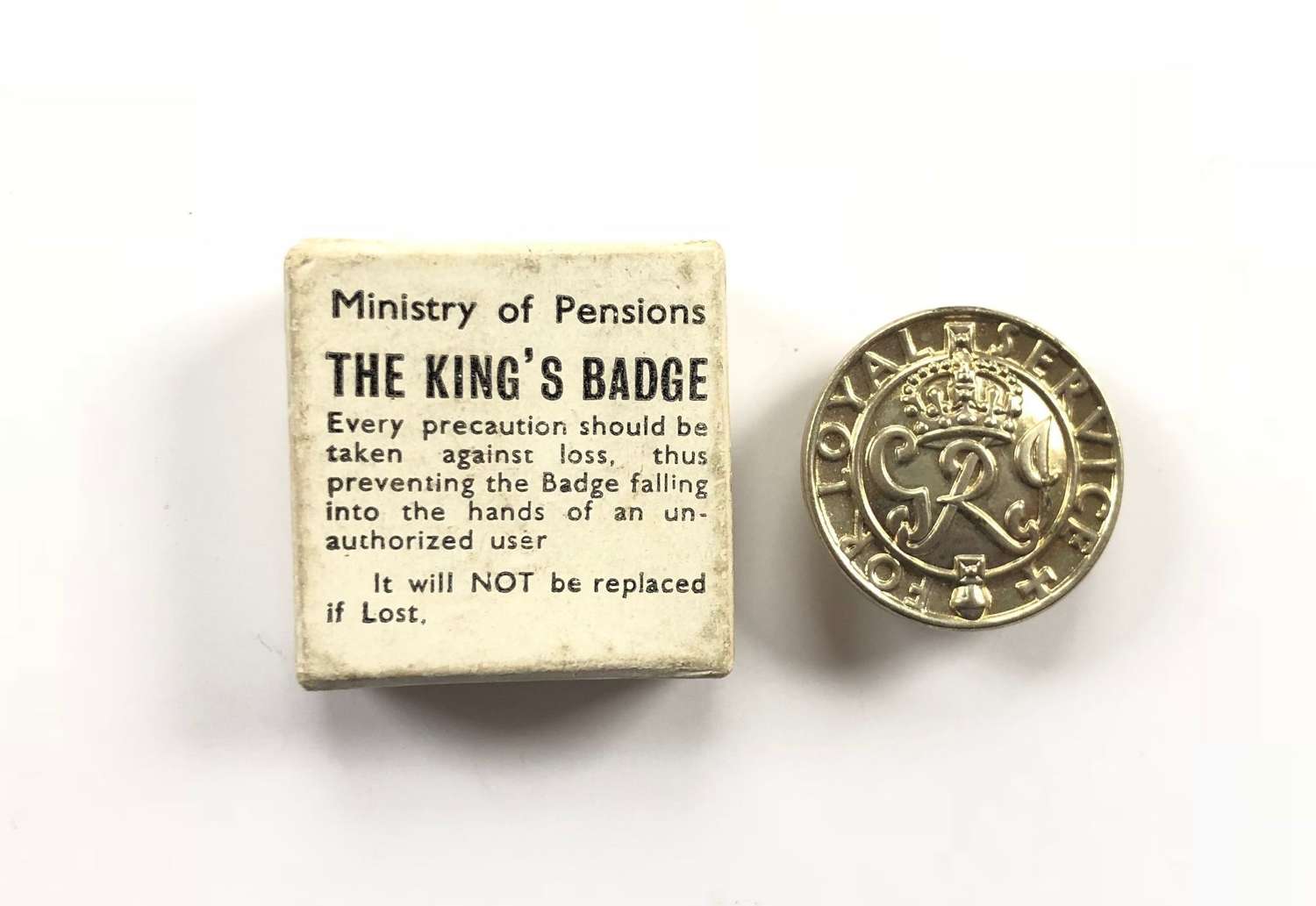 WW2 The Kings Badge Ministry of Pensions for loyal service

WW2 The Kings Badge Ministry of Pensions for loyal service
A good original Second World War badge officially issued from November 1941 by the 'Ministry of Pensions'; circular example manufactured in German silver with the words 'For Loyal Service' to the surround, the centre bearing the Royal and Imperial Cypher of George VI 'GRI' surmounted by a crown. Very good condition, complete with original buttonhole fitting. Contained in original card box of issue Diameter 26mm. The King's Badge was designed by the sculpter 'Percy Metcalfe' with the initial issue starting in November 1941. The badge was issued to all those invalided out of the services through pensionable war injury. In addition to members of the Army, Navy and RAF, it was also awarded to the Merchant Navy, Fishing Fleets, the Pilotage and Light Vessel Services as well as the Naval Auxiliary personnel. Its issue was later extended to the Home Guard and Civil Defence Organisations. 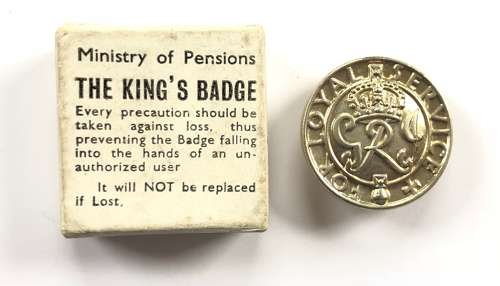 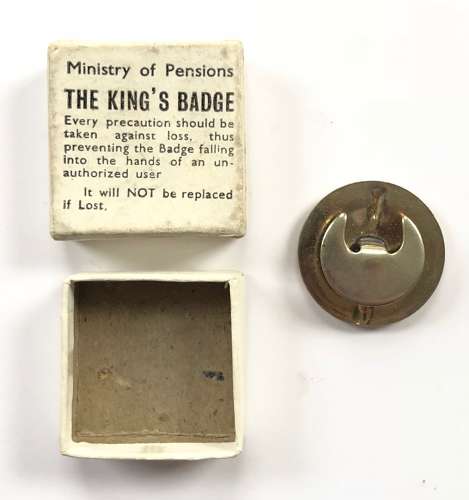