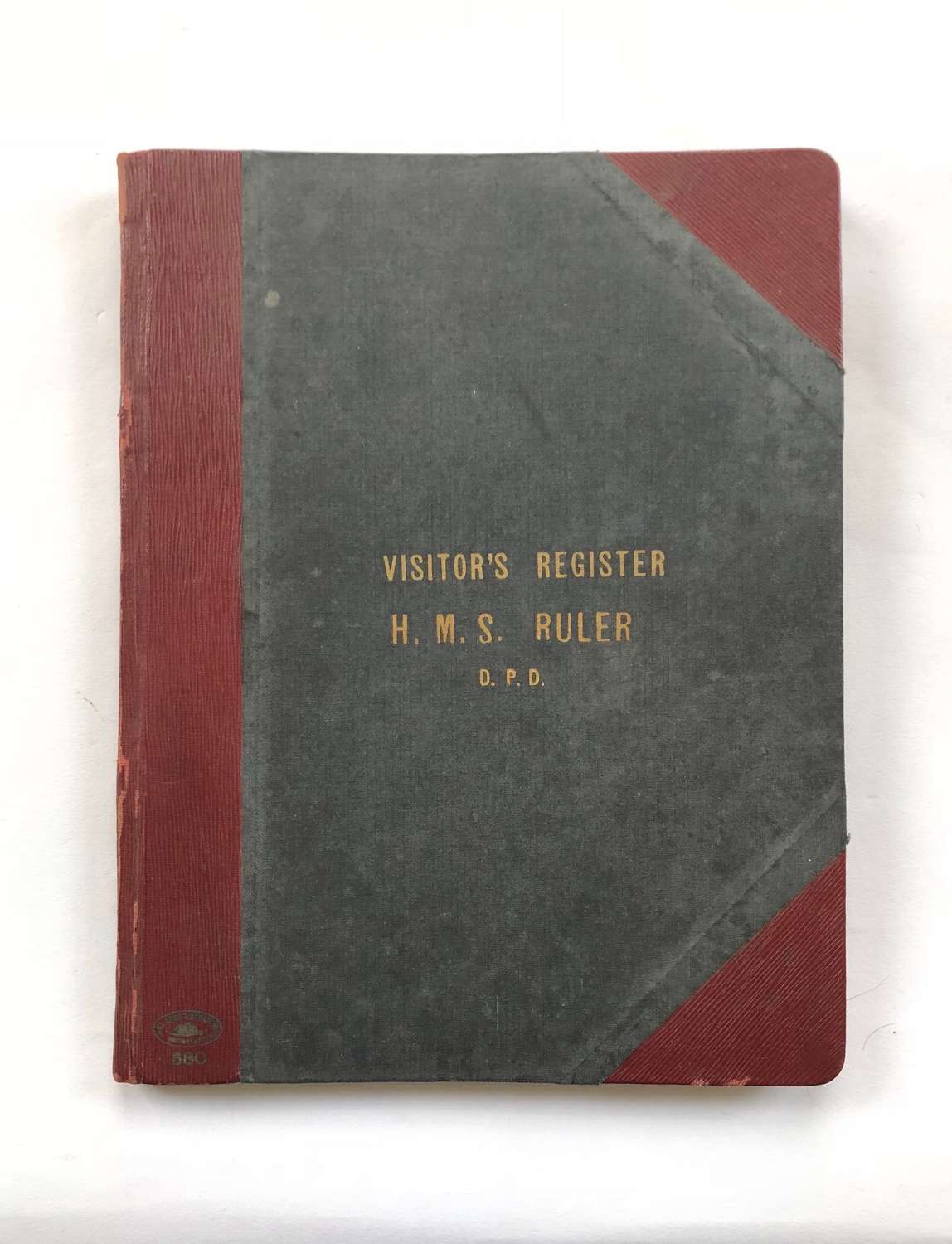 A rare and unusual item being the official visitors register to the ship. Gilt tooled to the front cover, containing about 10 pages of signatures and address, covering the period 1944 to 1945. Slight damp damage GC.

HMS Ruler was a Ruler-class escort carrier of the British Royal Navy during World War II. She was built in the United States as the Bogue-class carrier St. Joseph (AVG/CVE/ACV-50) for Lend-Lease to the United Kingdom.  HMS Ruler served in the North Atlantic during 1944, protecting the vital flow of men and war materiel from the United States to Great Britain and to fighting fronts on the European continent. In early 1945, she transferred to the Pacific Theatre where she supported a raid on Truk and the campaign to take Okinawa.
From March to August 1945 was part of the British Pacific Fleet attached to the 30th Aircraft Carrier Squadron.
After the war ended, Ruler returned to the United States at Norfolk, Virginia, on 28 January 1946. She was decommissioned from RN service on 29 January, and was accepted by the US Navy the same day. In excess of the Navy’s needs, she was slated for disposal and struck from the Navy Register on 20 March 1946. The ship was sold on 13 May and scrapped within the year. 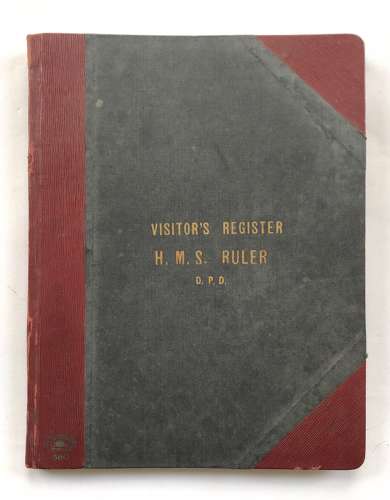 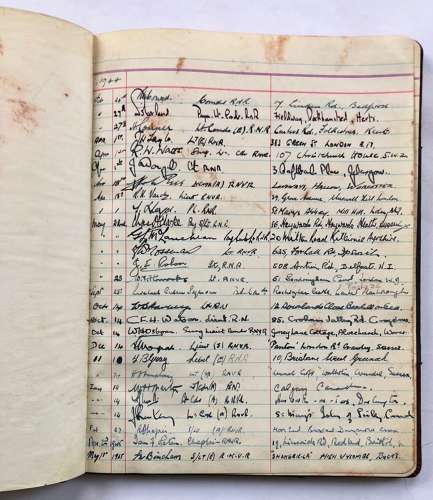 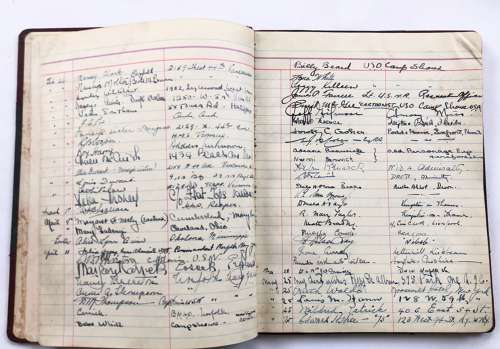 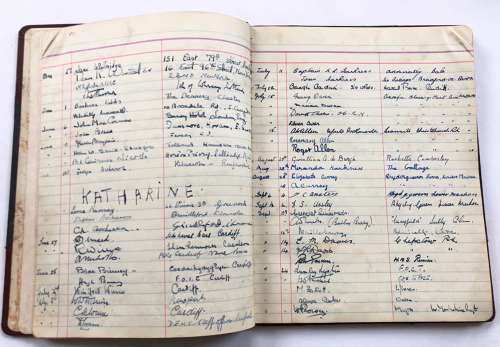 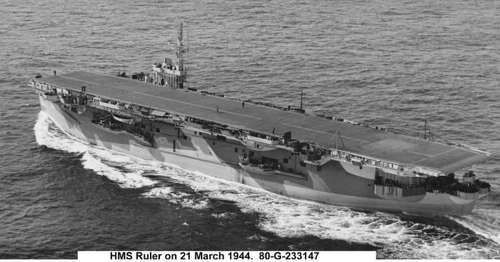