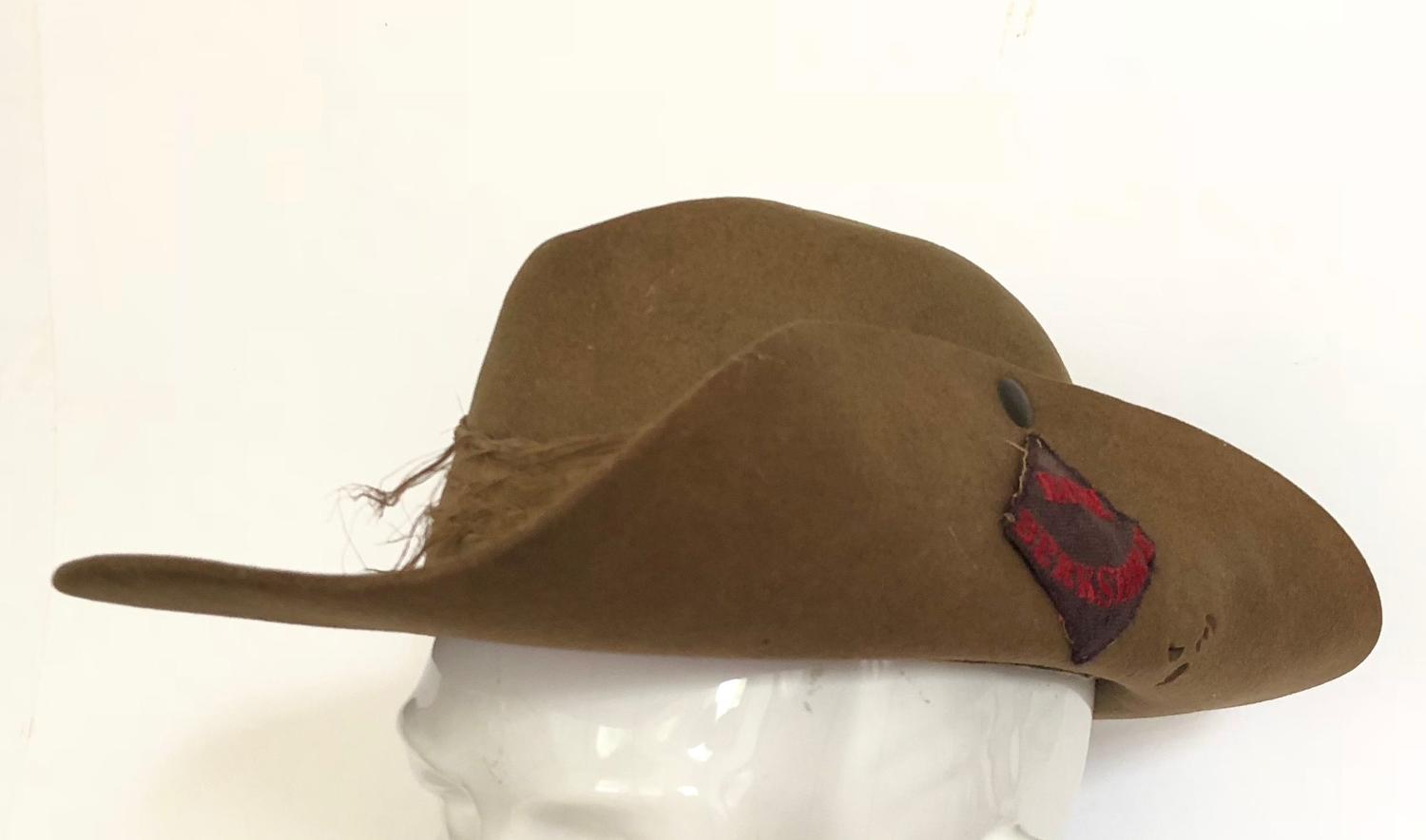 This is a rare and interesting grouping attributed to Alf Willey who was present at the Battle of Kohima Burma. The bush hat is of felt material, the pagri retaining the Crossed Keys 2nd Inf. Division badge and to the fold up flap regimental cloth badge. The leather sweatband with 1942 date. Chinstrap absent some service wear and small amount of age wear. The hat is accompanied by a small number of Royal Berkshire badges etc. …. 1957 Royal Berkshire Regiment special orders detailing the Battle of Kohima May 1944. … Also a newspaper cutting from “The Slough Express” October 28th 1988 reporting an interview with Alf Willey.

Mr Alf Willey was a pre WW2 footballer having signed for Queen’s Park Rangers as an amateur, he had to put his football career on hold when he was called up in 1939 as a Territorial with the Royal Berkshire Regiment. He served with the BEF in France 1940 and then posted to the Far East. He was part of the Relief Force for the garrison at Kohima where he must have worn this bush hat. After the war he worked with the Regimental Association. 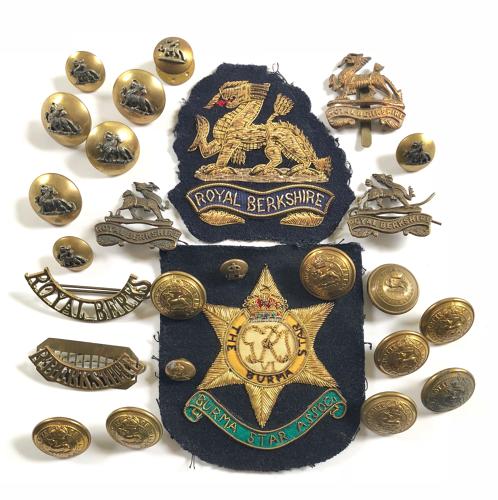 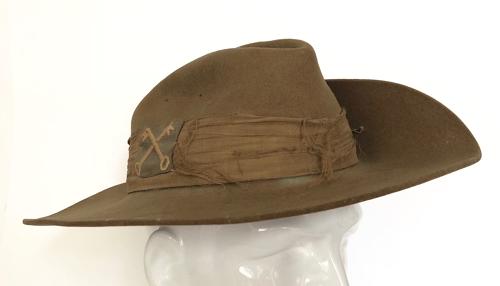 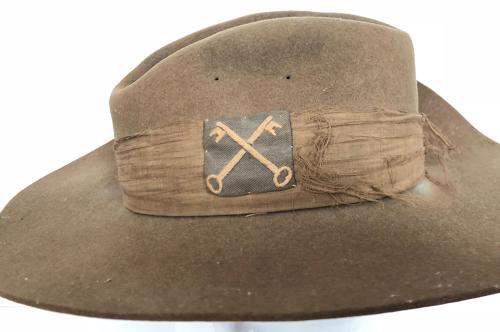 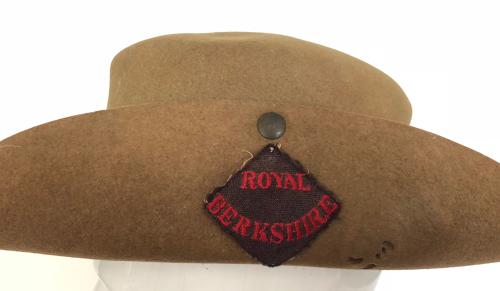 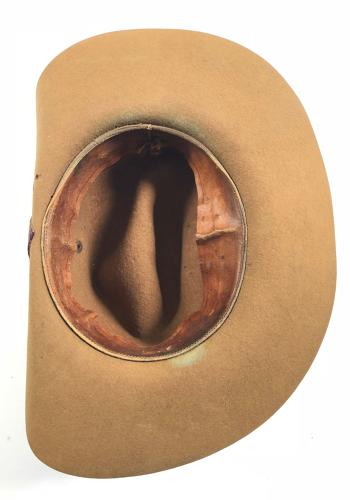 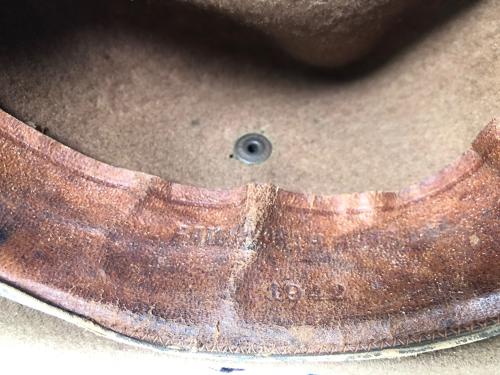 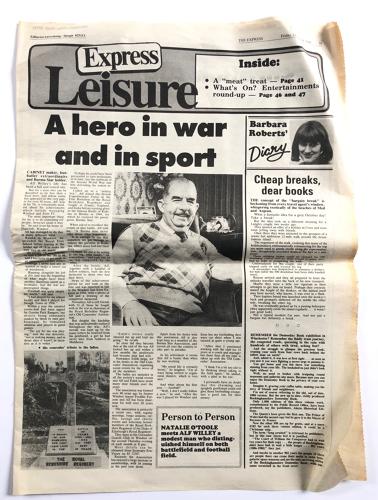 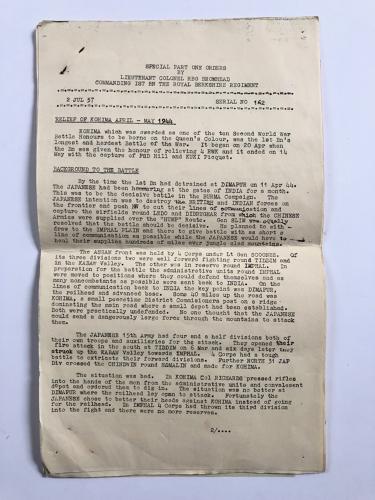 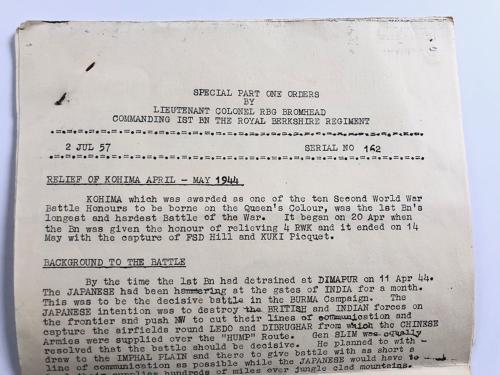