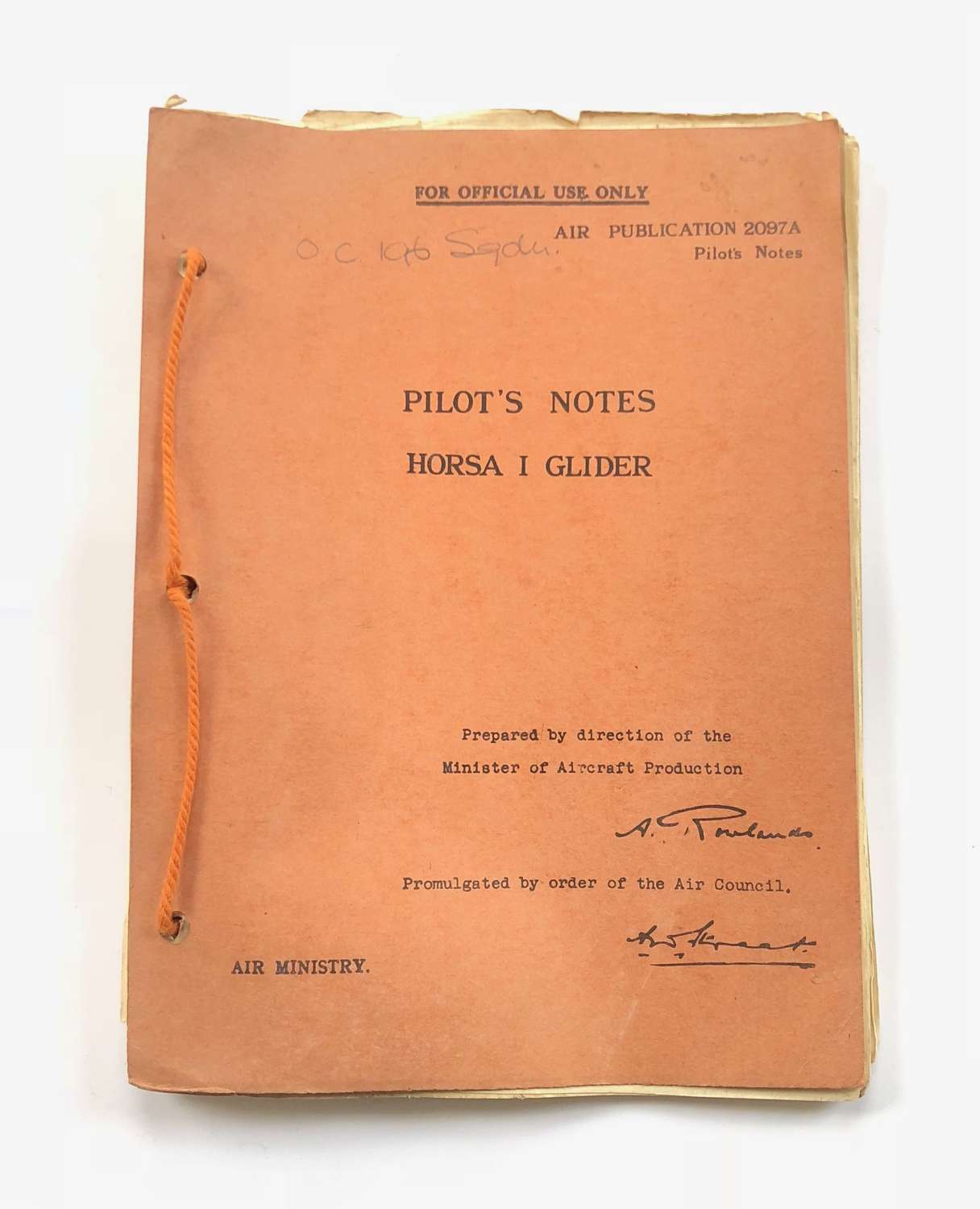 A very rare early issue of the Pilots Notes for the Horsa 1 Glider printed September 1942 with amendments for June and July 1943 and signed correct September 1943. This example was the personal edition held by the Commanding Officer of 196 Squadron which operated as a Glider Towing Squadron.

In July 1943 196 (Special Duties) Squadron was commanded by Wing Commander. A. Duguid who had taken command of the Squadron in March 1943 and would remain CO until December 1943. The Squadron had converted to the Short sterling bomber for the role of glider-towing, supply-dropping flights and also undertook SOE and SAS parachuting missions over occupied territories. 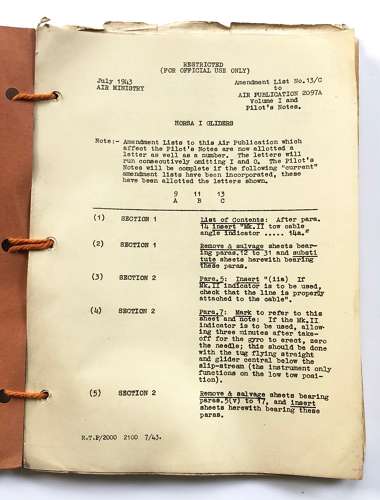 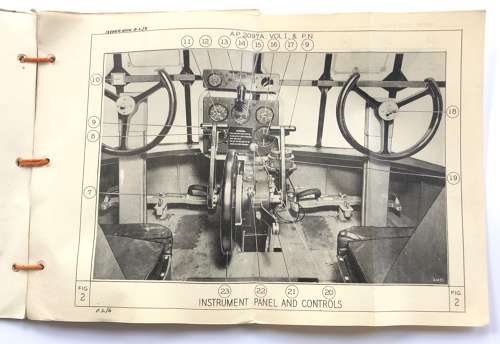 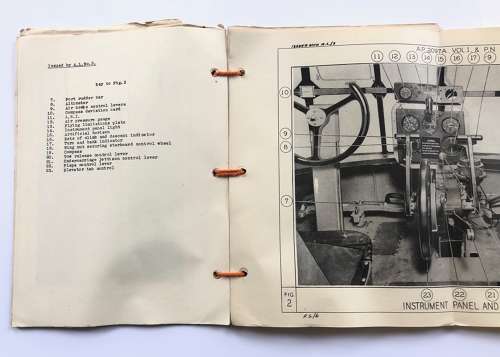 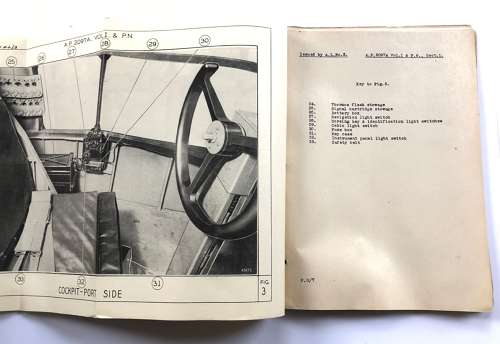 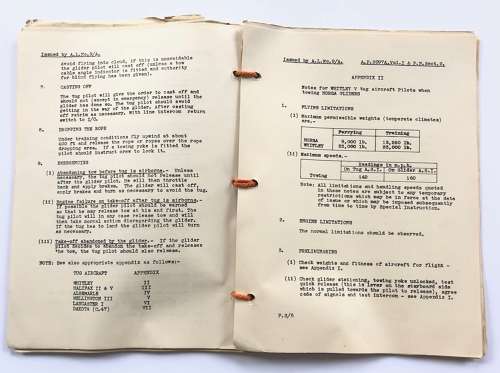 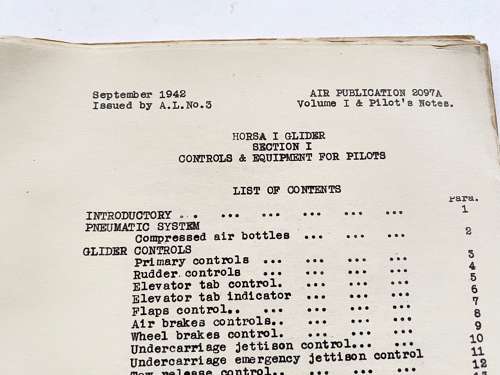 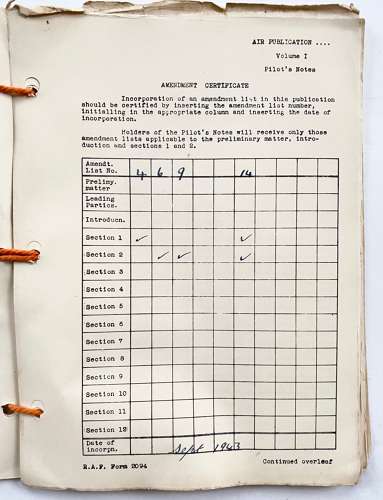