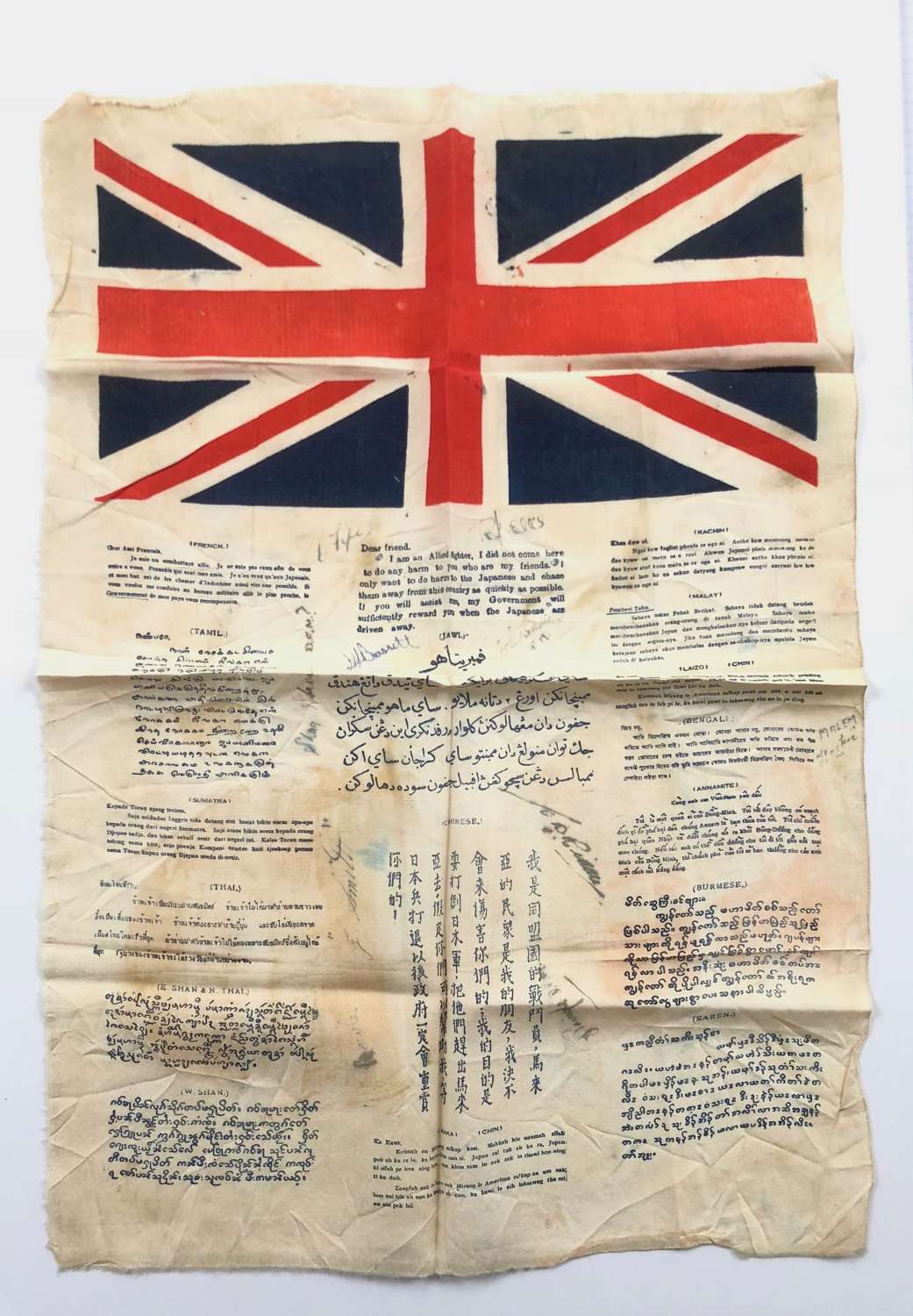 WW2 RAF Escape & Evasion Silk “Goolie Chit” Signed
A good scarce example of the “Blood Chit” designed to help Downed RAF aircrew get help from the locals, with the promise of a large reward if they help the carrier back to British lines. Printed single sided with large Union Flag also various languages. This example has a number of ink signatures, presumably friends or aircrew member of the original carrier. Slight wear. 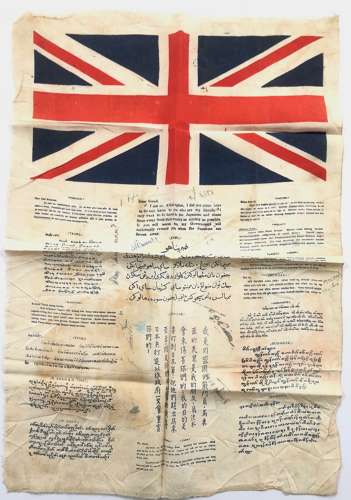 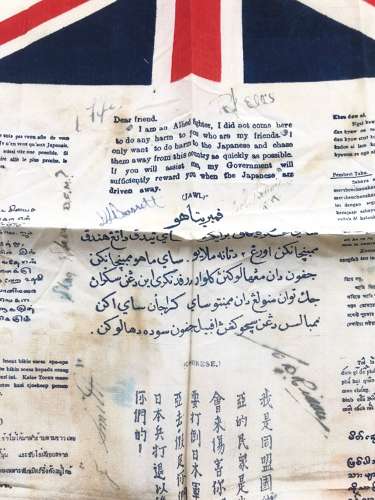 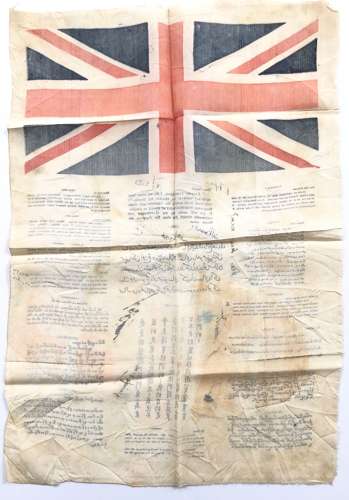