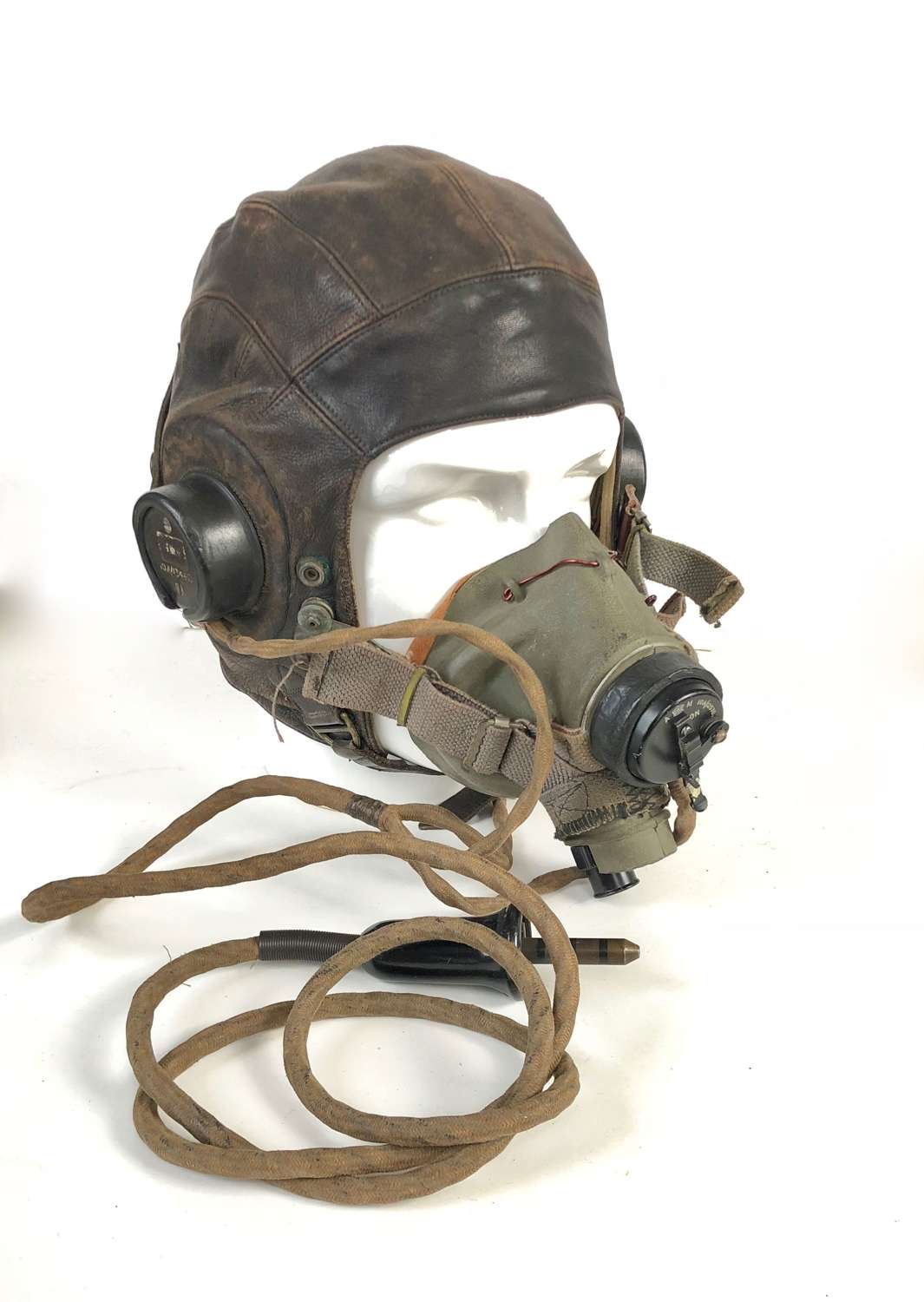 This combination appears to have been together for considerable time and is attributed the 2220225 Sergeant Derrick Reuben Tomlinson who flew as aa Air Gunner with 103 Squadron and was killed in air operations on the 29th September 1944. Comprising: 1st pattern C Type flying helmet, tailored for external wiring loon and with leather chinstrap. The interior retains ear pads and clear ink name with service number. External wiring loom attached to a superb example of the G type rubber oxygen mask, this with no cracks or damage. A very good example of a mid war flying helmet combination.

2220225 Sergeant Derrick Reuben Tomlinson enlisted at Birmingham into the RAFVR after 1942, volunteering for aircrew duties, he was trained as an Air Gunner and posted to 103 Squadron which operated the Avro Lancaster Bomber. On the night of the 28th July 1944 he was briefed for operations to Stuttgart, his aircraft was shot down near Muchingen 9KM from the centre of Stuttgart. 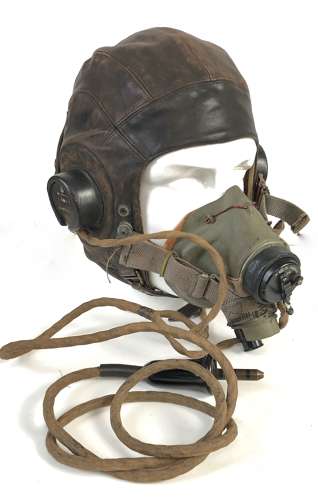 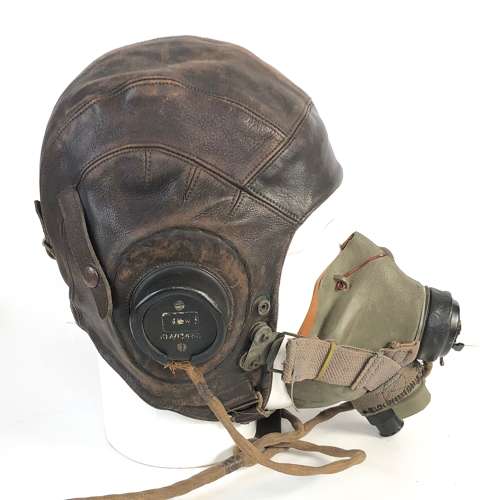 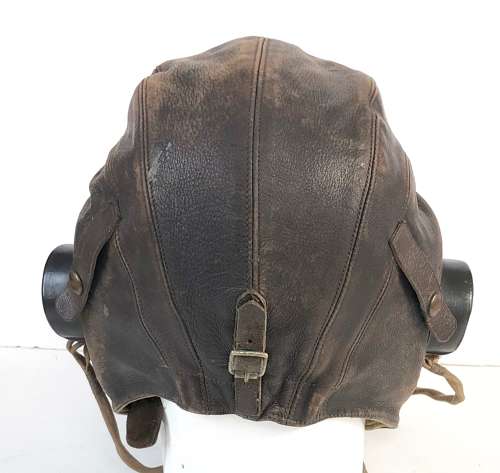 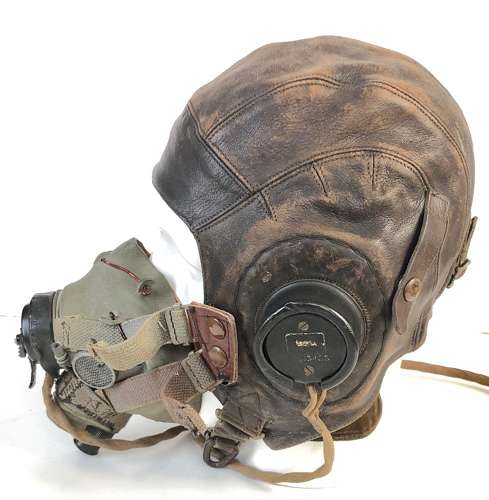 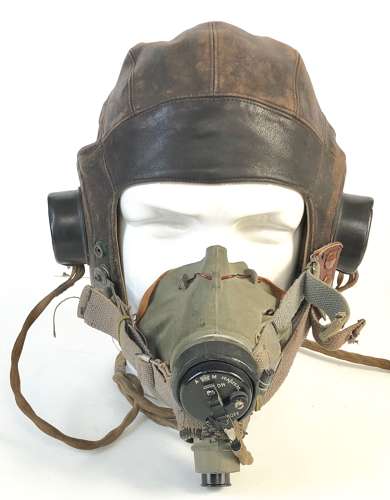 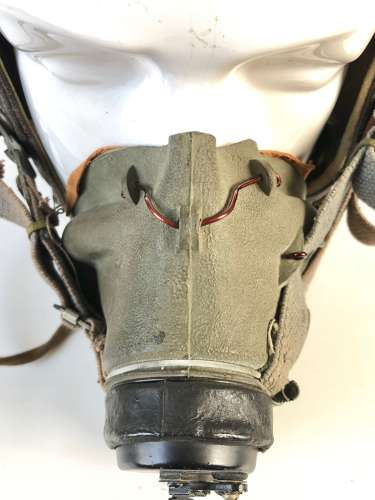 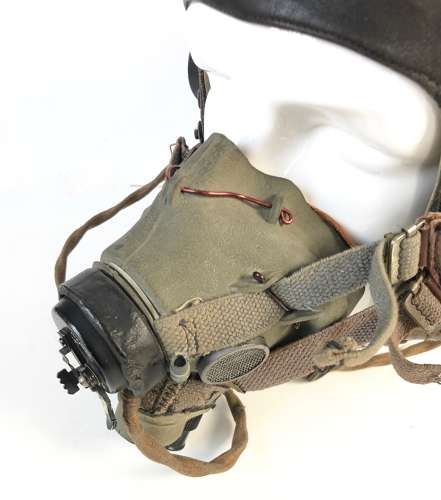 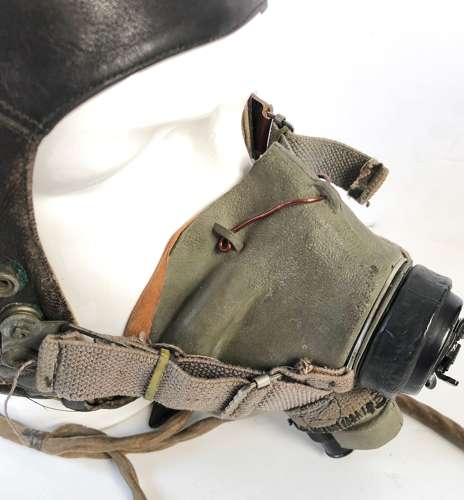 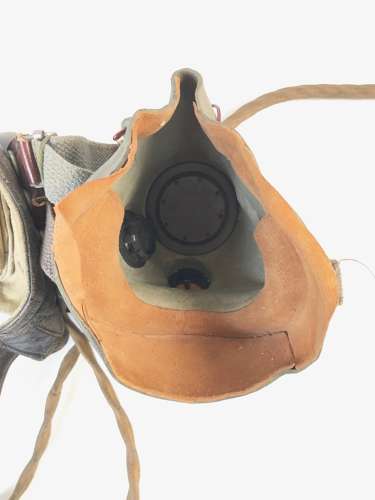 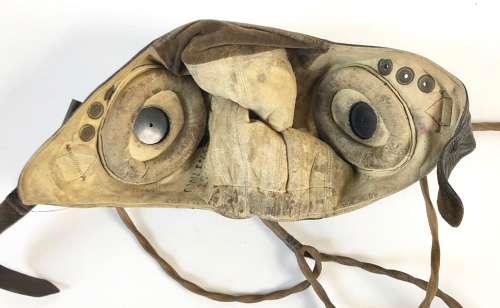 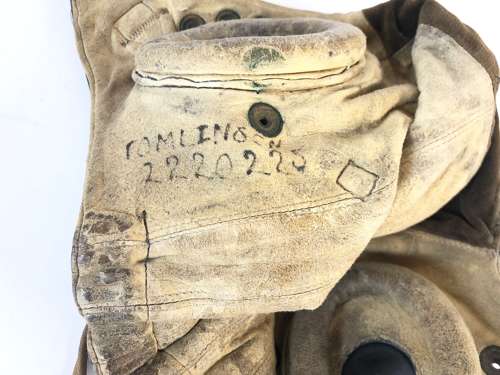