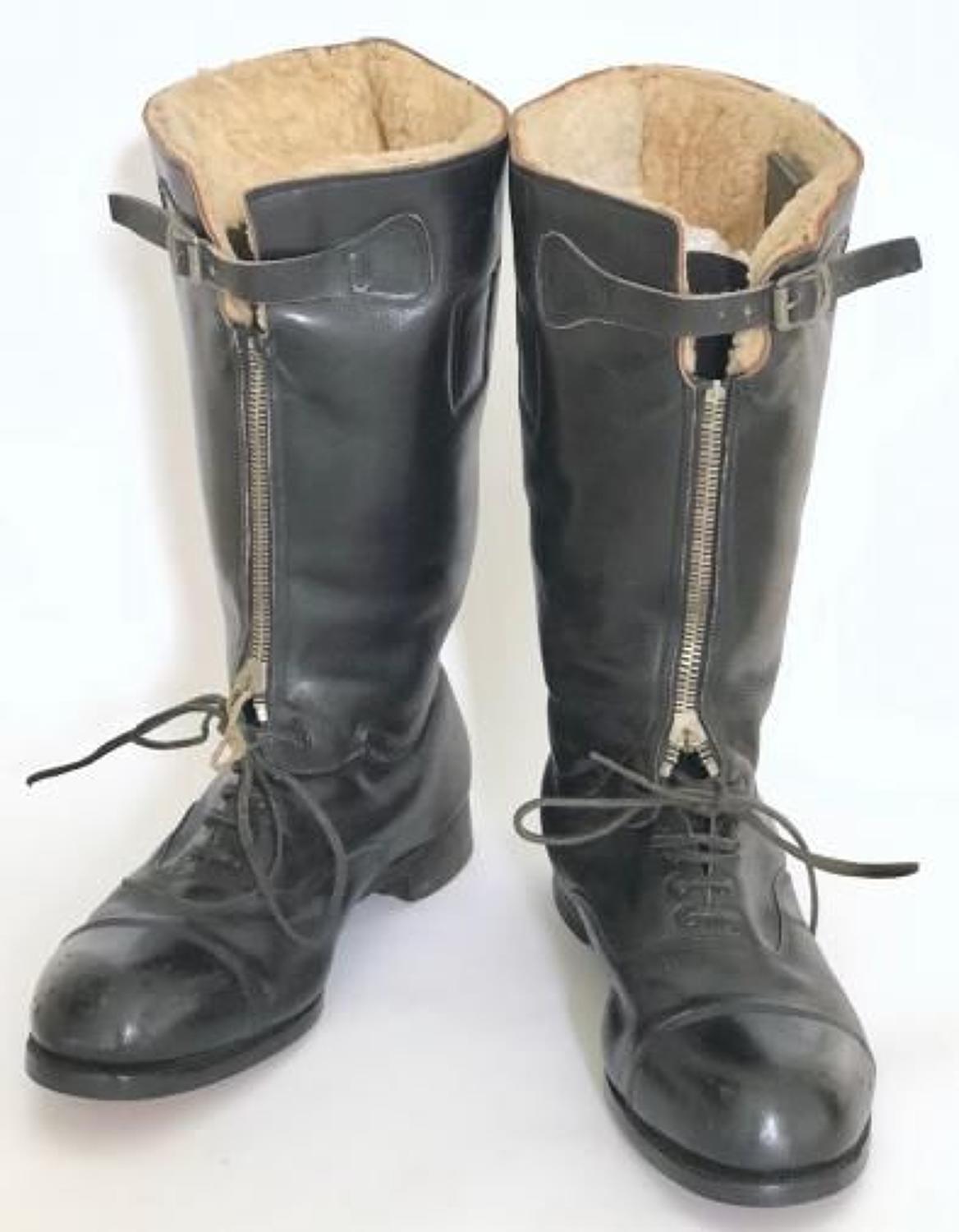 A extremely rare pair of the pattern similar to the later 1943 RAF Escape boots. This pair with a black polished leather upper section has a zip to the front indicating first pattern issue. The interior with sheepskin lining. Complete with alloy zips, these in running order, but one zip may need a little attention. The pullers to the zips are absent, but this seems to be a common feature of three pairs I have seen in 30 years all have had pullers absent. The interior with sheepskin lining. Retaining original heels, now with later leather soles (see Photograph). Overall GC used condition This pattern of boot was developed by MI9 Mr Clayton Hutton. Two patterns were produced, this with a zip to the front and the second pattern with a slightly offset zip arrangement. The later pattern were fitted with a brass zip, maybe due to the problem with the weakness of the pullers. Both patterns were produced in very small numbers. In production for only about a year, for both types, makes this pair probably the rarest of RAF issue flying boots of WW2 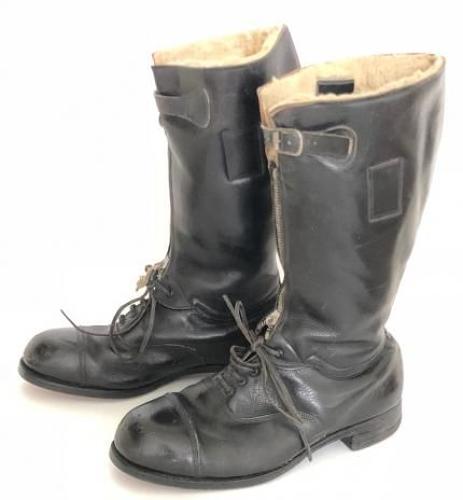 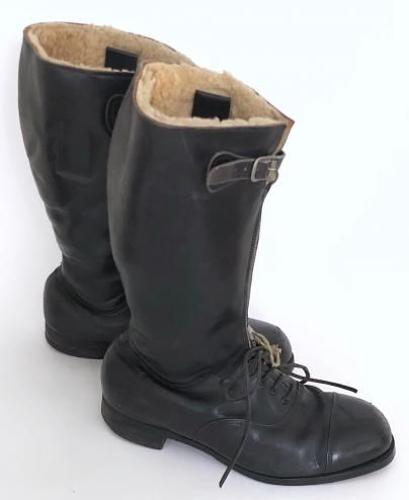 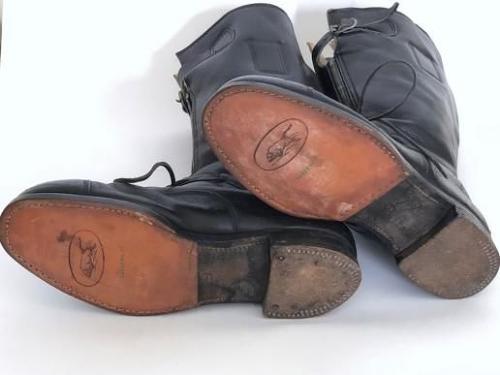