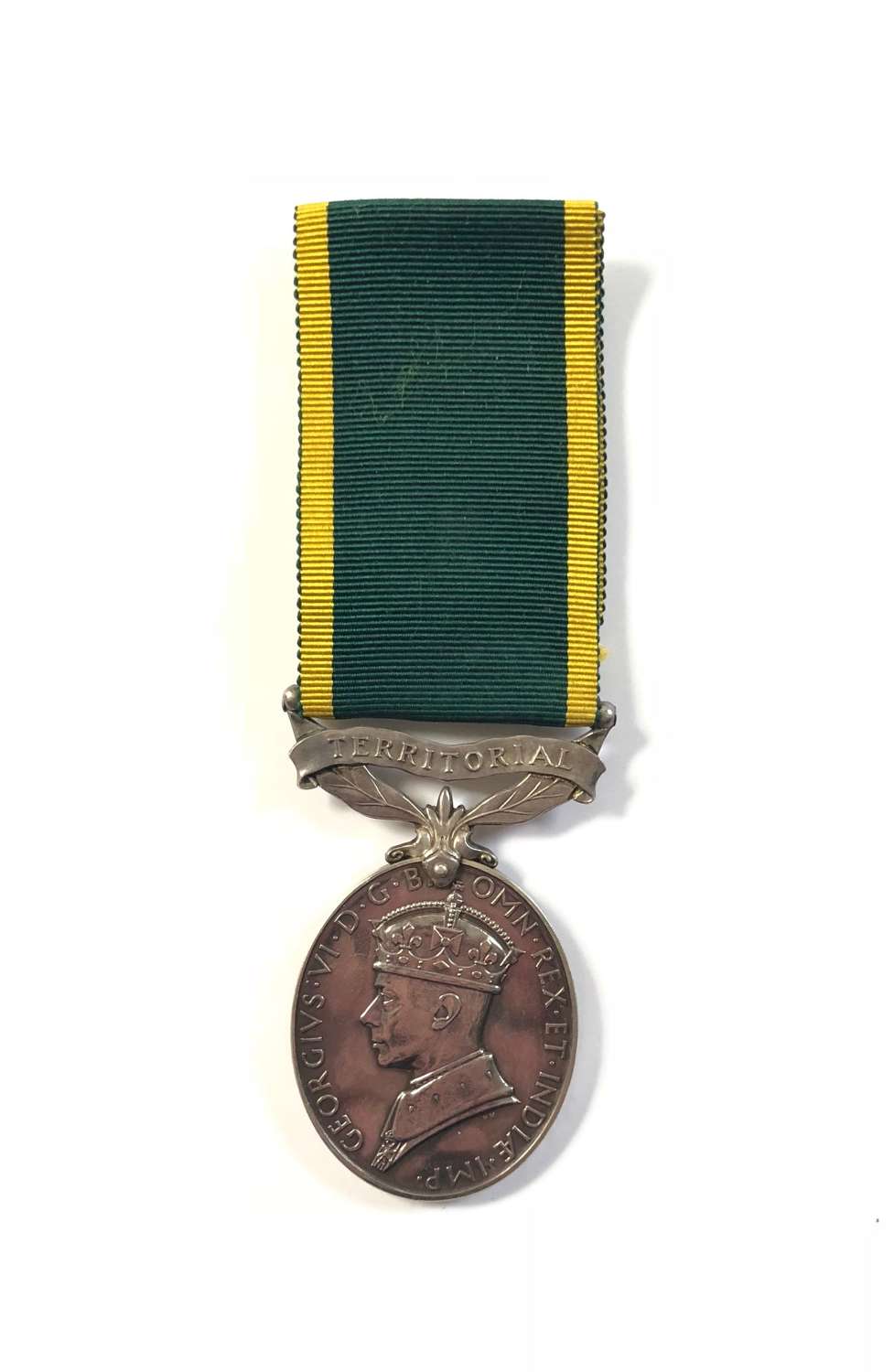 This Territorial Efficiency Medal was awarded to 4742858 Private Cyril Vaines, who originally served with the Coast Defence and Anti-Aircraft Branch,  Royal Artillery TA before transferring to the King’s Own and being Killed in France with the British Expeditionary Force.

The TEM was awarded in 1940. Originally serving with the Coast Defence and Anti-Aircraft Branch, he transferred to the King’s Own taking his original regimental number with him. He was reported missing in the 21st May 1940, whilst serving with the 6th Bn King’s Own. His name appeared on the casualty list published previously Missing now Killed. He was from Rotherham, his wife living at Holyland Yorkshire.