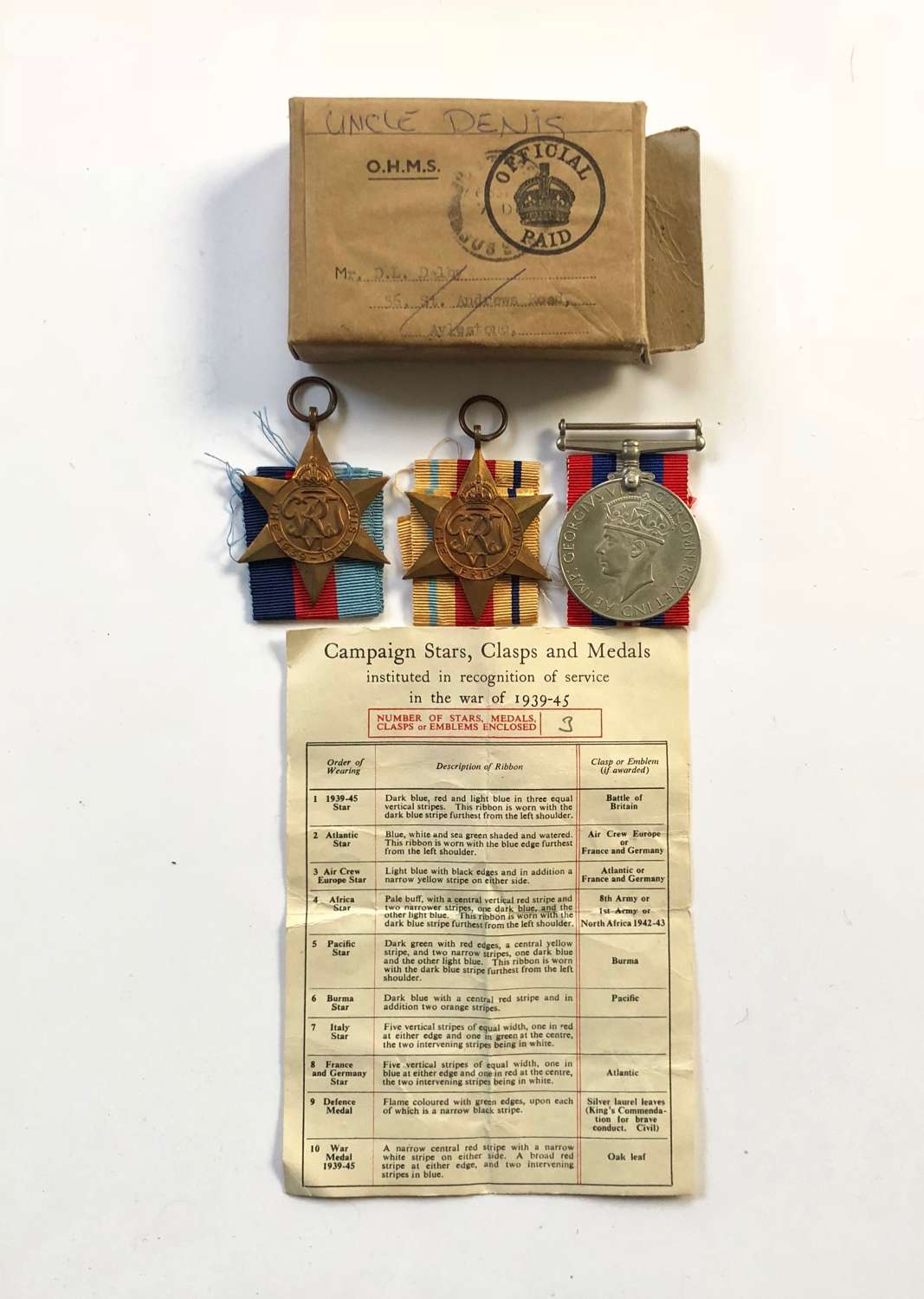 Comprising: 1939/45 Star, Africa Star, War Medal. Medals are loose complete with original ribbons and Army forwarding slip. Contained in original box addressed to D.L. Dalby 56 St. Andrews Road Aaylestone Liecestershire. VGC.
Attributed to 5891748 Private D.L. Dalby who was serving with the 5th Bn Northamptonshire Regiment.
Reported on the 26th December 1942 as missing believed wounded for an action on the 28th November 1942 in North Africa, whilst serving with the 5th Bn. On the 5th May 1945 he was noted as released from a German POW camp.
The 5th (Huntingdonshire) Battalion in November 1942 were serving in North Africa and took part in operational Torch, landing in Algeria on 9 November 1942. 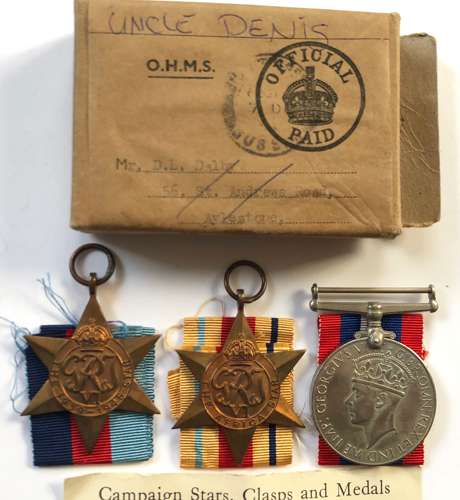 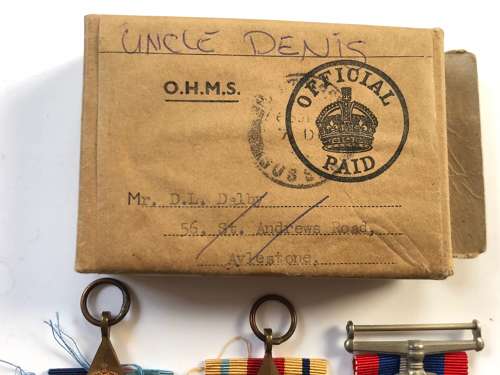 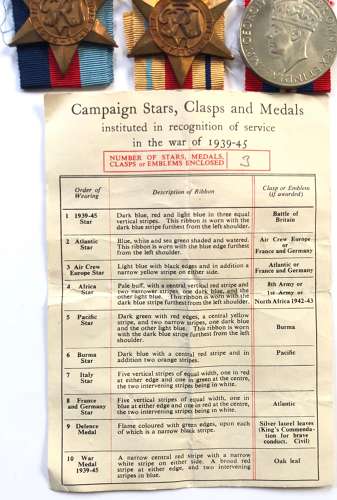