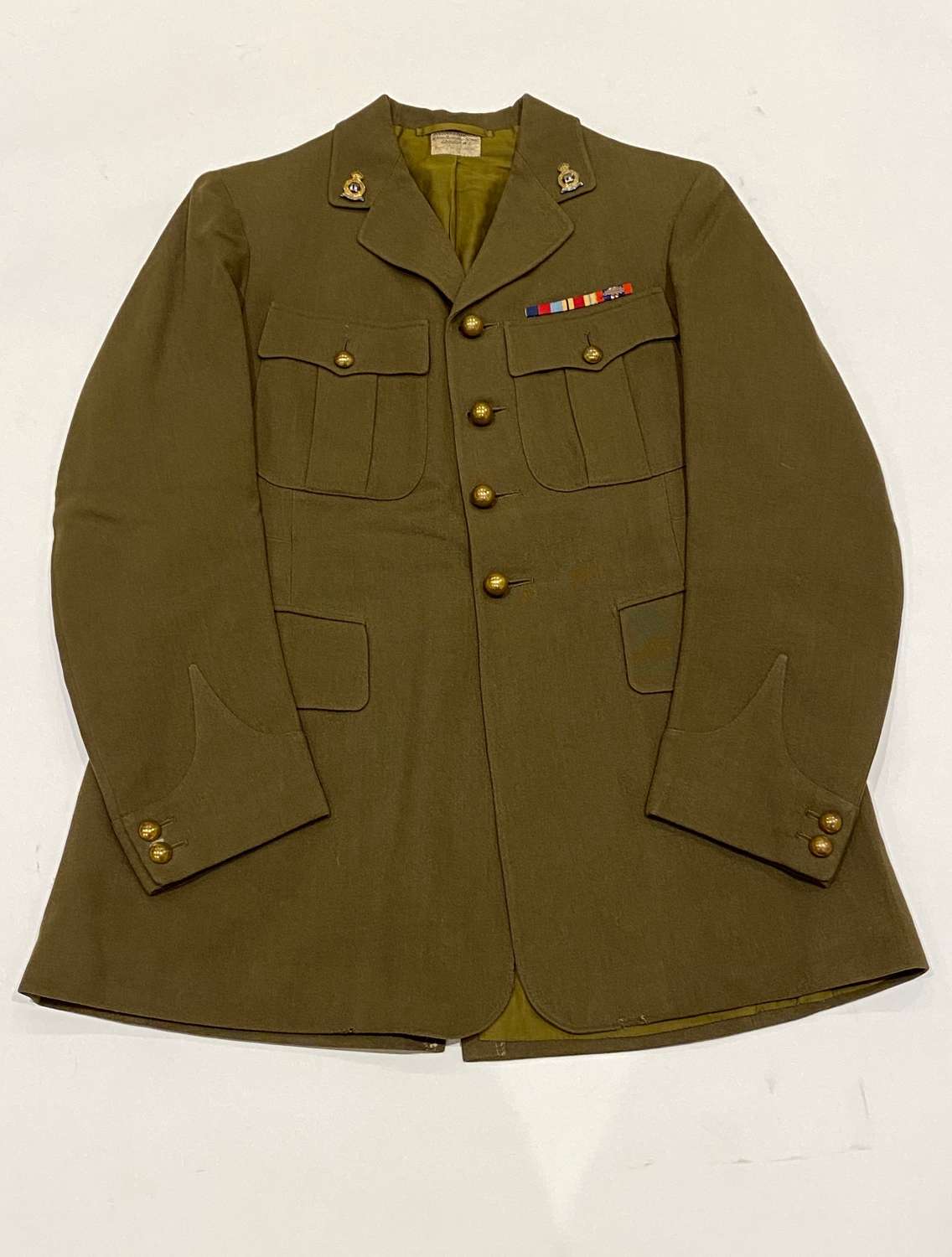 An extremely rare example worn by Lt. Colonel Peter Webster Dollar was was captured 1941  and in January 1943 after many escape attempts arrived at the notorious Colditz Castle.

The service dress tunic is of the cavalry pattern tailored with plain ball buttons, to the front, pockets and cuffs. Complete with 4th Hussars collar badges and medal ribbons to the left breast. The interior lining with original tailors label with ink name and date. The shoulder straps with again cavalry pattern cloth rank Crown stars with bullion wire highlights indicating Lieutenant Colonel
The tunic with one or two scattered moth not effecting the overall appearance.
Approx size armpit to armpit.

Lt. Col Peter Webster Dollar 4th Hussars 2nd Armoured Div served in Greece and was captured at Corinth in Greece on 9 May 1941.  He was imprisoned in Germany for the next 4 years.  He was a persistent escaped using various tunnel attempts.  Due to this attitude he was sent to Colditz arriving 14/1/43.  During this time he was court marshalled by the Germans for insulting a German Officer.  Major Dollar awarded MiD oak leaf for repeated attempts to escape whilst in enemy hands, Aug 1943. 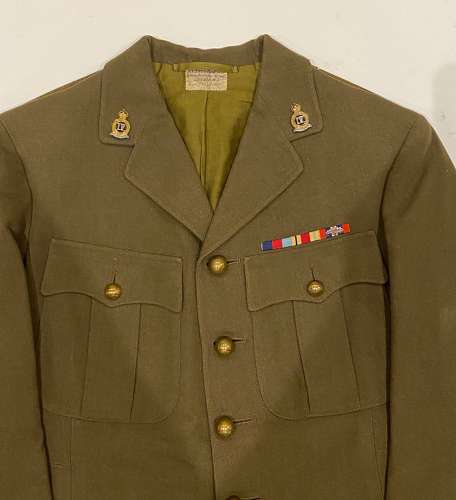 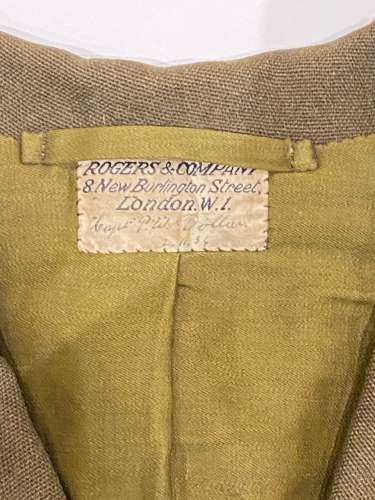 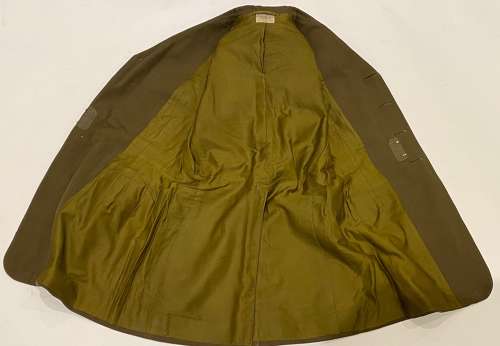 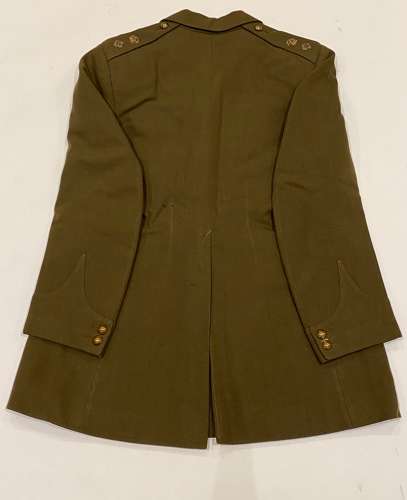