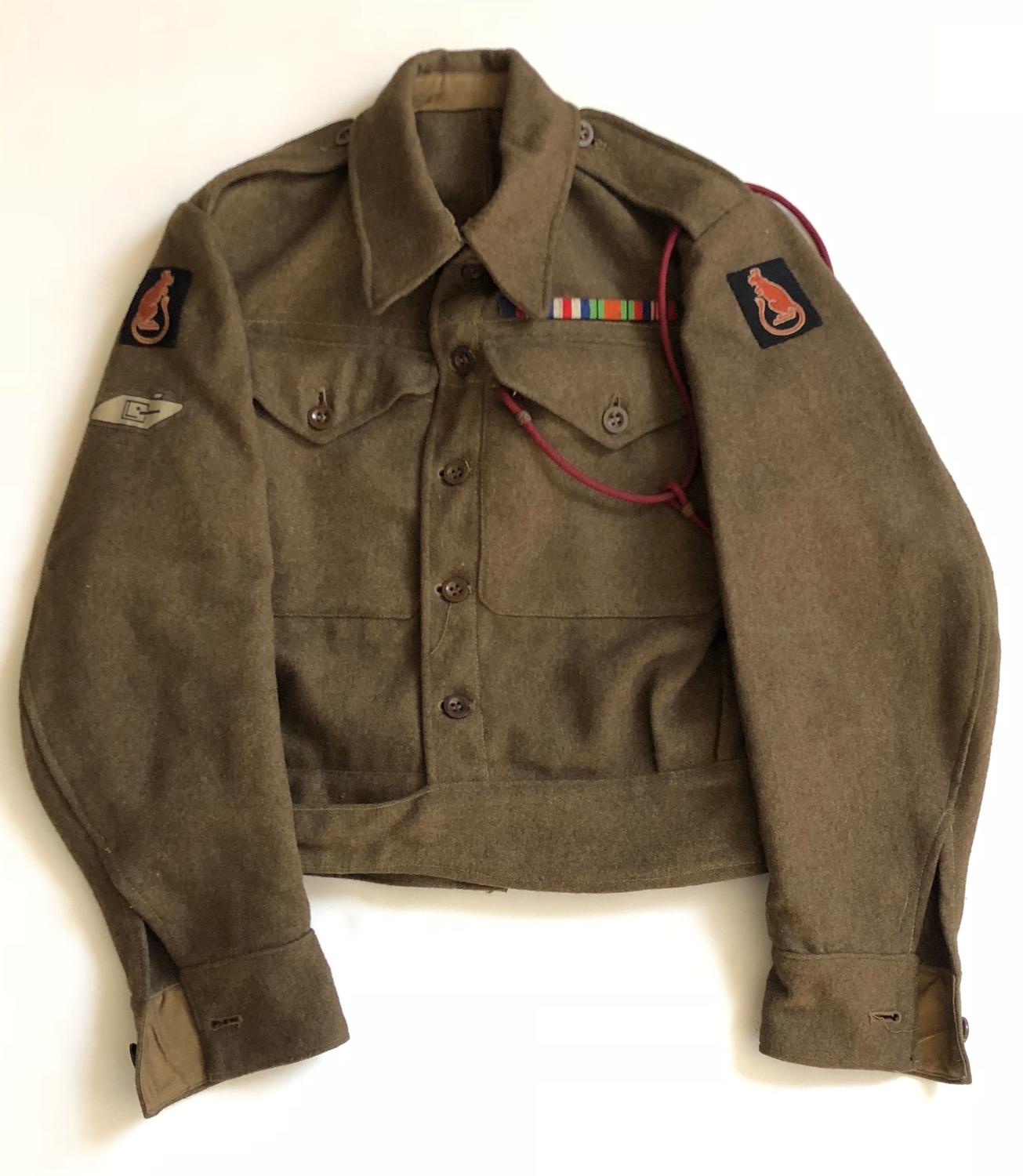 A good example of the 1940 pattern blouse worn by Trooper F.J. Nichols Royal Armoured Corps and Royal Tank Regiment. The blouse with 7th Armoured Division badges to each arm with the addition of the printed Tank sleeve badge. Original medal ribbon bar of the 1939/45 Star, France & Germany Star, Defence Medal, War Medal and retaining crimson lanyard. The interior with issue label 1945 Size 4. The blouse is accompanied by original ephemera including his service record and  Testimonial on his discharge from the British Army on the Rhine 31st October 1946. Good sleepy untouched condition 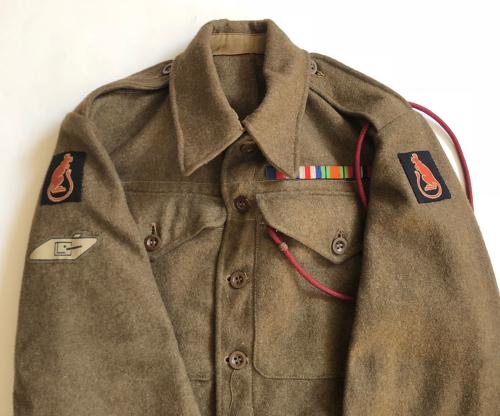 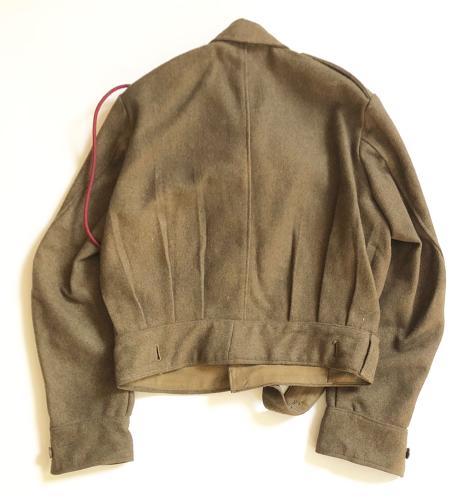 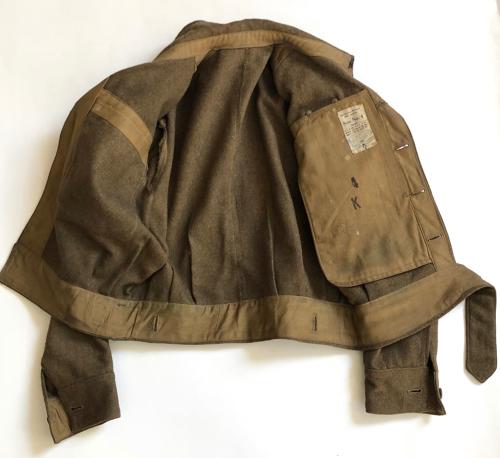 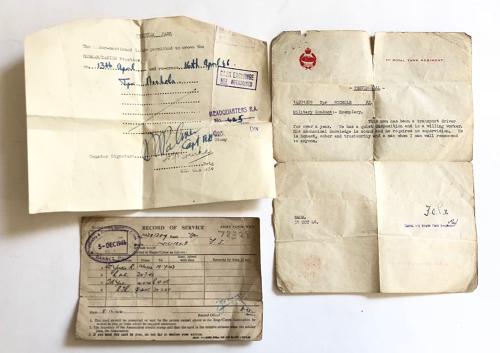 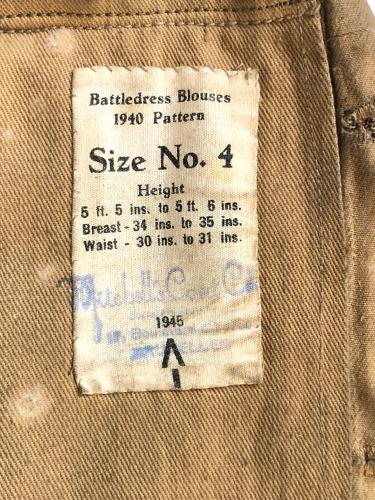