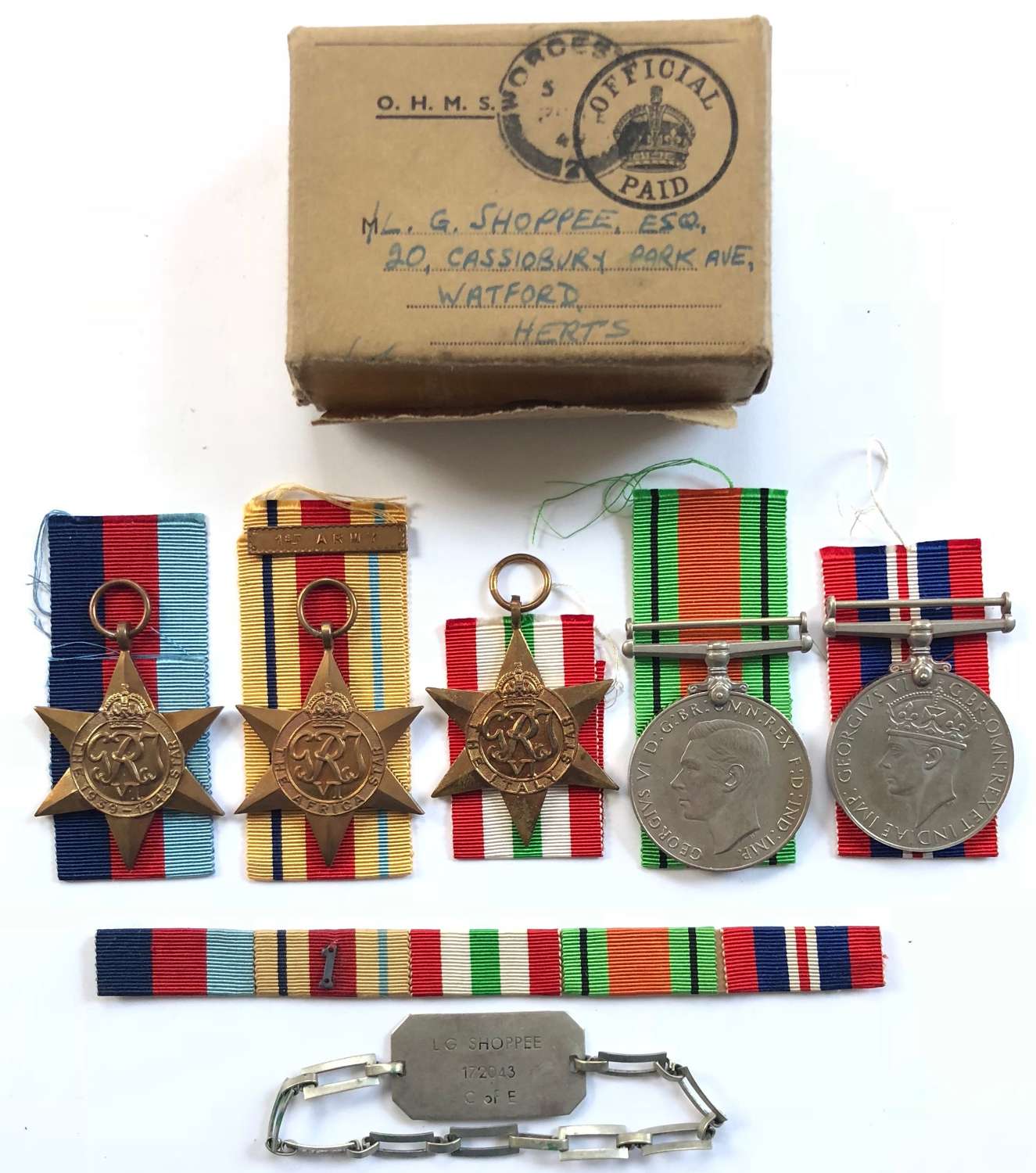 Captain (Acting Major) Laurence Bertram Shoppee was from Watford and worked for the London North Eastern Railway Company, volunteering for service he was commissioned into the Royal Engineers and was appointed to the Railway section, he is also noted as serving attached to a mounted infantry unit.

Captain Laurence Gordon. Sheppee was born in 1916 relationship is confirmed. 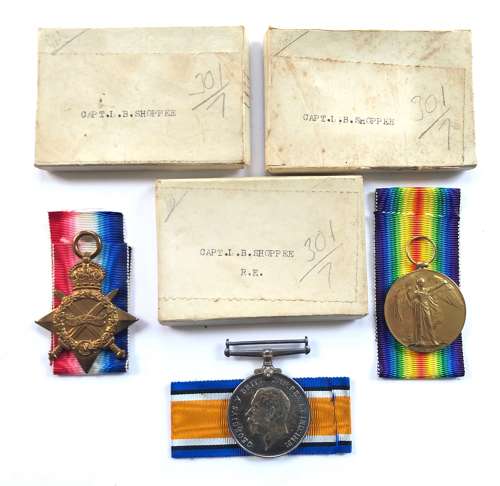 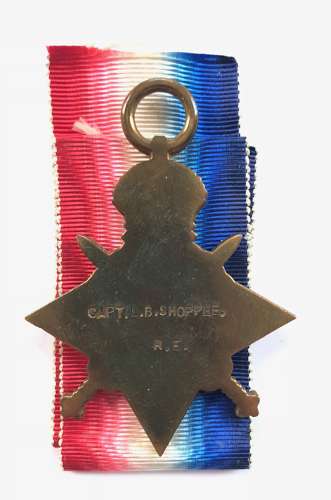 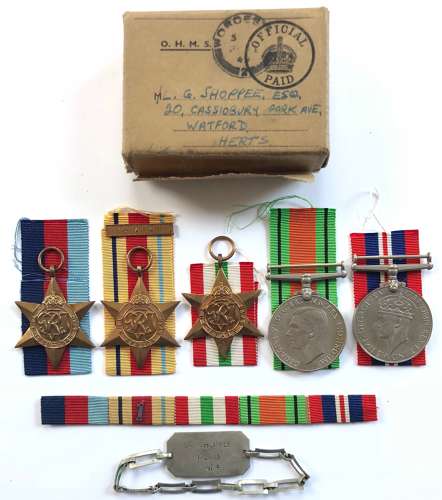 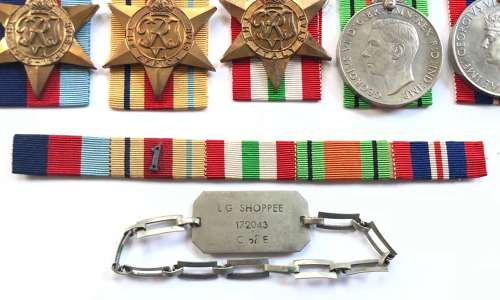