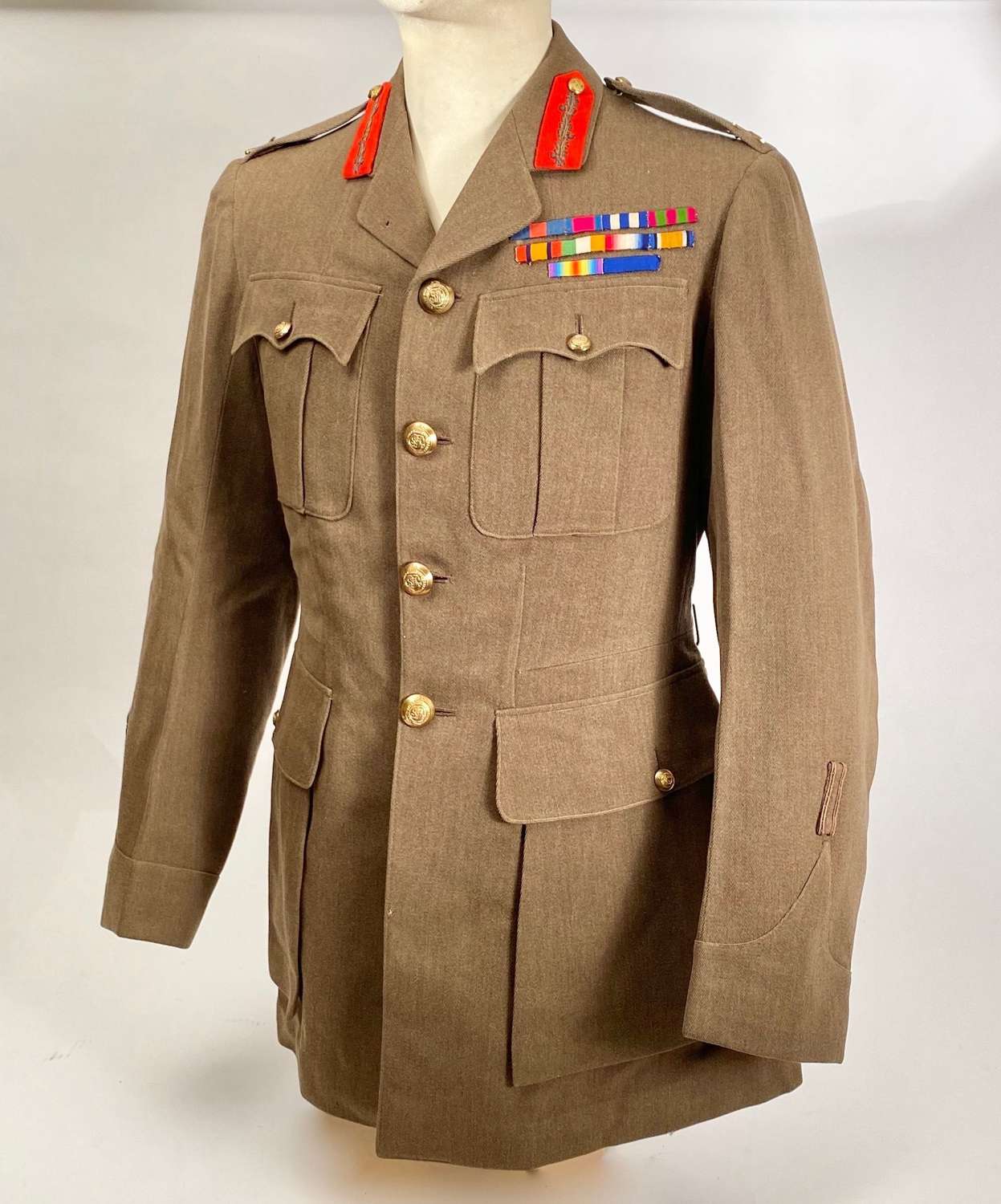 A very rare attributed Generals tunic worn by Brigadier General D.R. Sladen CMG, DSO a veteran of a number of Victorian campaigns and at the start of the Great War commanded the 1st and later 2nd Bn of the KOSB, he wounded twice during WW1.

The tunic is tailored by Hawkes of London with clear ink name “General D.R. Sladin”. The left breast with medal ribbons: CMG, DSO, Egypt Medal, India Medal, Queen’s & King’s South Africa medals, 1914/15 Star, BWM, VM, Khedive’s Sudan Star. The buttons are Staff pattern (as originally tailored), the collar with General scarlet gorget patches and to the shoulder straps crossed sword and baton rank badge.  To the cuffs two bullion wound badges and four overseas chevrons, one being red for 1914. The tunic is in very clean condition, but with some moth which does not effect the overall appearance. A very good fresh tunic.

Brigadier General D.R. Sladen CMG, DSO. was born in 1869 and was commissioned into the King’s Own Scottish Borderers in 1888 and took part in the Sudan Campaign of 1888-9. Promoted Captain in 1897 and then served in the Tirah Expedition where he was slightly wounded, twice mentioned in despatches and created a Companion of the Distinguished Service Order (London Gazette 20.5.1898) . Serving in the Boer War he was mentioned in despatches. At the outbreak of the Great War he was promoted Lieutenant-Colonel he landed in France with the 1st Bn KOSB, he was wounded, twice mentioned in despatches and was awarded the C.M.G. During the war he commanded the 15th Infantry Brigade, which was part of the 5th Infantry Division. 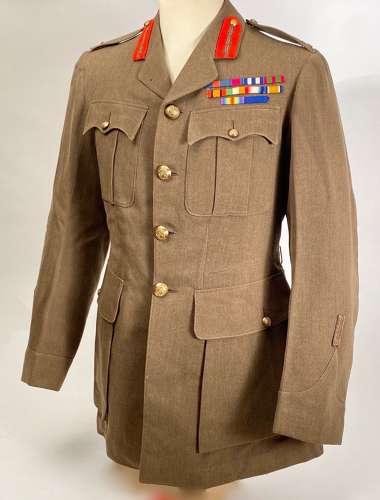 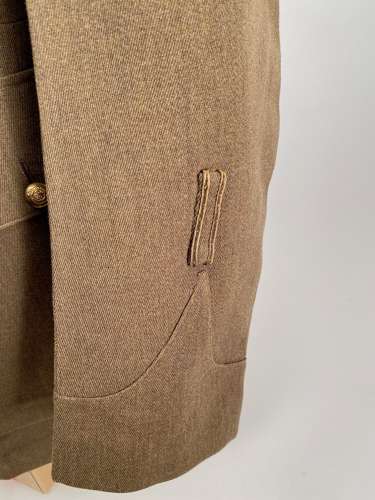 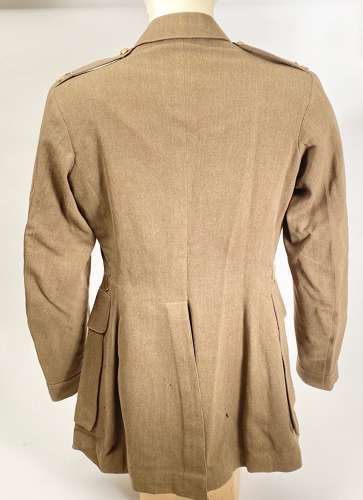 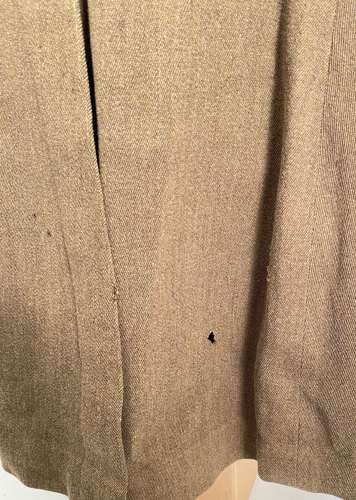 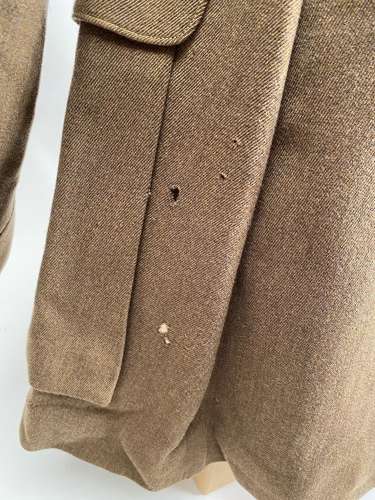 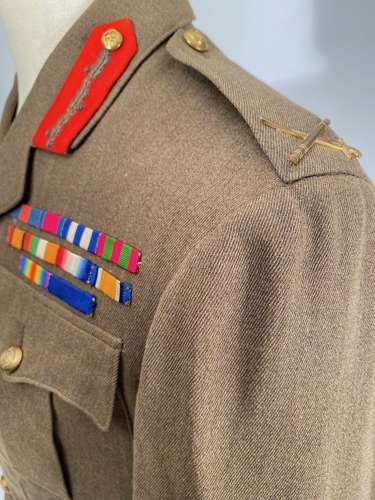 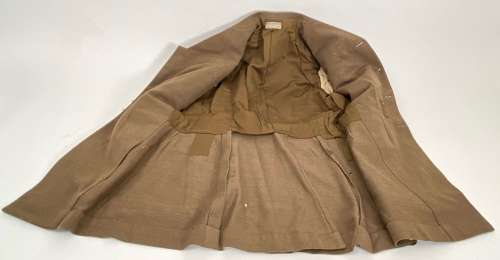 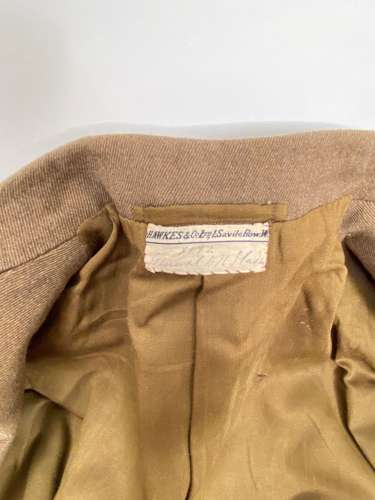 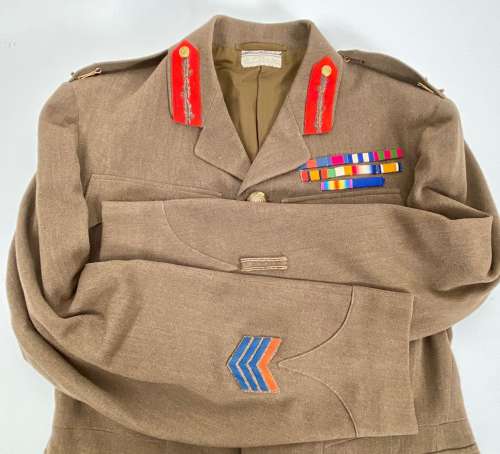