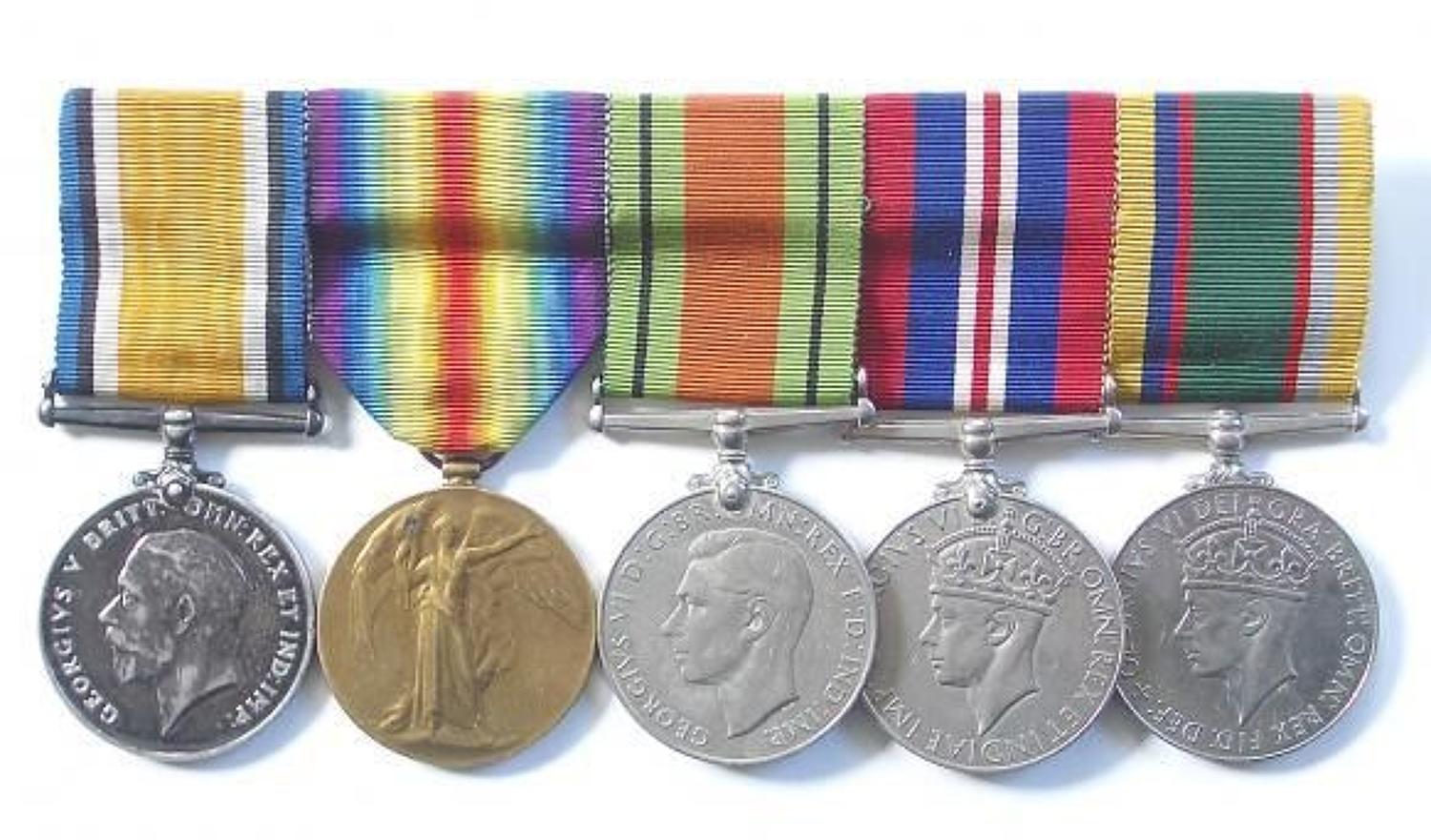 Captain Harries is confirmed as been issued the BWM & VM for service during the Great War. He was awarded the Cadet Forces Medal on the 19th May 1953, then serving with the City of London Army Cadet Force and resigned his commission due to age on the 31st March 1959.