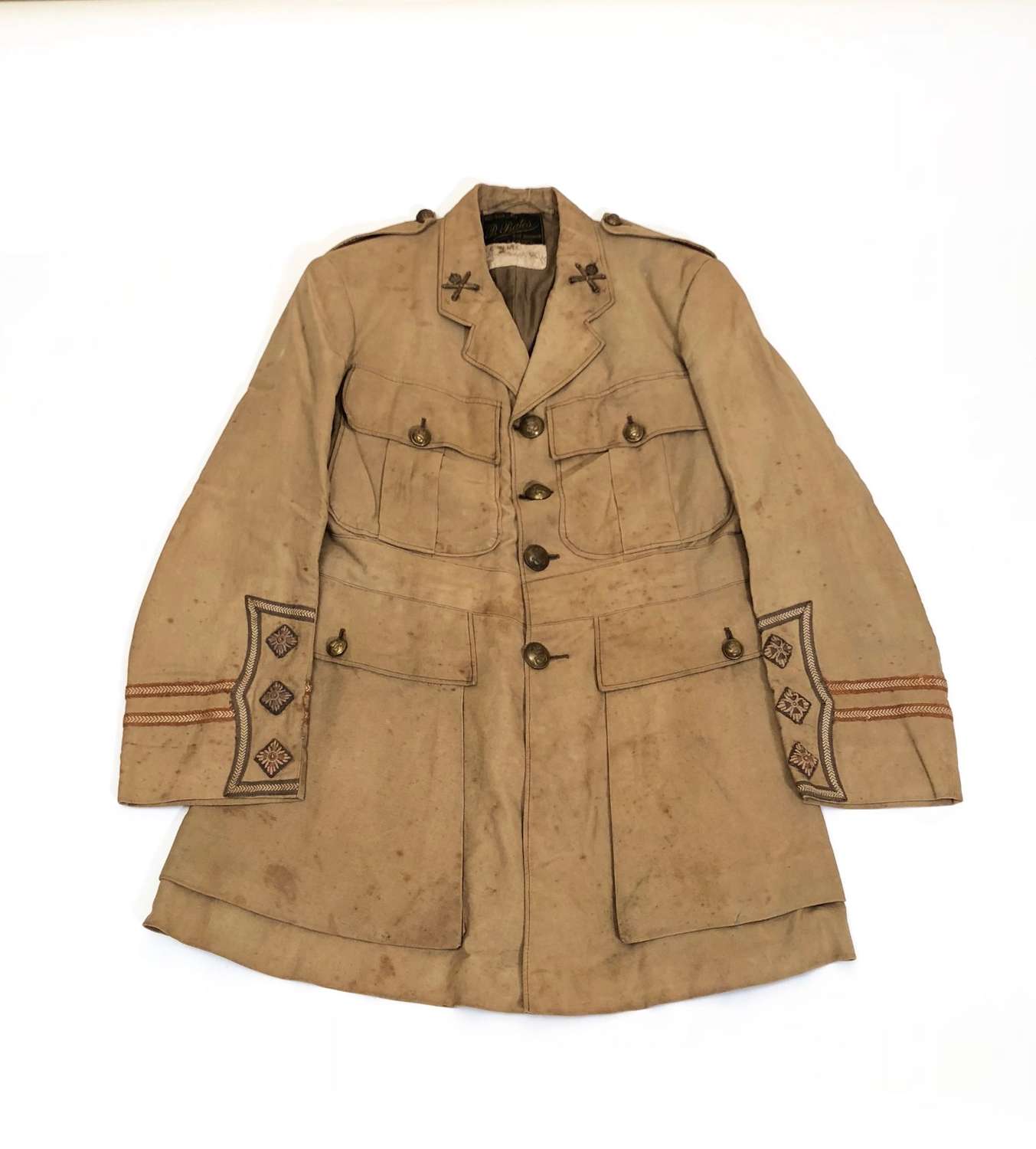 This field worn example was worn by Captain Frederick Charles Wake who was commissioned onto the 11th Bn South Staffordshire Regiment and attached to the Machine Gun Corps.

The tunic is made from a light weight material, with cuff lace rank, it is interesting to note that the lace is not matching which would indicating that the new rank was tailored in theatre, with limited resources. Complete with matching South Staffordshire Regiment buttons, the large four buttons detachable. Complete with matching three loop MGC collar badges, a single hole present which would have originally accommodated the South Staffs collar badges which are wider. The interior with full material lining and tailors label of B Bates of West Bromwich and Cannock. Also a label with ink name “F.C.WAKE 11TH SOUTH STAFFS”. The overall condition is good untouched as found condition. A very rare field worn front line tunic.

Captain Frederick Charles Wake was commissioned onto the 11th Bn South Staffordshire Regiment on the 21st September 1915, at that time the 11th was a holding Bn based at Cannock Chase, interesting to note this is where the tunic was tailored. Being attached to the Machine Gun Corps, he landed in France June 1916. 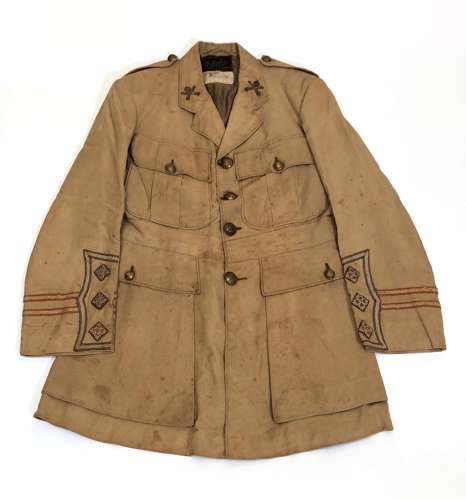 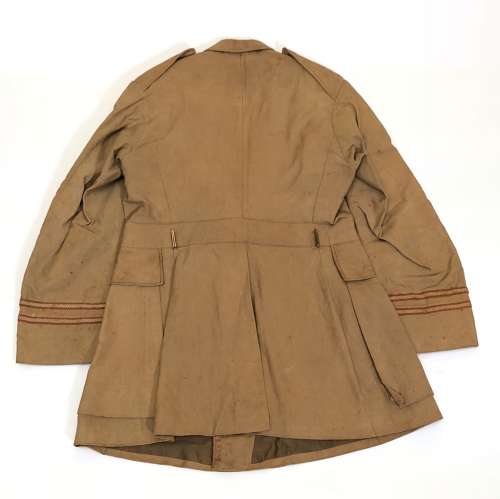 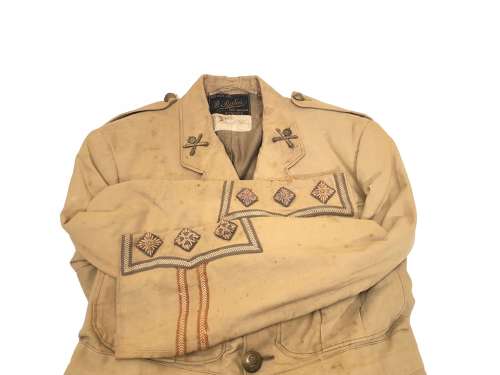 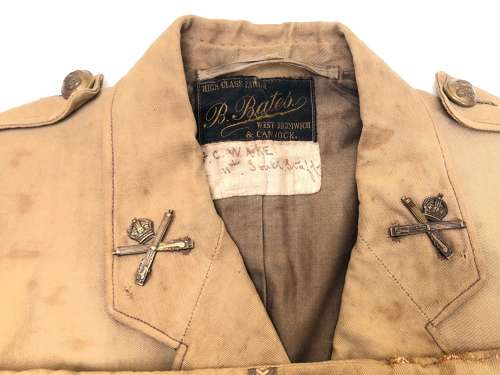 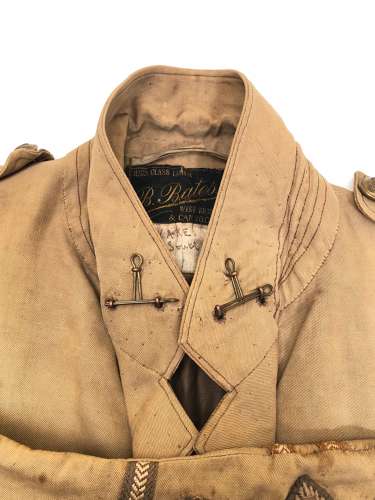 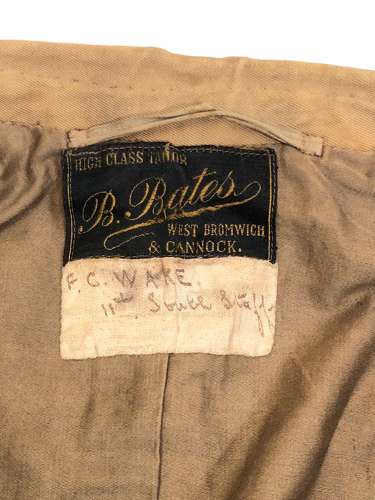 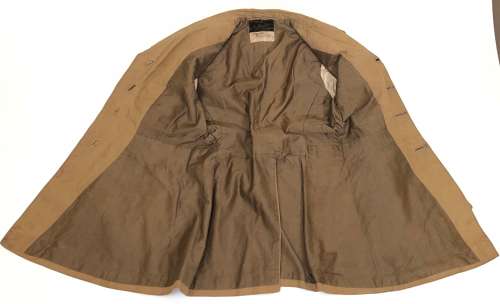