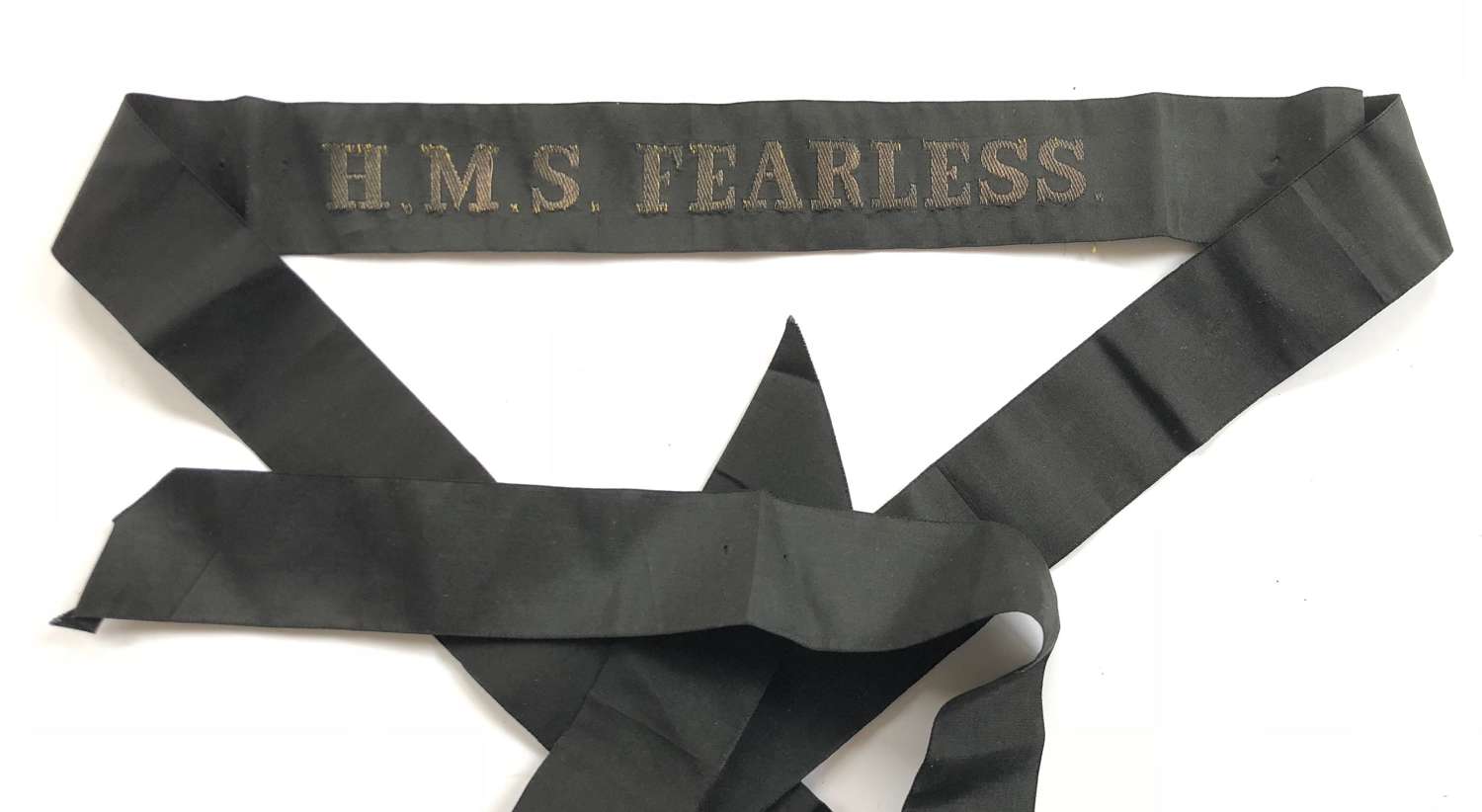 The design and length of this example clearly indicates a WW1 example.
HMS Fearless was an Active-class scout cruisers launched in 1912. During the Great War she saw action at Battle of Heligoland Bight and the Cuxhaven Raid later that year. She later transferred to the Grand Fleet in early 1915 and played a minor role in the Battle of Jutland. She was scrapped in 1921