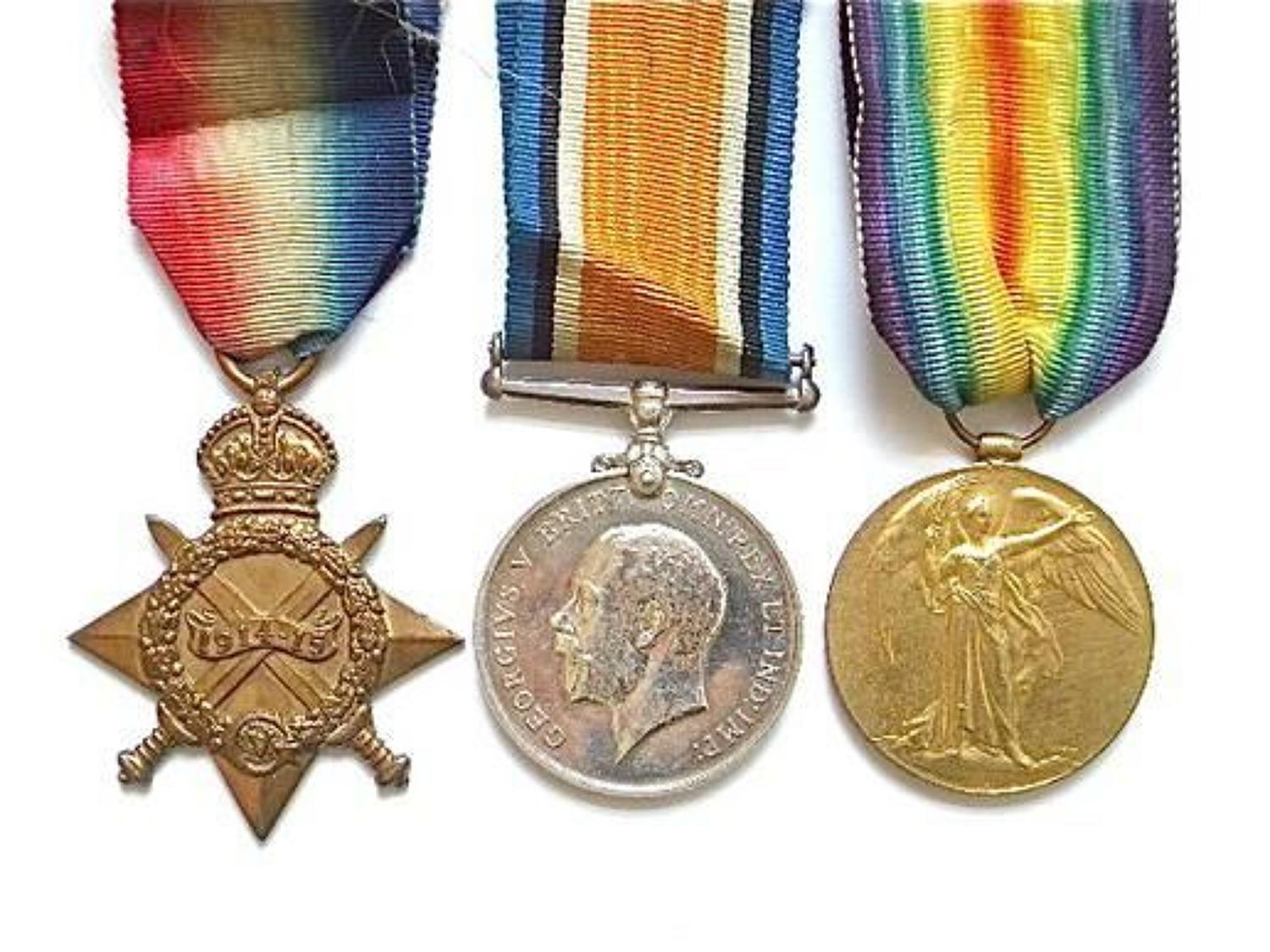 Awarded to “Lieut G.D.W. Turner RN”. Comprising: 1914/15 Star “Lieut RN”, British War Medal, Victory Medal “Lieut RN”. Medals loose. GC Lieutenant George Douglas Whittingham Turner was commissioned in 1913. At the outbreak of the war he was serving onboard HMS Antrim a Devonshire-class armoured cruiser. He remained with her until she was paid off in 1917. He died whilst on the half pay list on the 1st July 1920 and is therefore remberered on the CWGC Roll of Honour.