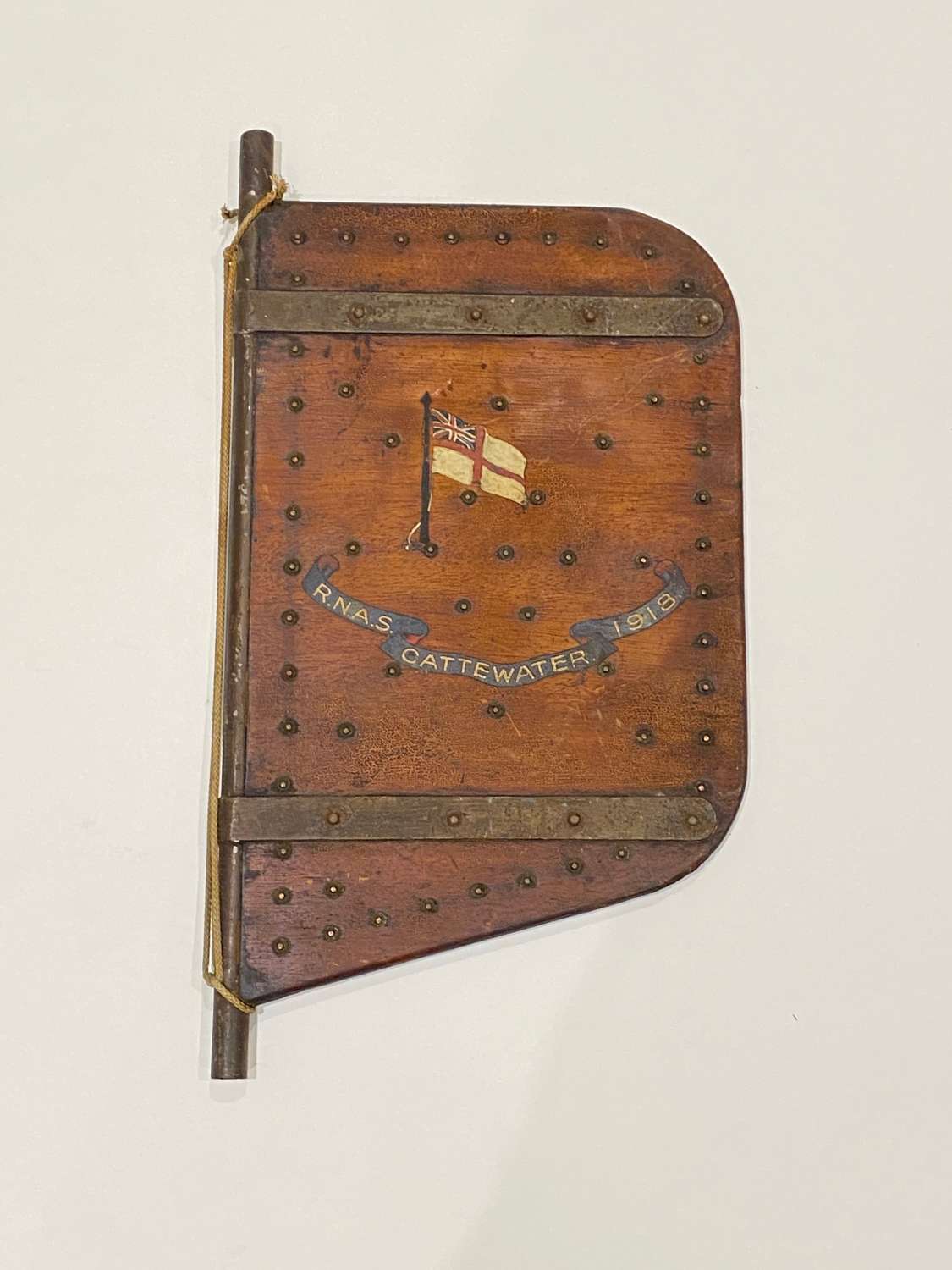 A rare and unusual example, made from what appears to be possibly a rudder from a small boat. Polished wood with copper mounts. Painted to the centre a White Ensign and title. Overall GC. Height 17 1/2 inches.

As early as 1913 the sheltered Cattewater in Plymouth Sound was used for seaplane trials and in 1916 plans to open a Royal Navy seaplane station were agreed. In February 1917 RNAS Cattewater was opened. It had a hangar for aircraft, storage and maintenance and a stone pier with a railway track that enabled a steam crane to place the seaplanes in and out of the water. The first aircraft based there were the Short 184 and these were soon followed by other seaplanes. Operational flying was carried out from Cattewater, mainly coastal patrols. In 1928 it was renamed RAF Mount Batten. 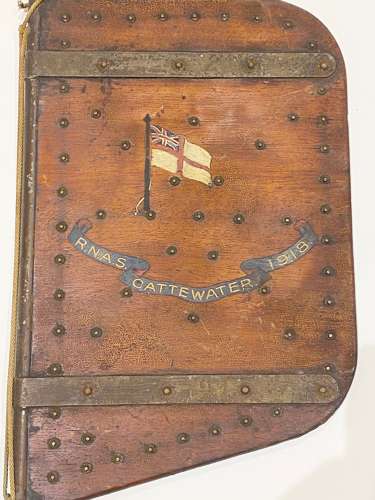 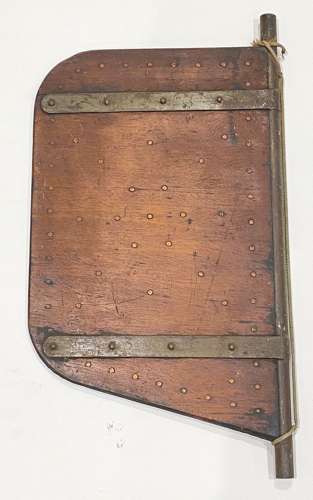