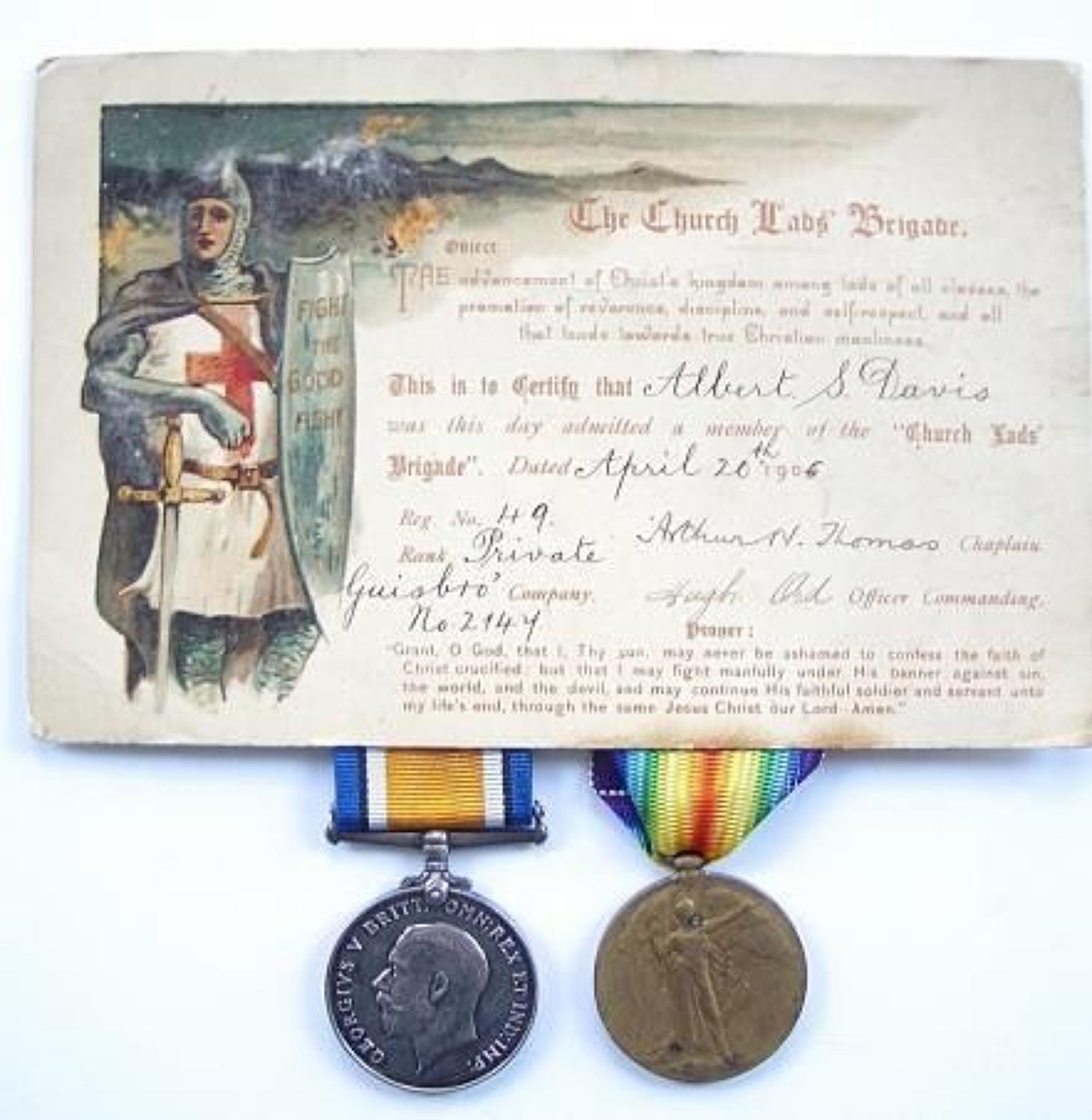 This British War Medal and Victory Medal were awarded to 34830 GNR A.S. DAVIES RA." Accompanied by his Church Lads Brigade Certificate, showing that he was serving in 1905.

Gunner Albert S Davies is confirmed as serving with the RGA and being issued the pair only. 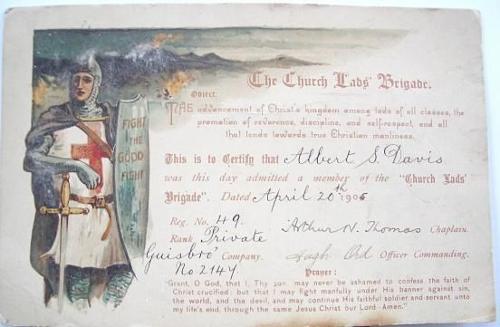