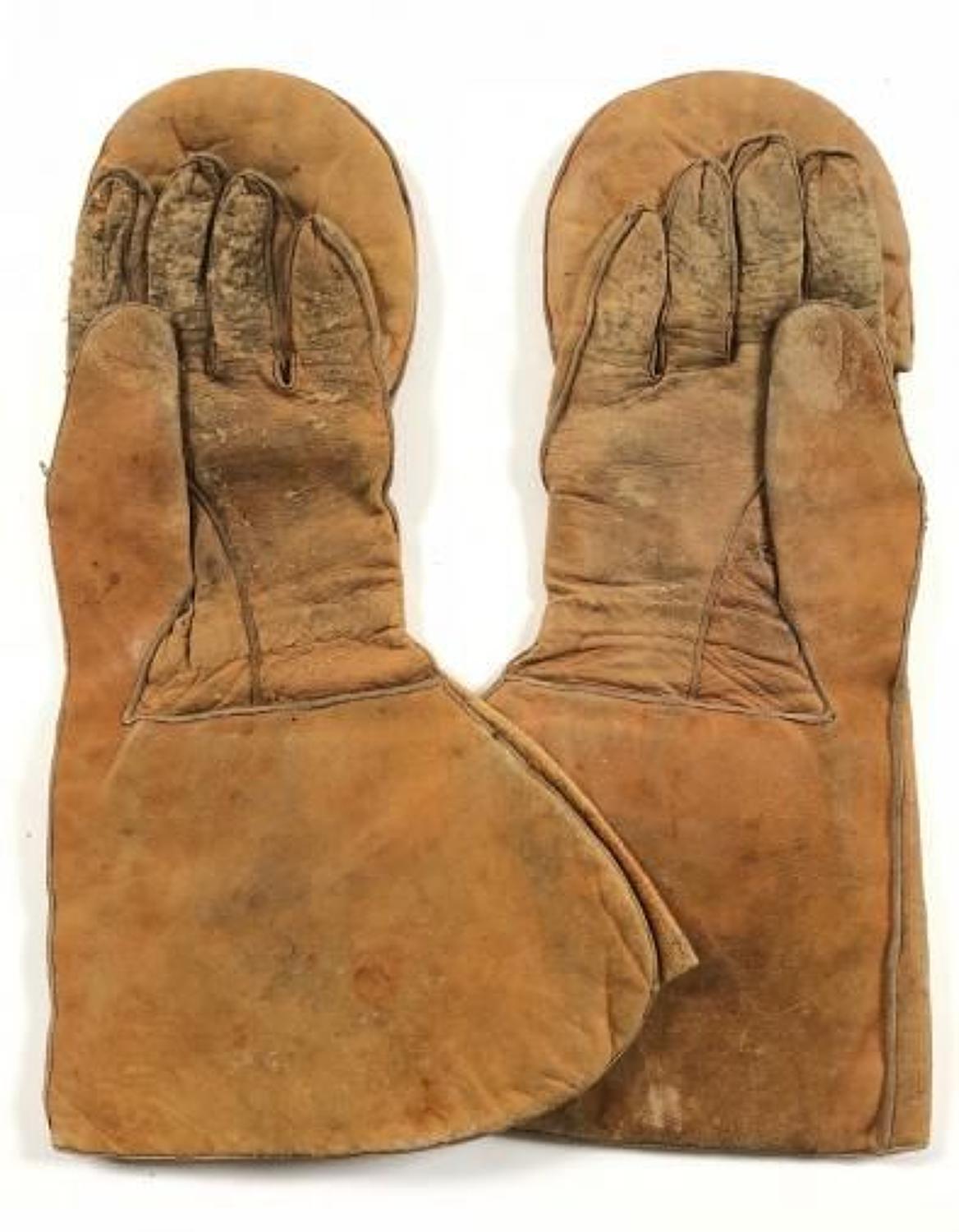 A rare pair of the finger mitten pattern. Soft light brown leather, tailored with fingers and a lambswool lined mitten flap, with press stud. The interior with various stamps including a crowned AM. Lambswool lining distressed, some service wear. This pattern of glove was introduced to RFC and later RAF aircrew during the Great War and continued to be issued throughout the 1920’s 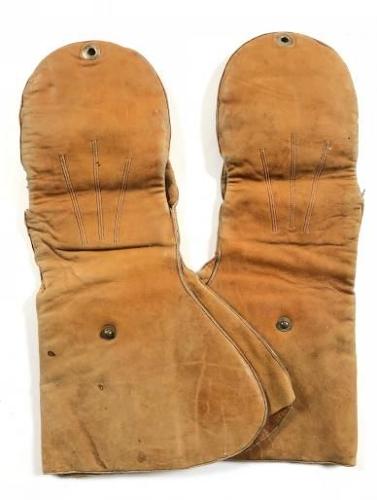 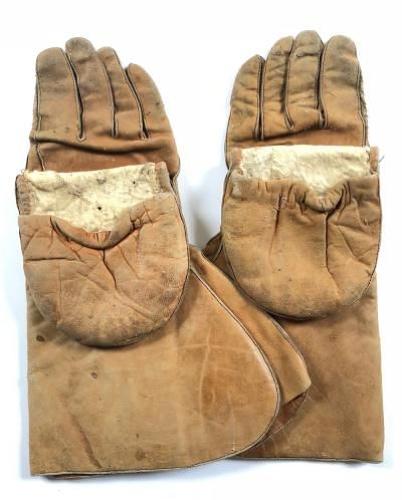 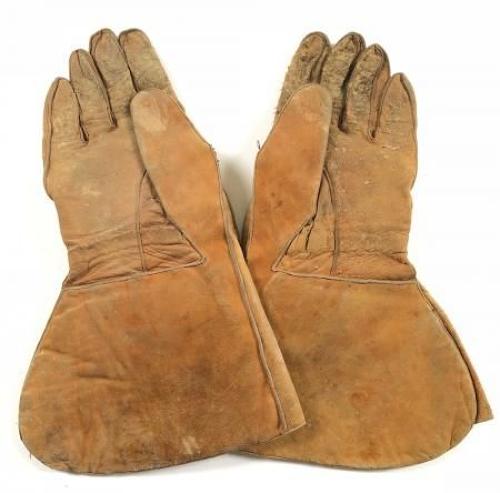