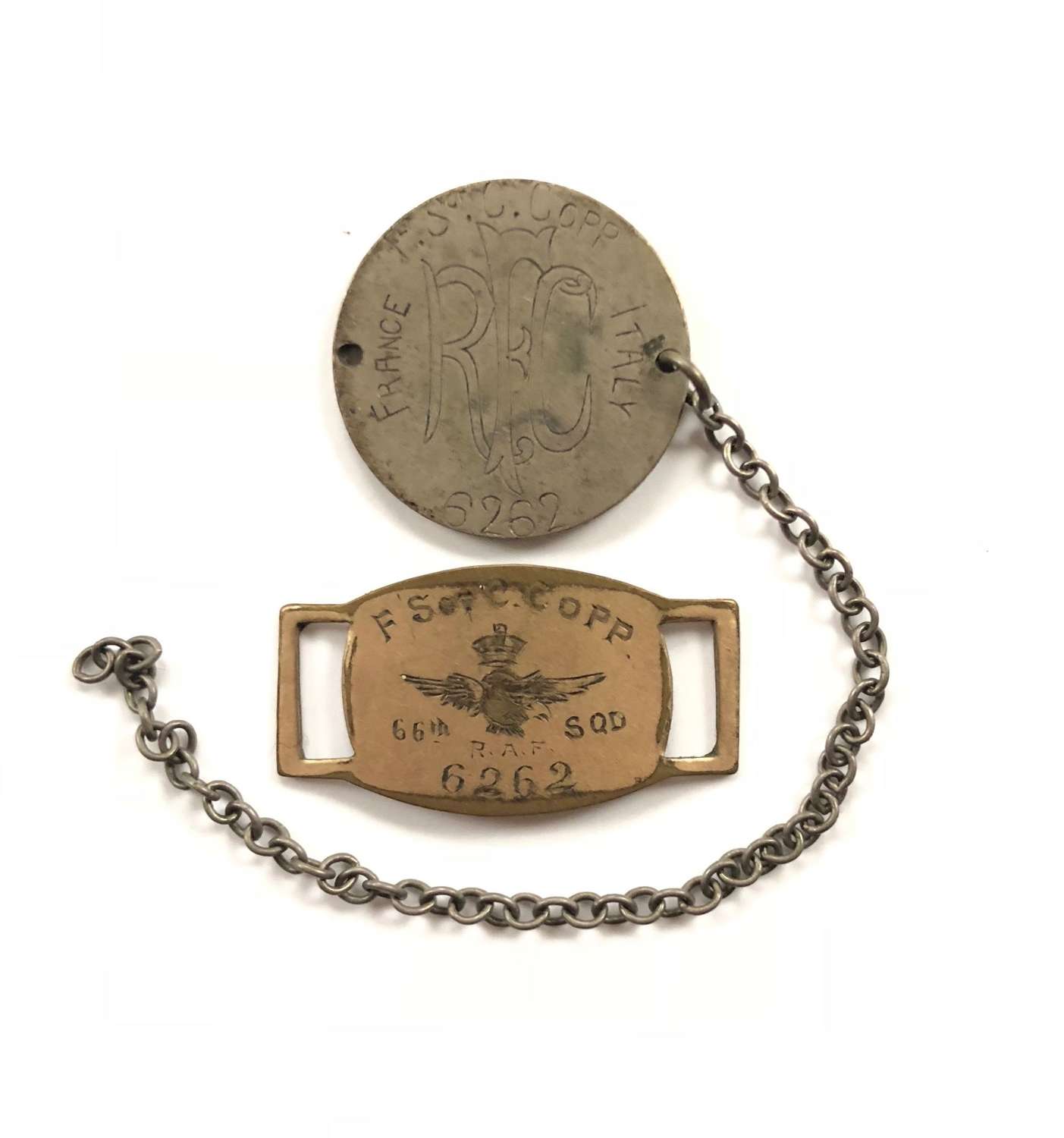 Comprising two bracelets worn by Flight Sergeant Cyril Copp at one time serving with 66 Squadron. The first disc is made from a coin, with engraved decoration depicting a RFC cap badge, Italy and France. The second is of gilt brass and probably worn after the creation of the RAF, giving his name and service number. GC some wear.

Flight Sergeant Cyril Copp a native of Sherborne enlisted into the RFC on the 12th June 1915, he is confirmed as serving with 66 Squadron in 1918. His trade is given as an Aero Rigger. 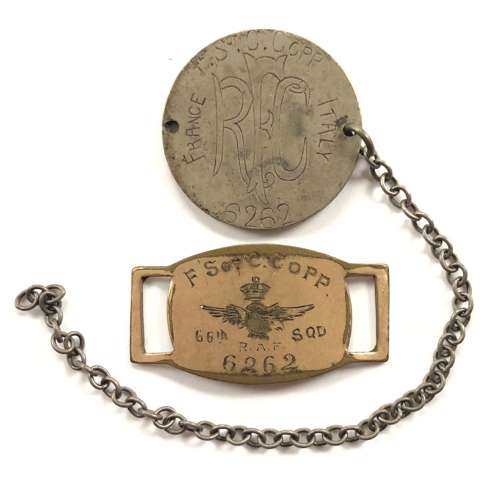 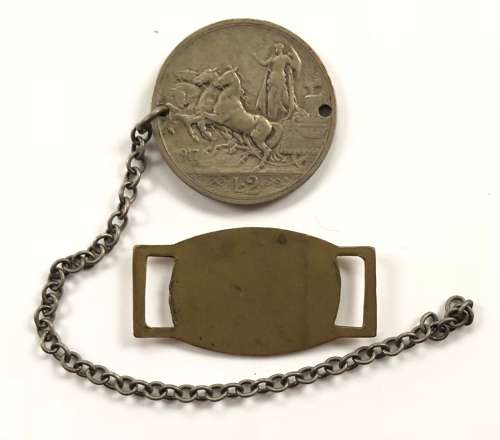