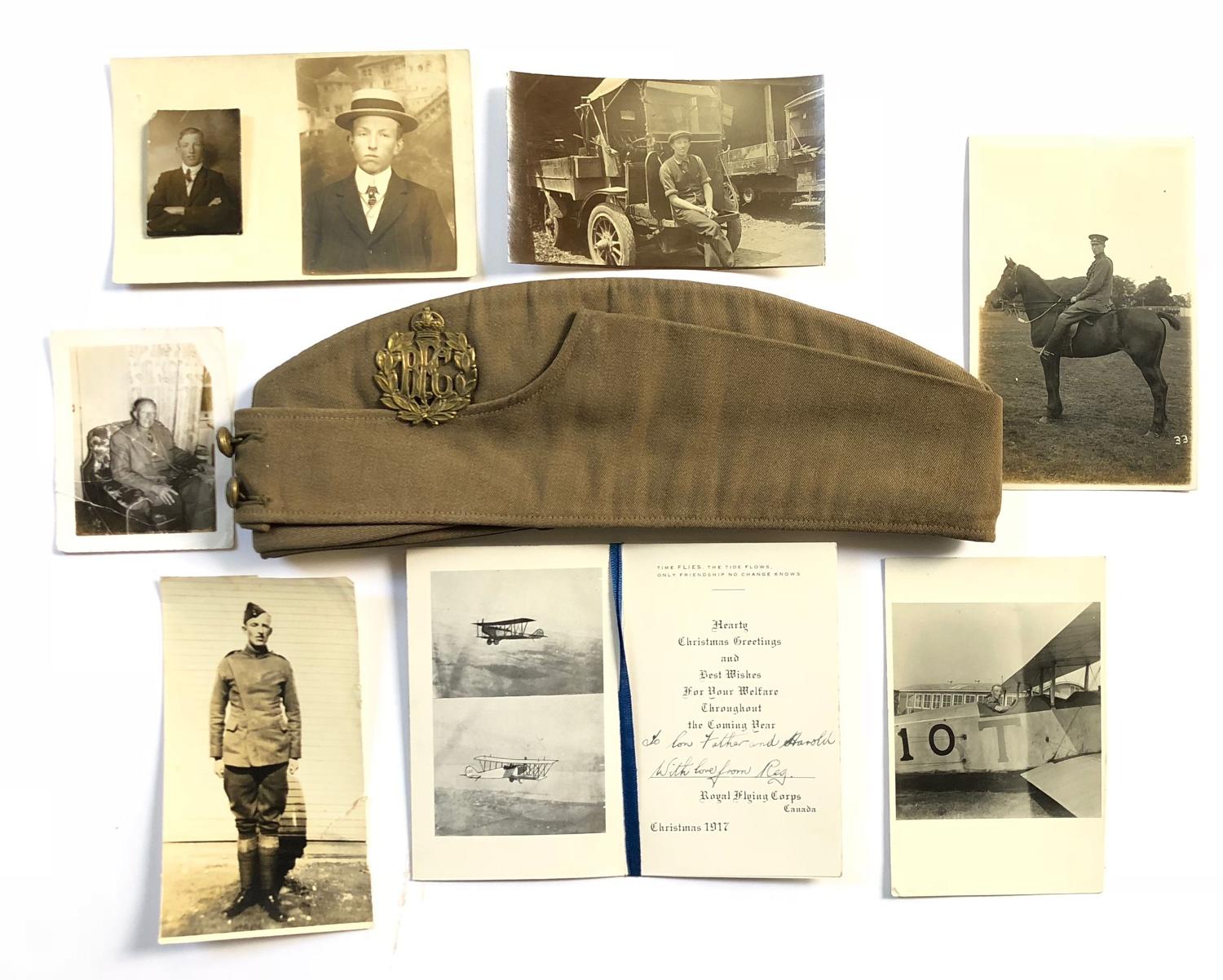 A scarce group of items attributed to Air Mechanic Reginald Charles Warner, who served from 1917 with the Royal Flying Corps Canada.
Comprising: Private purchase field service side cap, this being Officer quality with quilted lining. Retaining “Canada” buttons and RFC cap badge, the interior staining confirming this to be the original badge to the hat. … Accompanied by 1917 RFC Christmas card sent by “Reg”. … Photograph of him in RFC uniform etc. Also a copy of a newspaper cutting giving biographical details.

Reginald Charles Warner was born in Gloucestershire in 1890, he served for a short time with the Gloucestershire Hussars, before moving to Canada. He volunteered for service with the RFC on the 26th March 1917. After the war he served with the RCAF and followed a career in Aviation engineering. 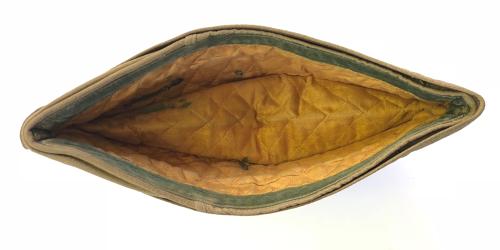 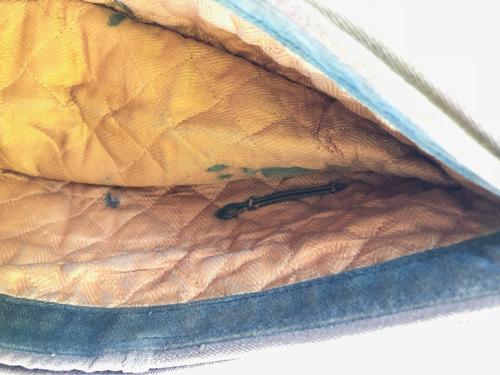 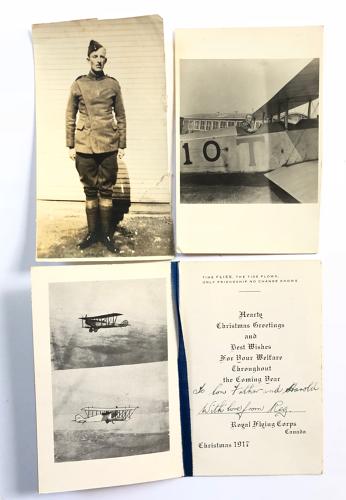 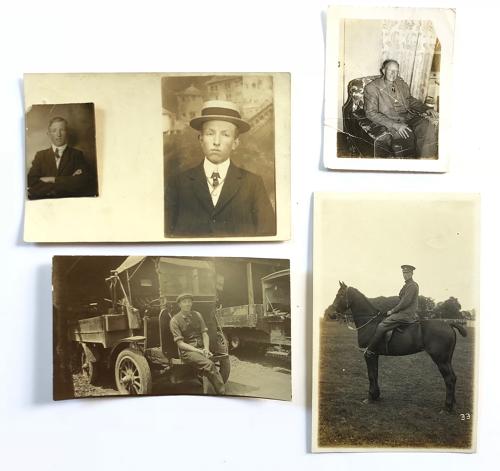