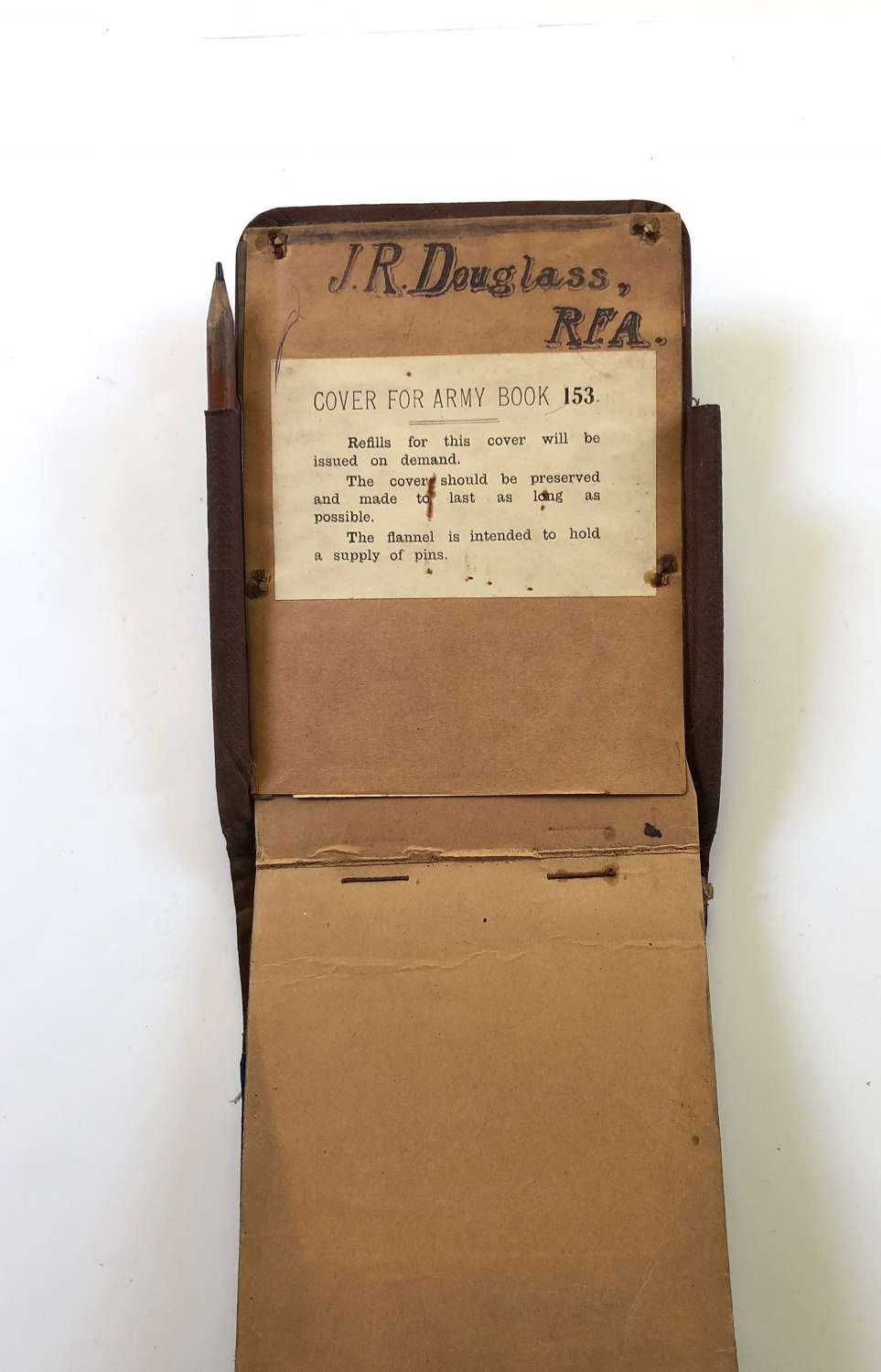 This is an original War Department Message book, circa 1917 and is named to J. R. Douglass RFA Blank pages complete with carbon sheets and pencil.

I believe this book was used by Second Lieutenant John Richard Douglass. He originally served in the ranks and is noted as wounded March 1918 before being granted a commission. 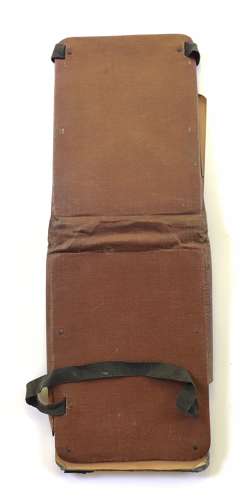