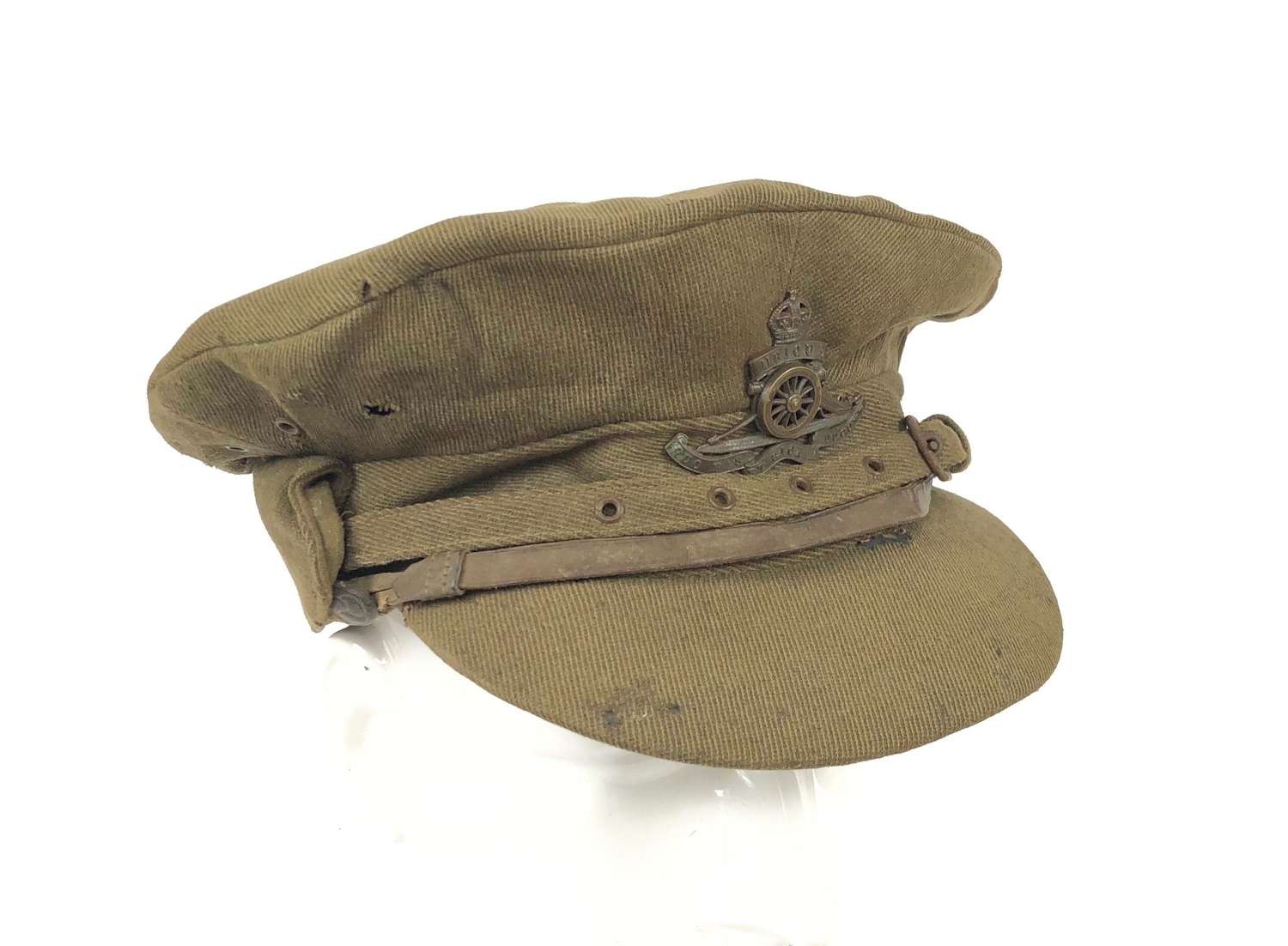 A rare attributed original example worn by Captain William Hay of the City of Dundee Battery of the Royal Field Artillery. The cap is tailored with fold down neck flap and double cloth and leather chinstrap. To the front an Officer’s bronze Royal Artillery cap badge. The interior with cotton lining and sweatband. The cap is now with some age and storage wear, but remains a good display item. Some moth damage please look at photographs

Captain William Hay was commissioned  on the 19th November 1915 into C Battery (City of Dundee) 2nd Highland Brigade Royal Field Artillery
He was Mentioned in Despatches on the 4th July 1919 and is listed as serving with the 51st Trench Mortar Battery RFA. He was also awarded the Belgian Croix de Guerre' London Gazette 15th April 1918. 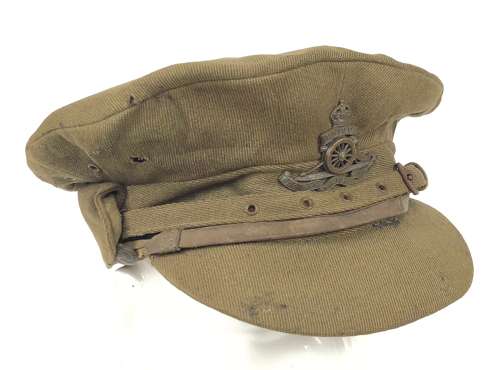 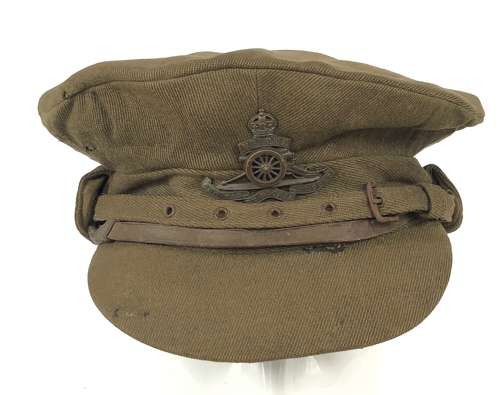 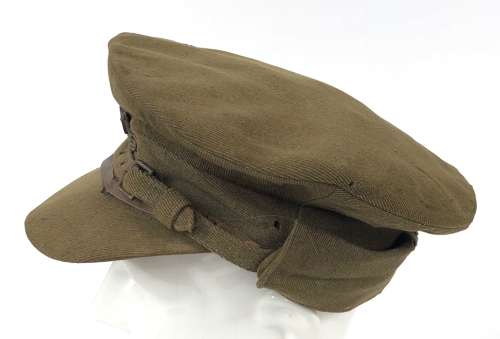 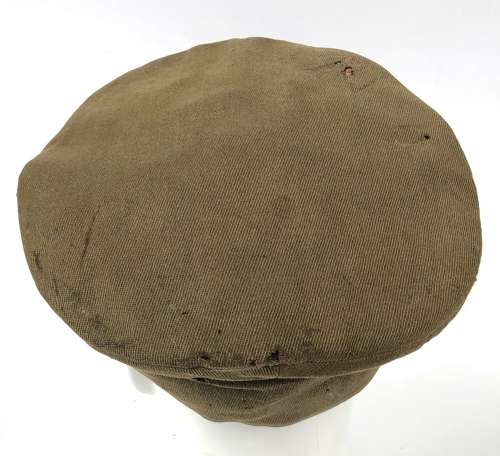 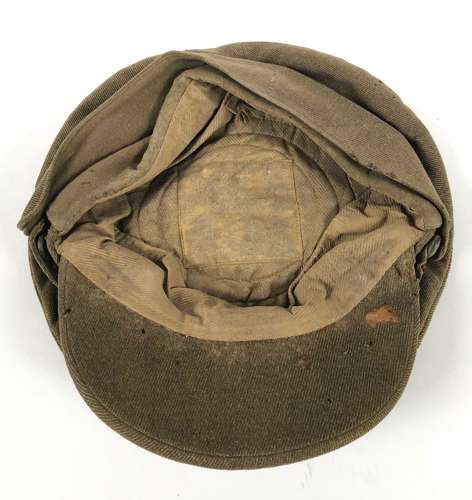 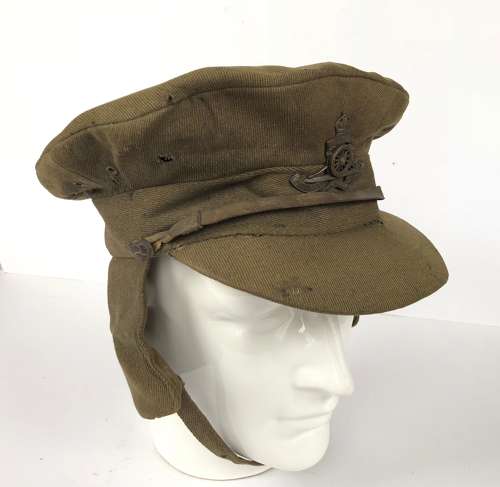 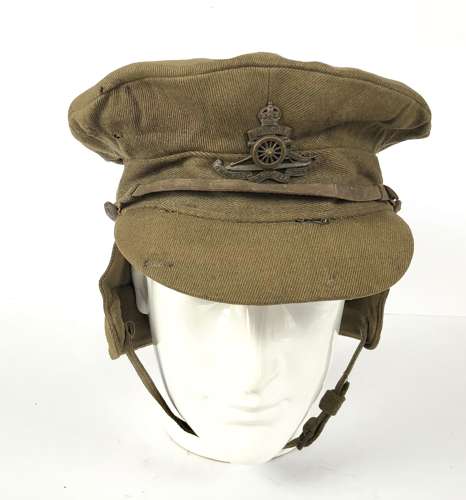 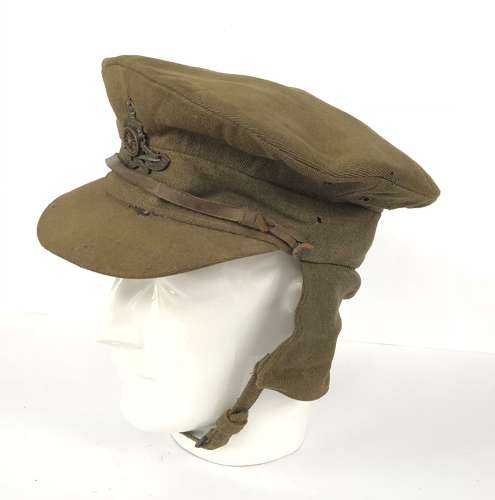 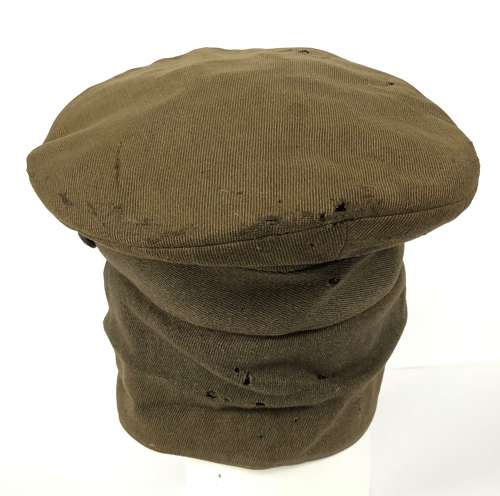 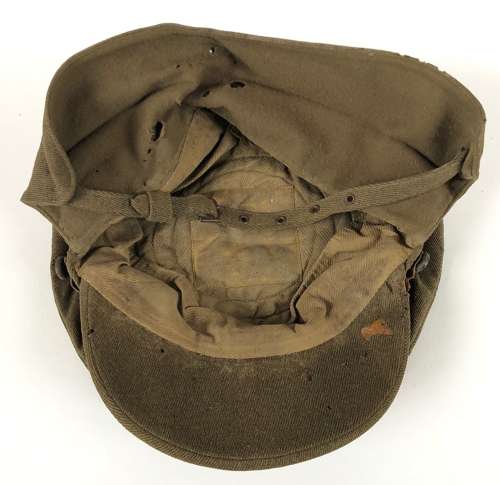