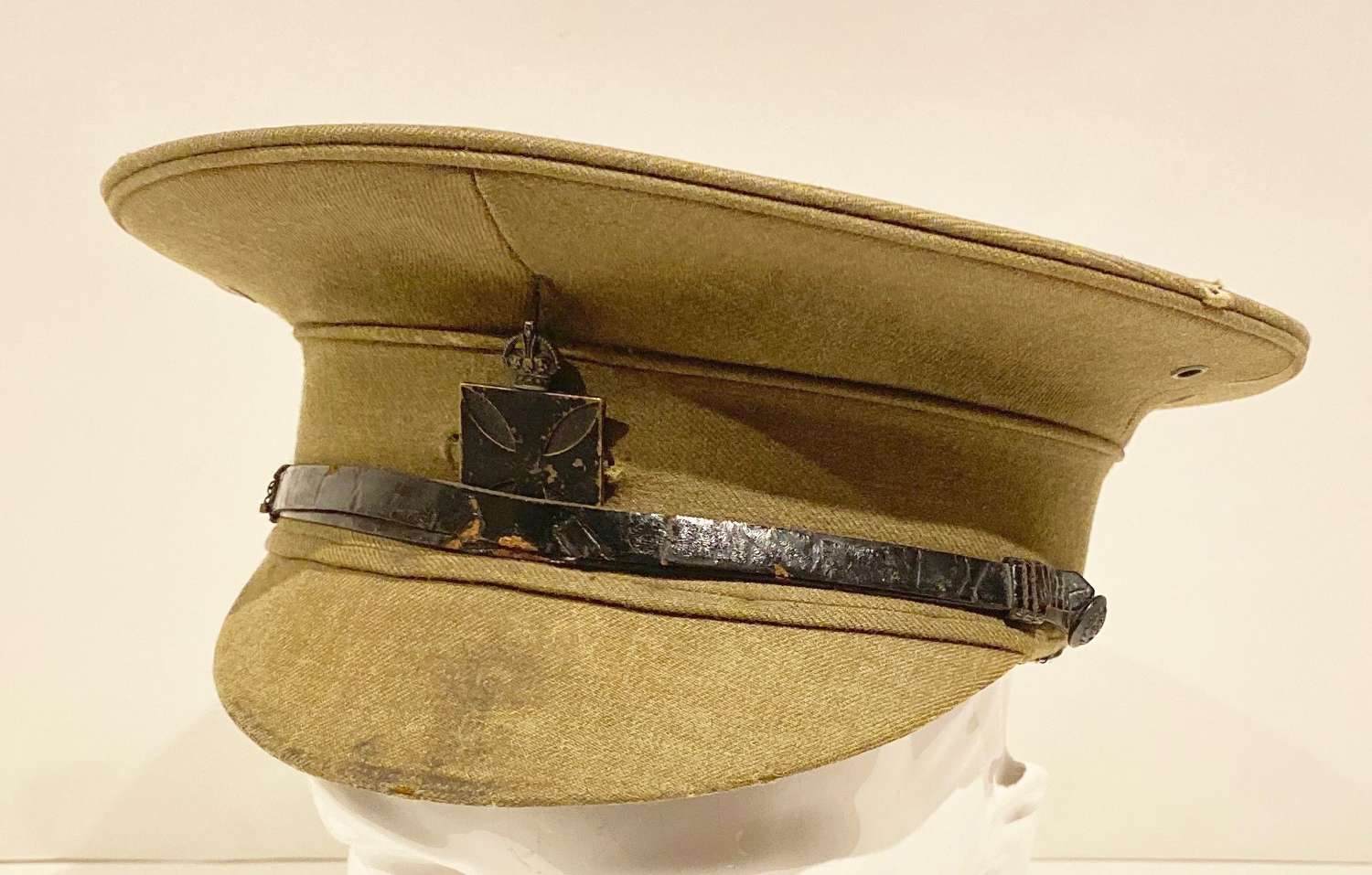 This cap is attributed Father John Gwynn SJ (Society of Jesus ) who at the outbreak of war volunteered his services straight away and by the 1st week of November was granted the rank of Chaplain 4th Class and landed in France attached to the 1st Bn Irish Guards, earning the 1914 Star.  He would become the first Irish Jesuit Father to be killed in the Great War.
The cap is the pre war Officer stiff pattern, with leather lining to the crown of the interior. This lining with original ink name and various locations, presumed where Father Gwynn served including Ypres, etc. The cap is complete with cap badge, thin black leather chinstrap and a Rifle pattern button.
The cap has had a hard life, there is evidence of a second cap badge having been worn, this possible an off the shelf Rifle Regiment purchase cap and badge changed at time of purchase for his own badge. This possibly supported by the incorrect button present, which appears to be original. The second button is absent but the chinstrap has been contemporary stitched in place during its working life. Half the sweatband is removed. Retains a good shape and a fine display item. A contemporary photograph has been located on the internet which shows Father Gwynn wearing what appears to be this cap, taken in July 1915.

Father John Gwynn SJ military age is given at 44, in fact he was 50 years old.  He was known as a powerful and eloquent preacher at the Sacred Heart Church and at St. Francis Xavier’s Church in Dublin. At the outbreak of the war he volunteered his services and at haste appears to have been attached to the 1st Bn Irish Guards, landing in France before the 22nd November and earning the 1914 Star. He was popular with the Regiment and faced danger like the men he ministered. He would accompany them into the trenches and place himself in the forward Regimental Aid Post and casualty clearing stations, it is worth noting at this time helmets were not issued and this cap would be his only head protection. On the 6 February 1915, Father Gwynn was slightly wounded by a shell that burst near him. However, he remained on duty. On the 11th October 1915 he was wounded when a shell landed in the door of the Headquarter dug-out he received one or two wounds in the leg, as well as a piece of shell in his back through his lung. He was immediately bound up and sent to hospital, but died from shock and his injuries at 8 a.m. the next morning, October 12th. He was buried in the cemetery at Bethune, at 10 a.m. on October 13th. May. 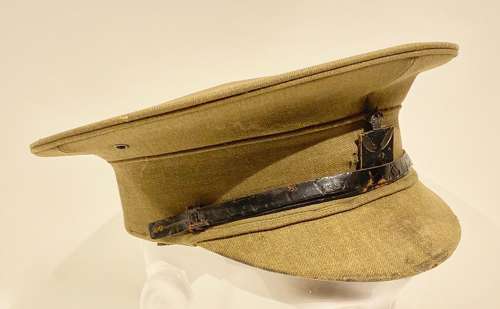 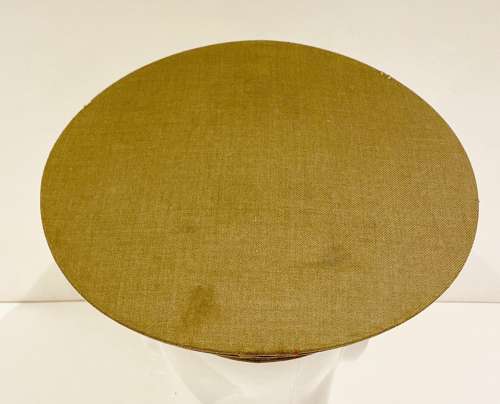 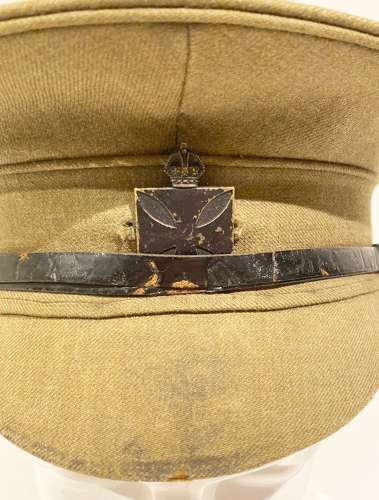 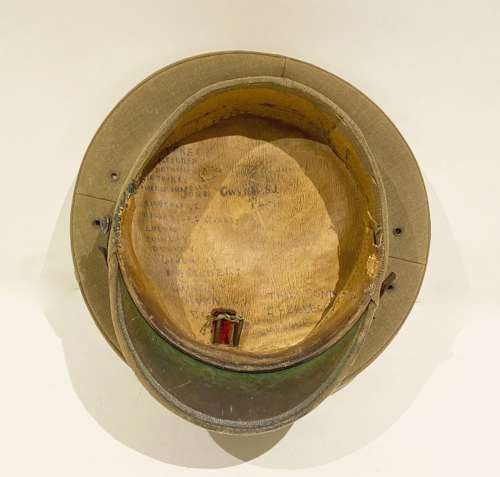 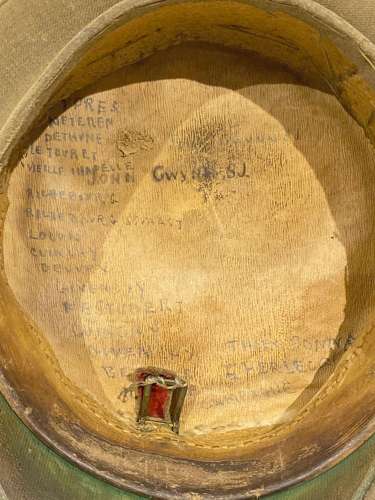 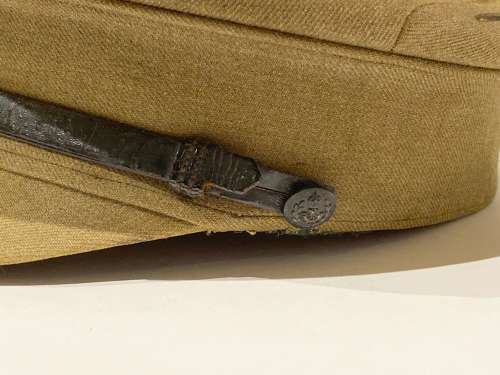 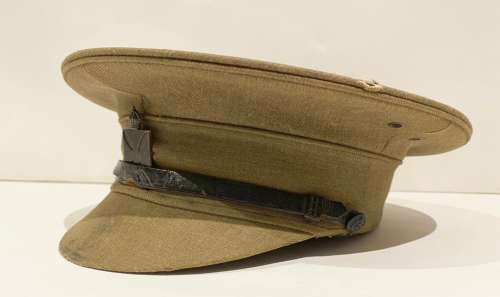 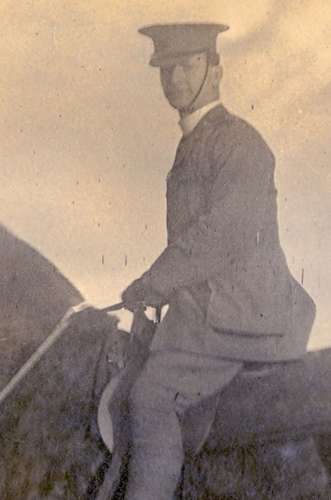