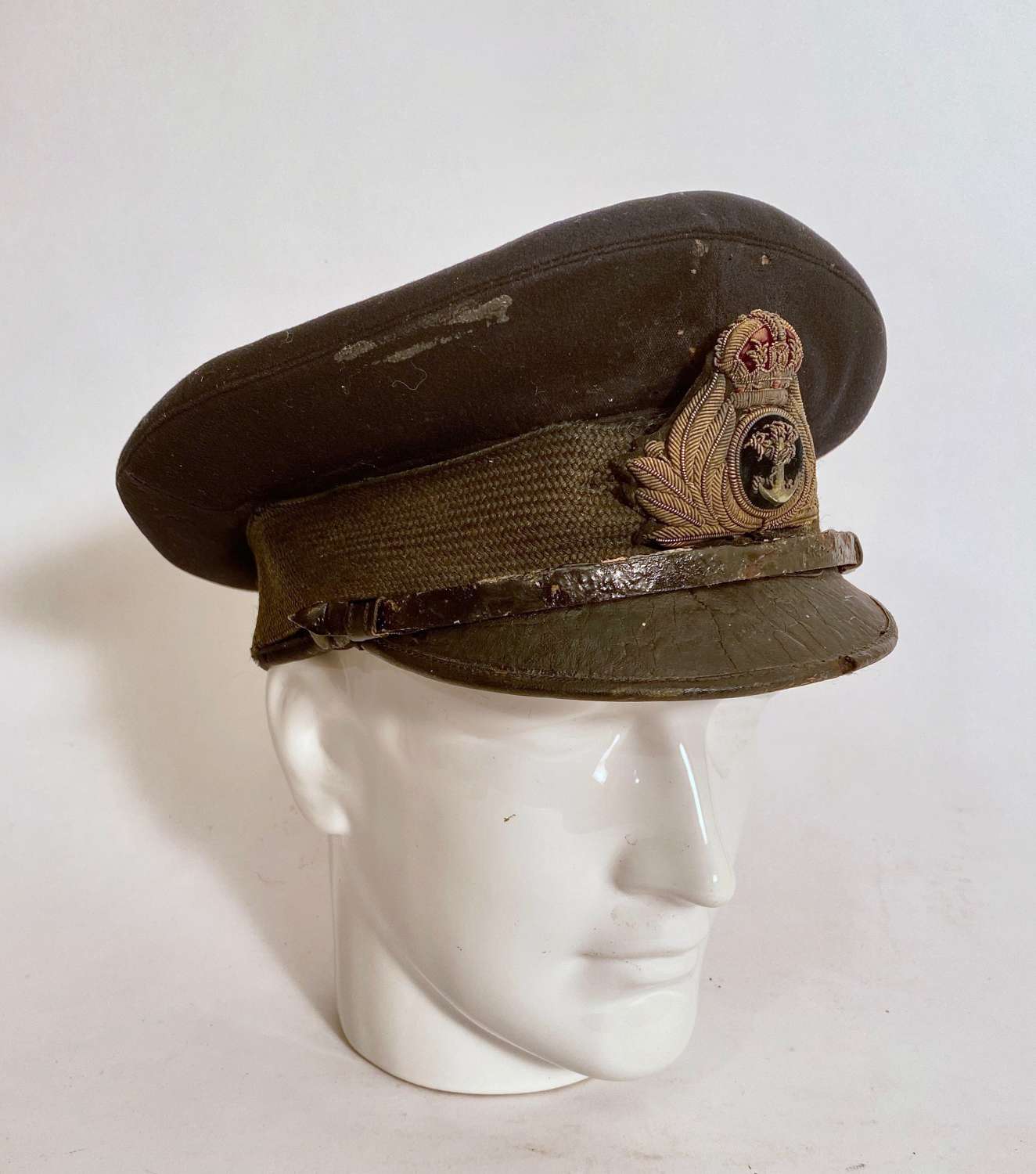 The cap is of the regulation pattern, with plain black leather peak and embroidered  “RNV” cap badge. The interior with leather sweatband with ink name. The cap has had a hard life since the Great War with age storage damage, please see photographs.

Lieutenant Claude Clement Charles Meadmore enlisted and served with Howe Bn Royal Naval Division 1st Marchl 1915. He was discharged for a Commission July 1915 and rejoined Howe and shown as an Officer of the Bn May 1916. He saw service in the Middle East and returned home after an illness for sea duties. He is also noted as applying for a transfer to the RNAS and later RAF. 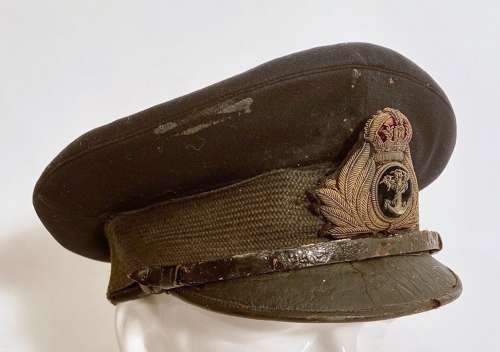 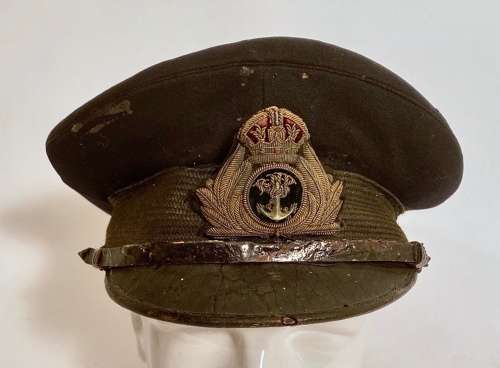 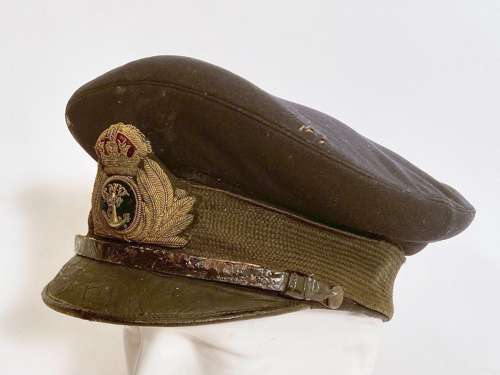 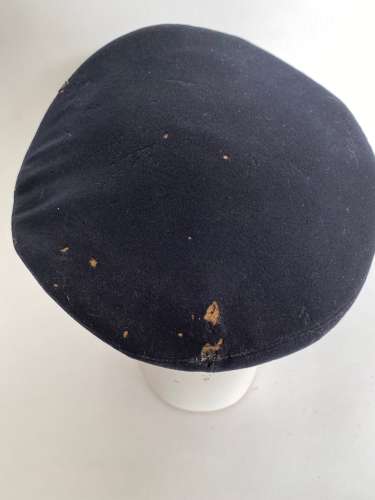 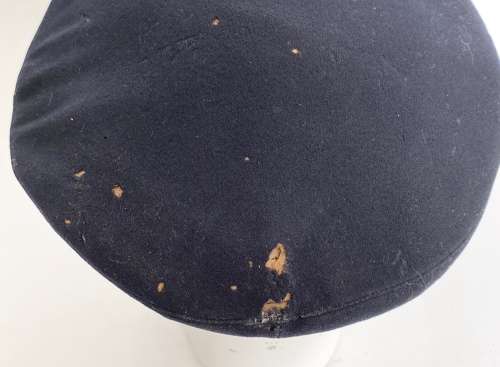 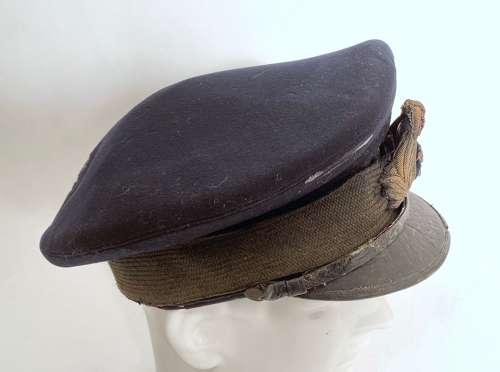 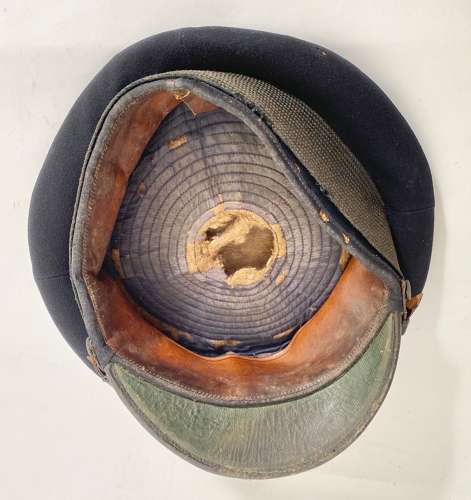 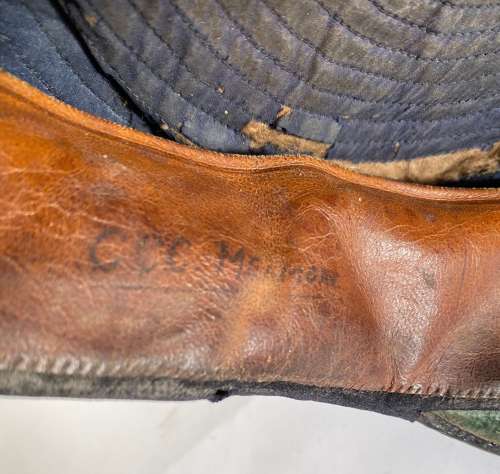