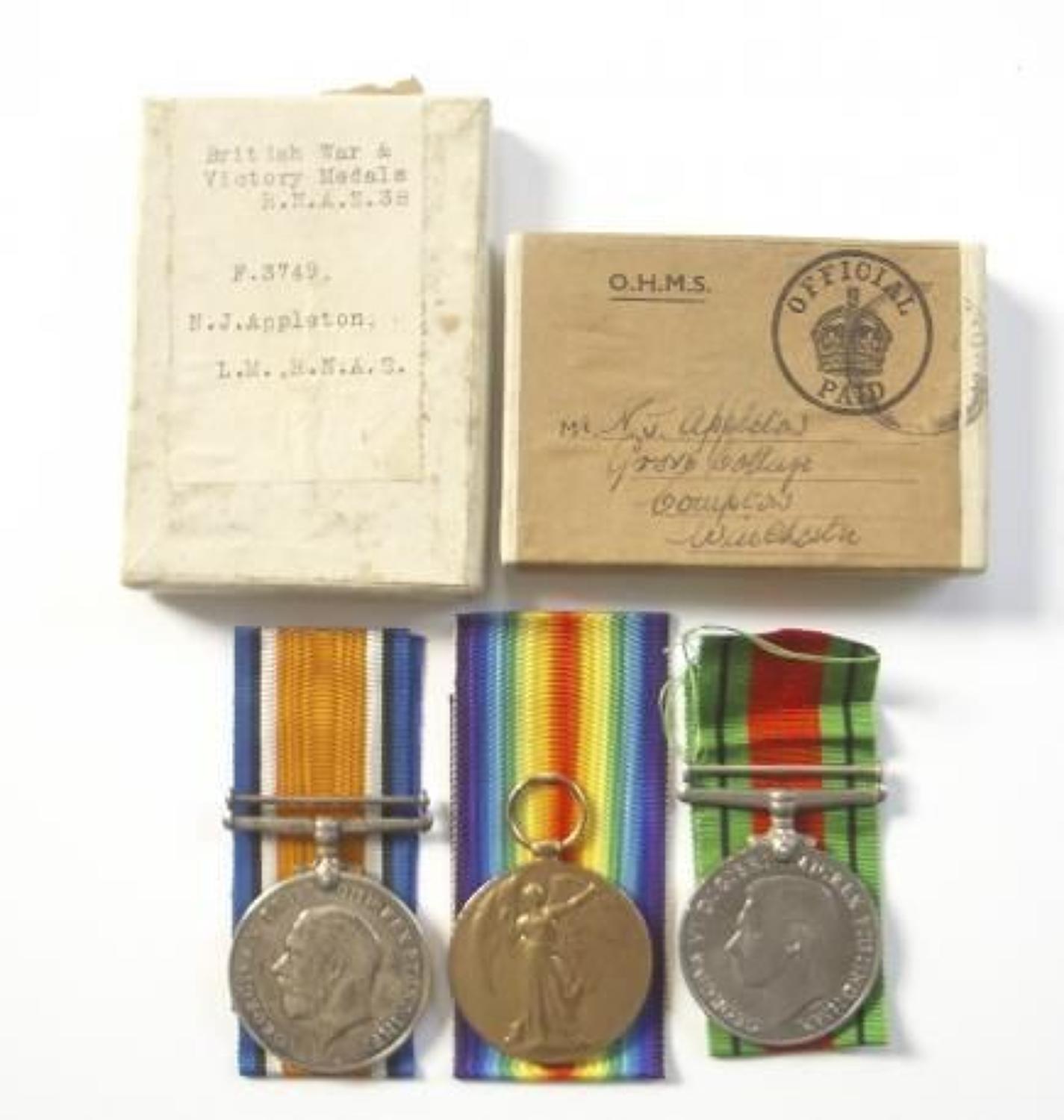 Awarded to F.3749 N.J. Appleton L.M. RNAS. Comprising: British War Medal, Victory Medal, Defence Medal. Each medal is contained in the Box of Issue with details to the lid. The Defence Medal box is addressed to Mr Appleton living in Winchester and accompanied by a forwarding letter from the Territorial Army and Air Force Association of Hampshire and the Isle of White, this with ink name. Near VGC Norman John Appleton enlisted into the RNAS on the 7th April 1915. He came from Burghfield, Reading, Berkshire. He was discharged in April 1919 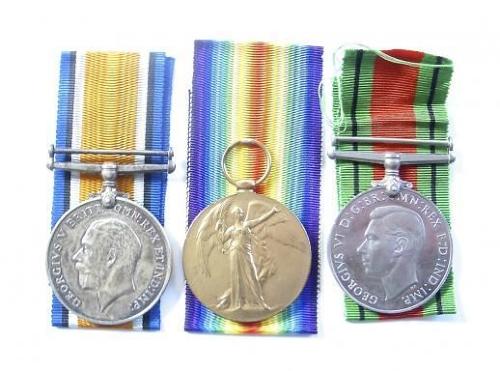 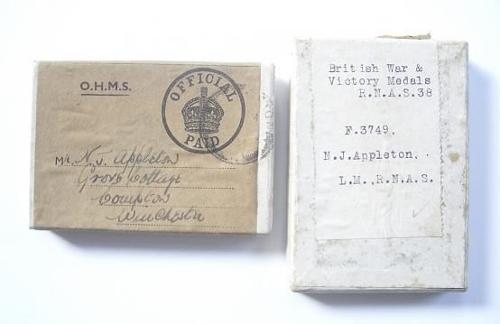 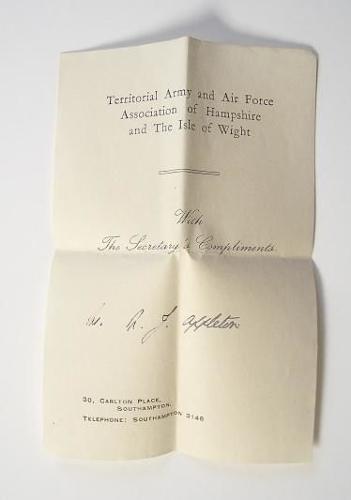