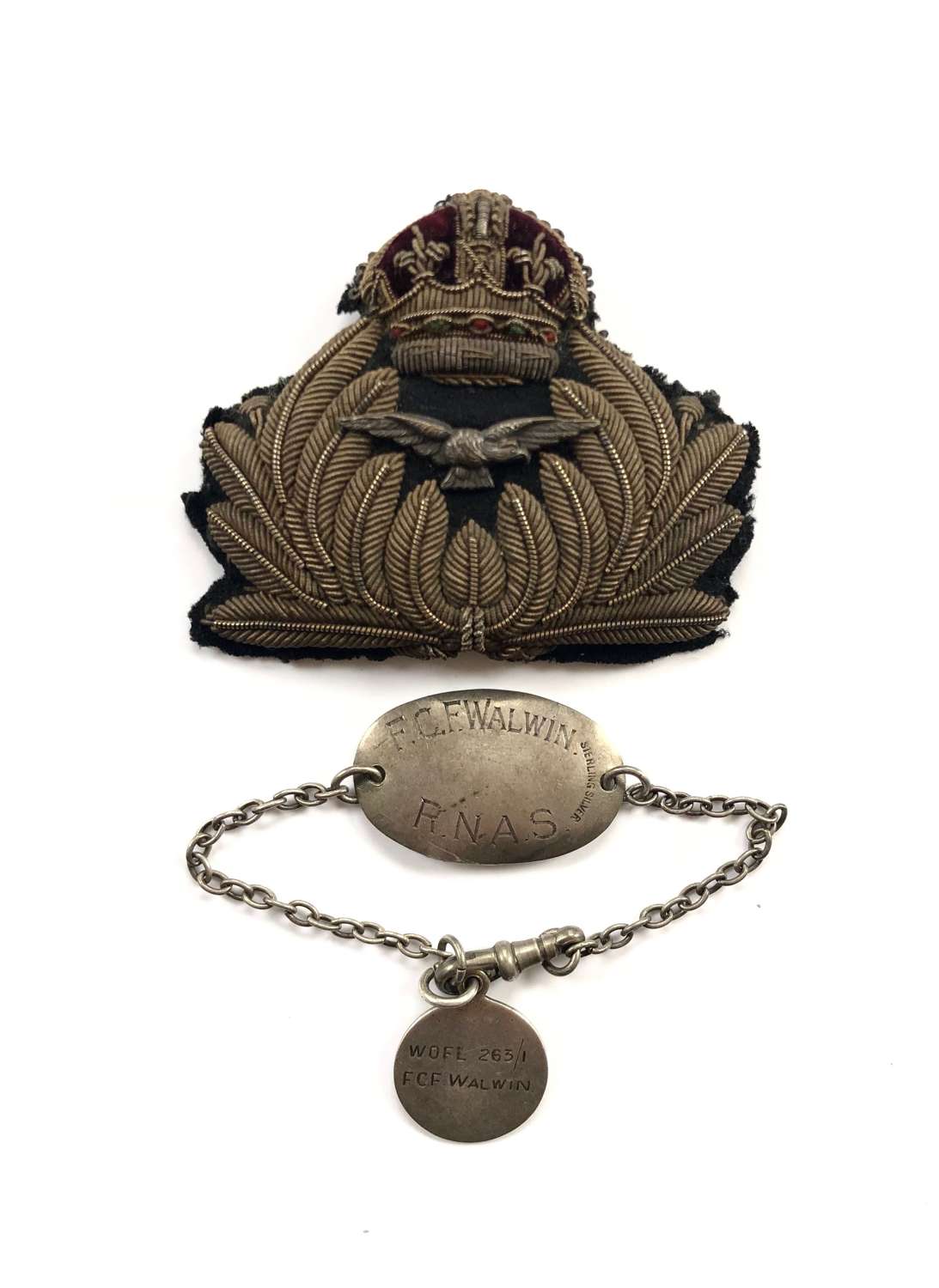 The bullion cap badge with silver eagle and fitted with the unusual feature of a safety pin to the reverse. Bullion is a good toned colour.

Sub  Lieutenant Frederick Charles Francis Walwin was appointed a Sub Lieutenant 21st December 1916 and qualified as an Observer being posted to HMS Ark Royal for Observer duties with land machines in June 1917. The unusual pin feature may indicate used on a tropical cap. 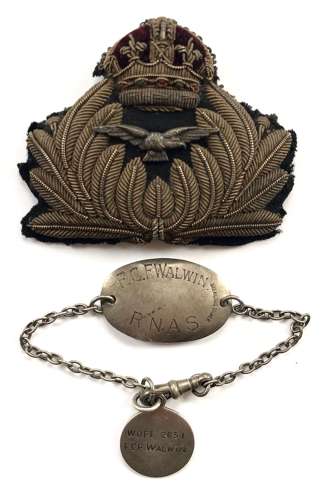 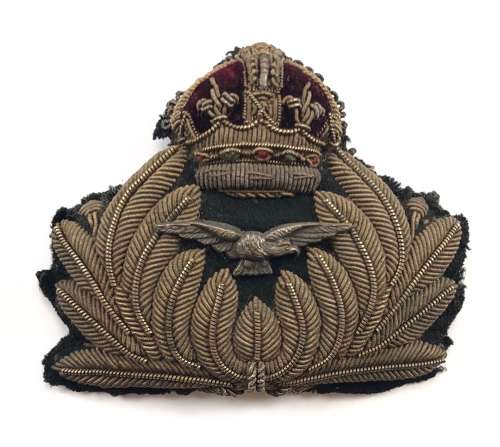 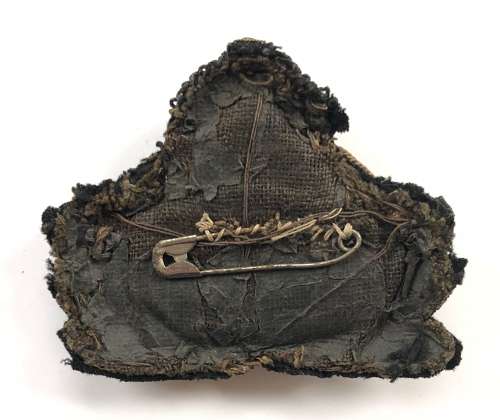 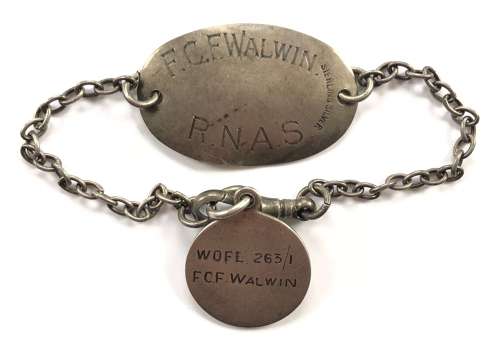 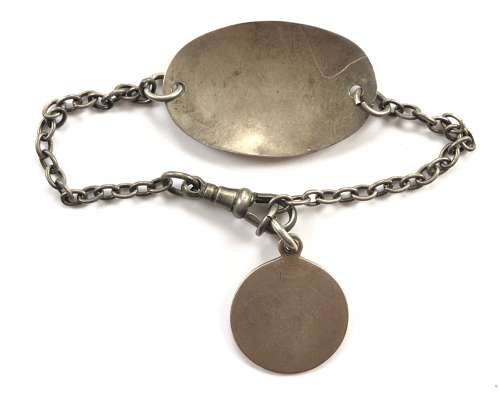