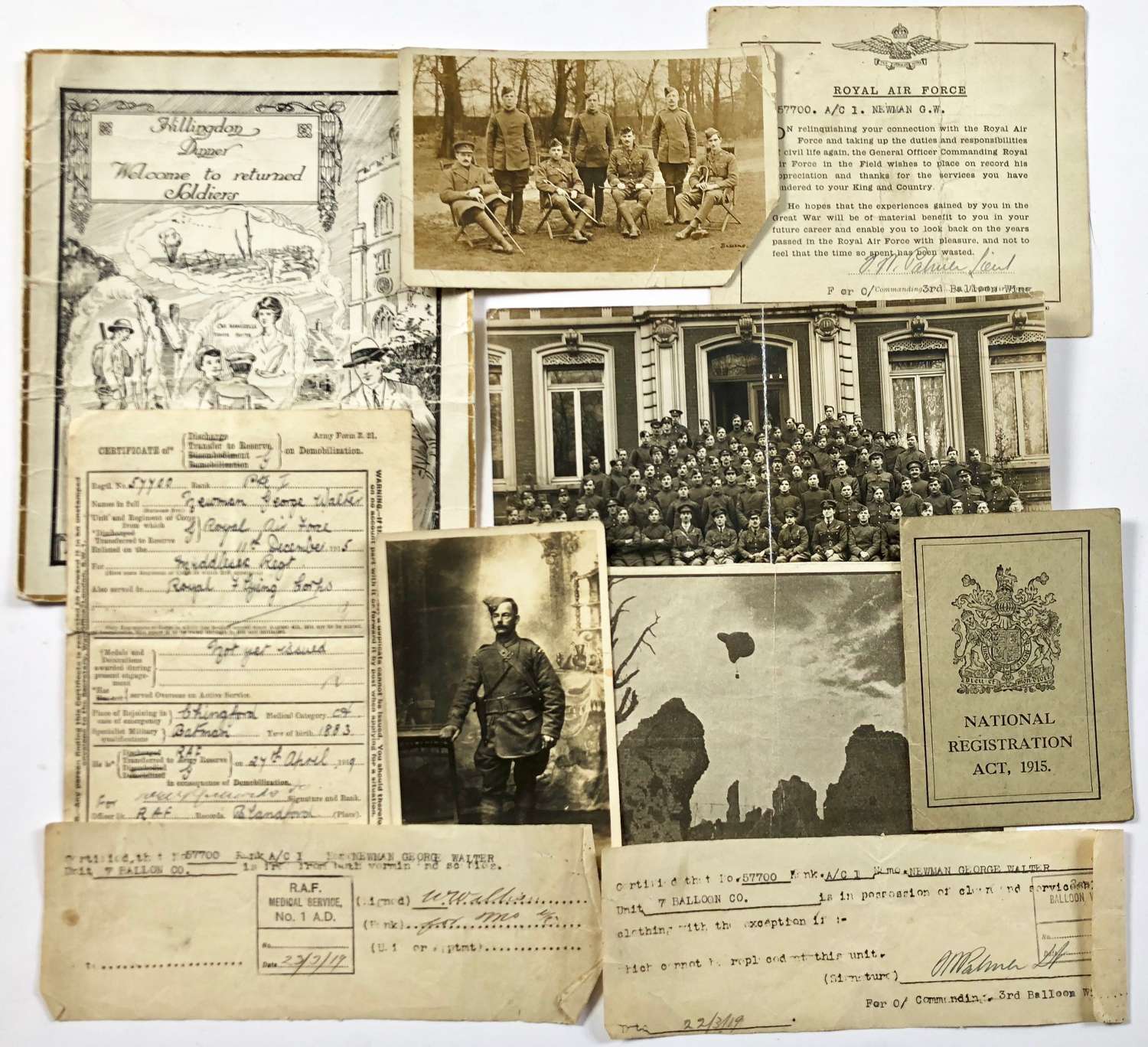 An interesting selection including: RAF certificate of transfer to reserve. .... RAF “Free from vermin Certificate”. .... Welcome Home to Hillingdon dinner menu. ... plus other items

57700 Private 1st Class George Walter Newman, who served in the RFC & RAF from December 1915 until demob on the 29th April 1919. His trade is given as Batman and he served with No.7 Balloon Company. After the war he lived at 1 Popular Terrace Hillingdon and during WW2 served as an ARP Warden 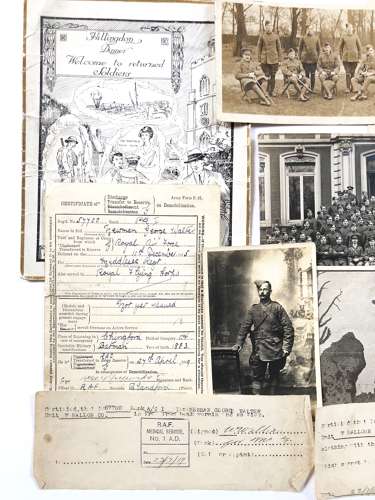 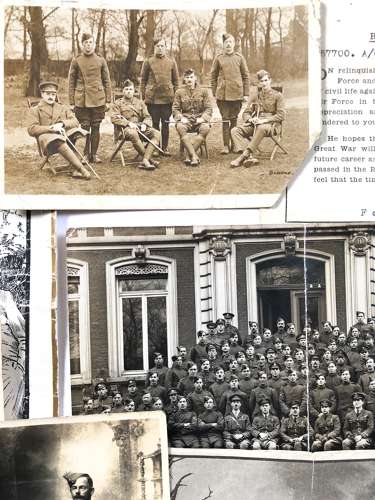 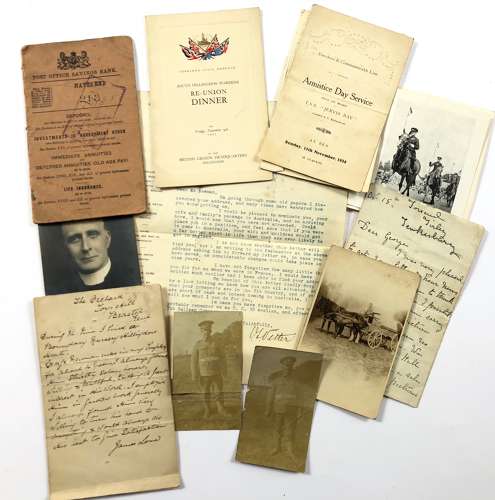