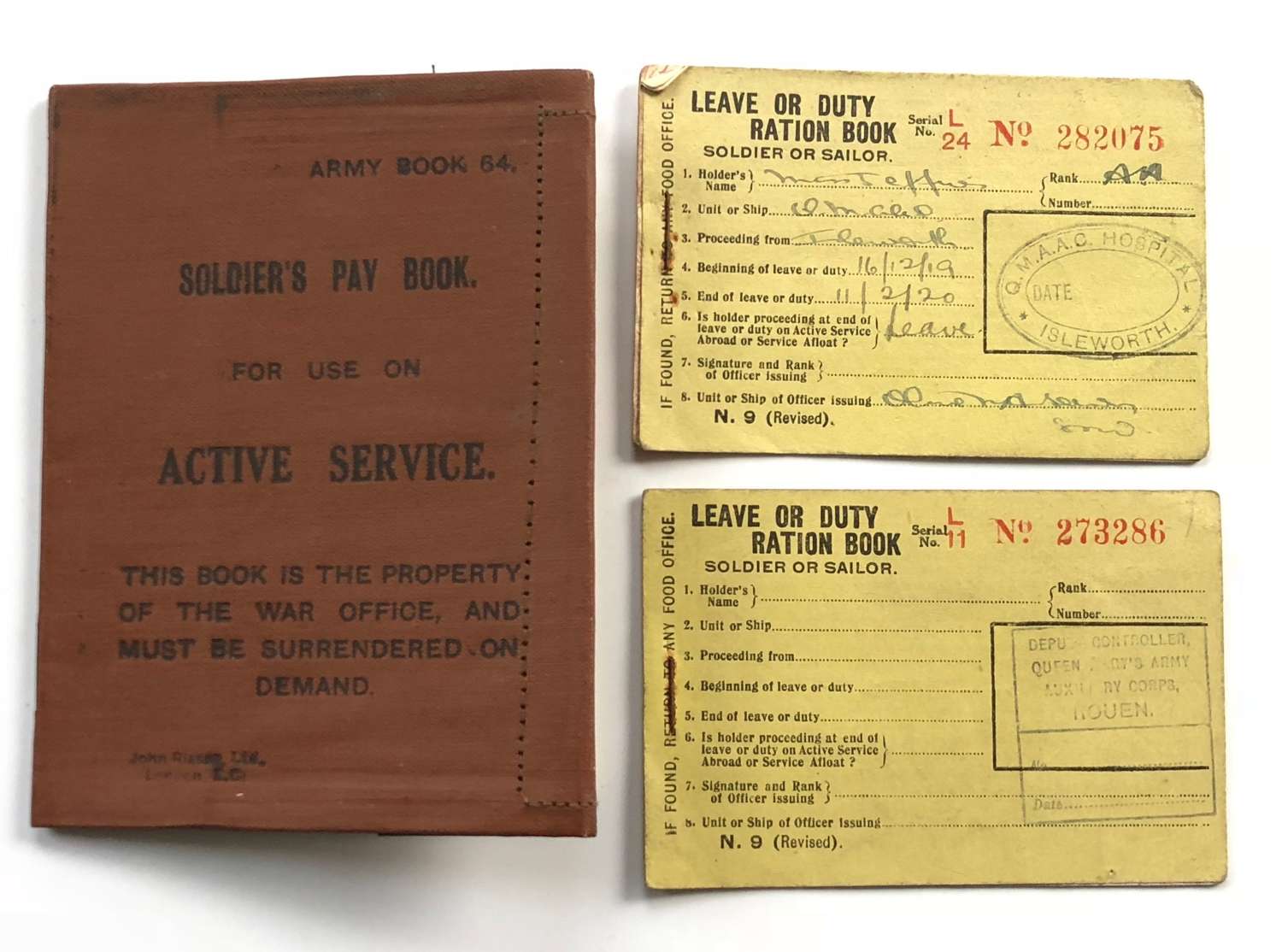 This WW1 playbook was issued to 12479 Worker E. Thomas who enlisted in on the 10th November 1917, she is shown as serving at Camp B Havre. The book is in very good condition, small amount of details filled in. … Accompanied by a Leave or Duty Ration Book, this issued to another member of the Corps. … Plus a similar unused example ink stamp for the QMAAC. Three items.

Worker Elizabeth Thomas is confirmed as been awarded the British War Medal and Victory Medal. 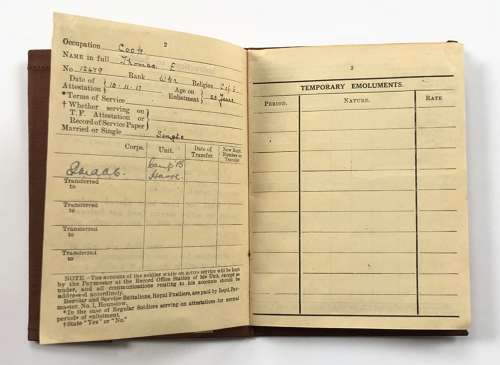 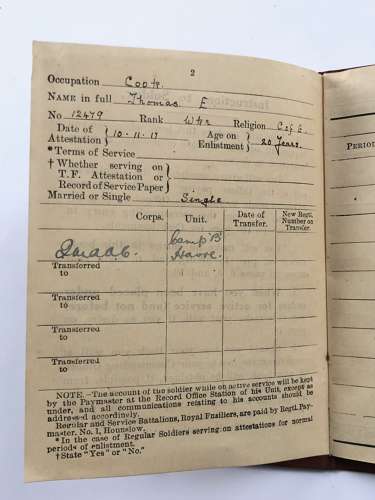 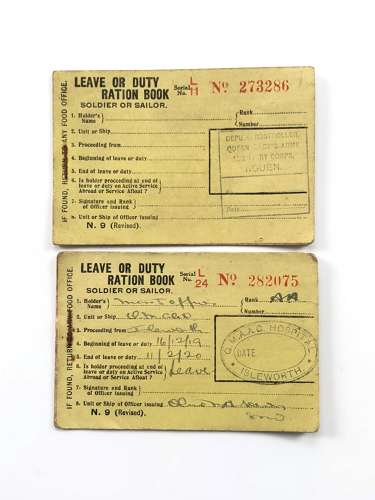 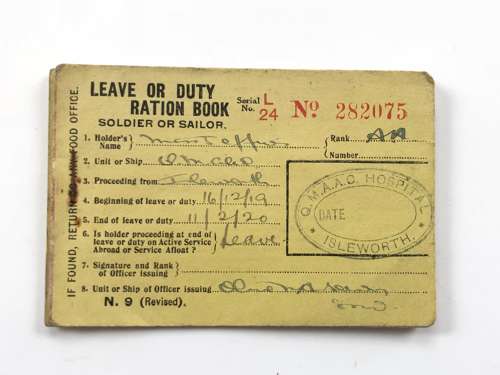