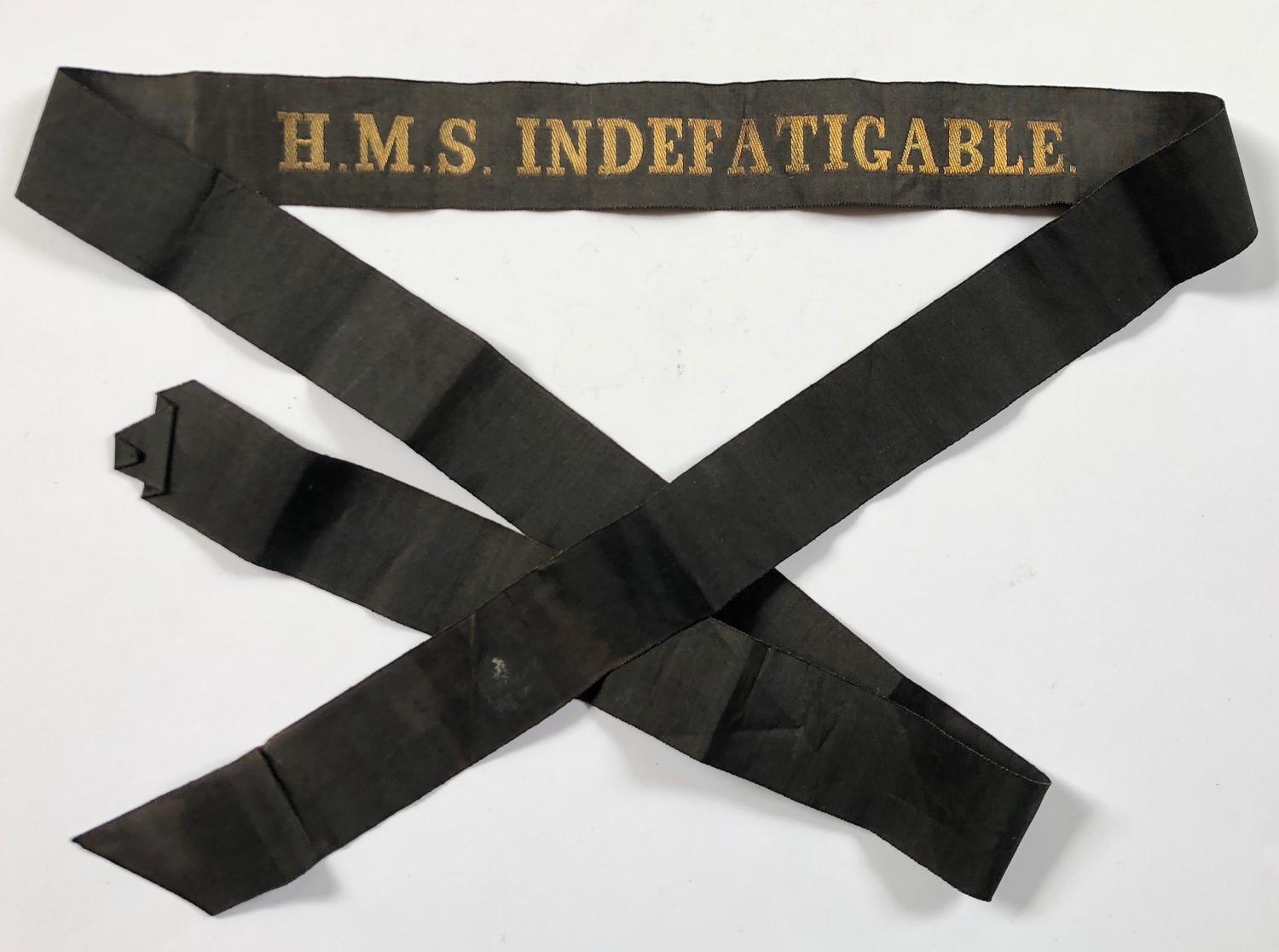 HMS Indefatigable was a battlecruiser launched in 1909 and commissioned in 1911. After service at Gallipoli on the 31st May 1916 she formed part of Vice-Admiral Sir David Beatty's Battlecruiser Fleet At the Battle of Jutland, she was hit several times in the first minutes of the "Run to the South", the opening phase of the battlecruiser action. Shells from the German battlecruiser Von der Tann caused an explosion ripping a hole in her hull, and a second explosion hurled large pieces of the ship 200 feet (60 m) in the air. Only three of the crew of 1,019 survived. 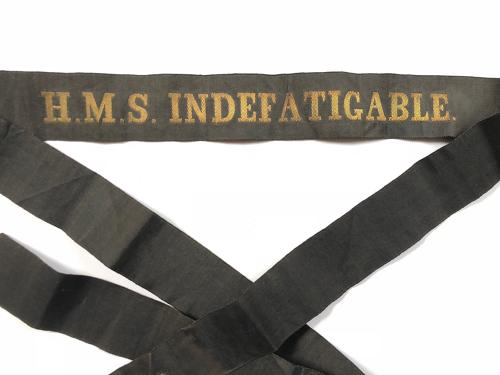