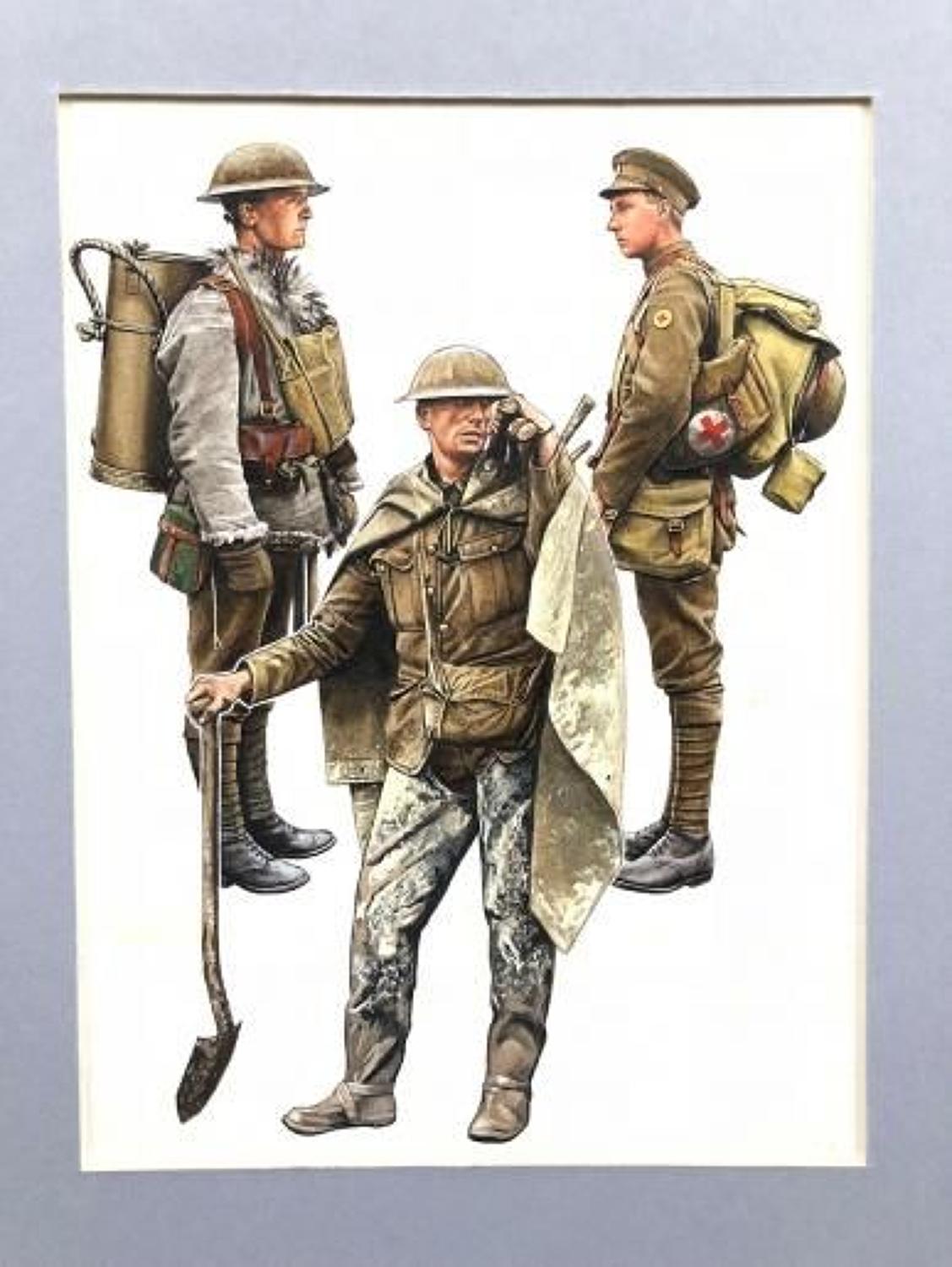 Some of the Great War “old Timer’s” amongst us will be now looking at the photograph knowing they have seen this painting but can’t quite remember where. Well you will need to go back to a time before the Internet, even before the “Me at Arms” books, back to the late 1970’s early 1980’s to the Blandford Colour Series Military Reference Books and in particular “Army Uniforms of World War 1 by Andrew Mollow and illustrated by Pierre Turner. In my First Edition 1977 this appears as illustrations 122-124. 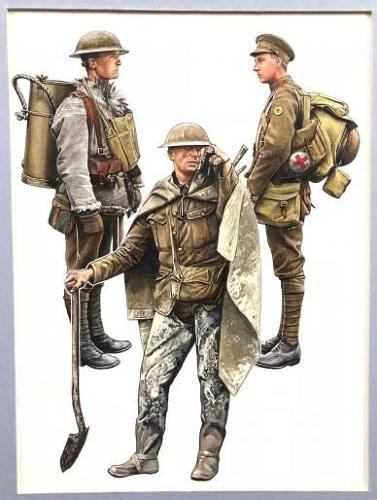 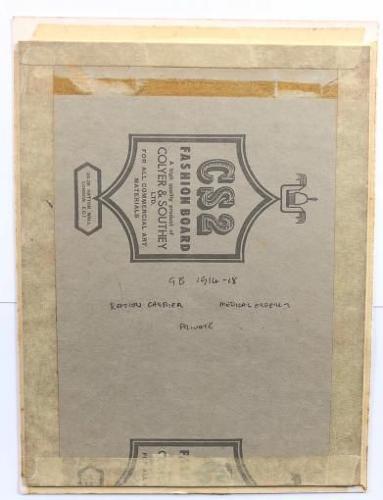 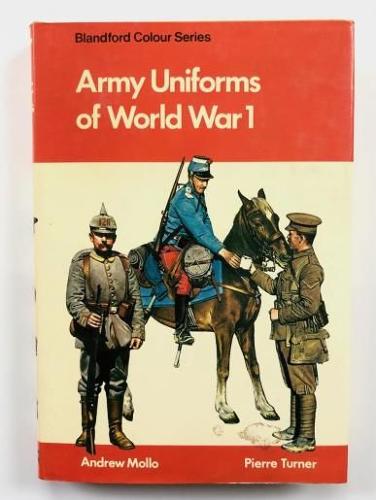 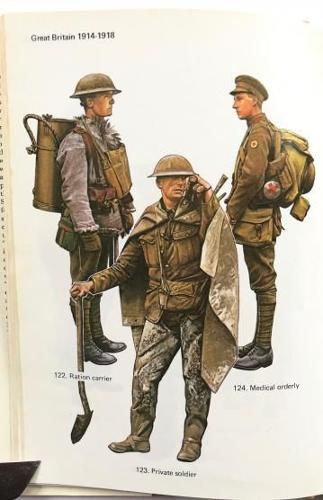