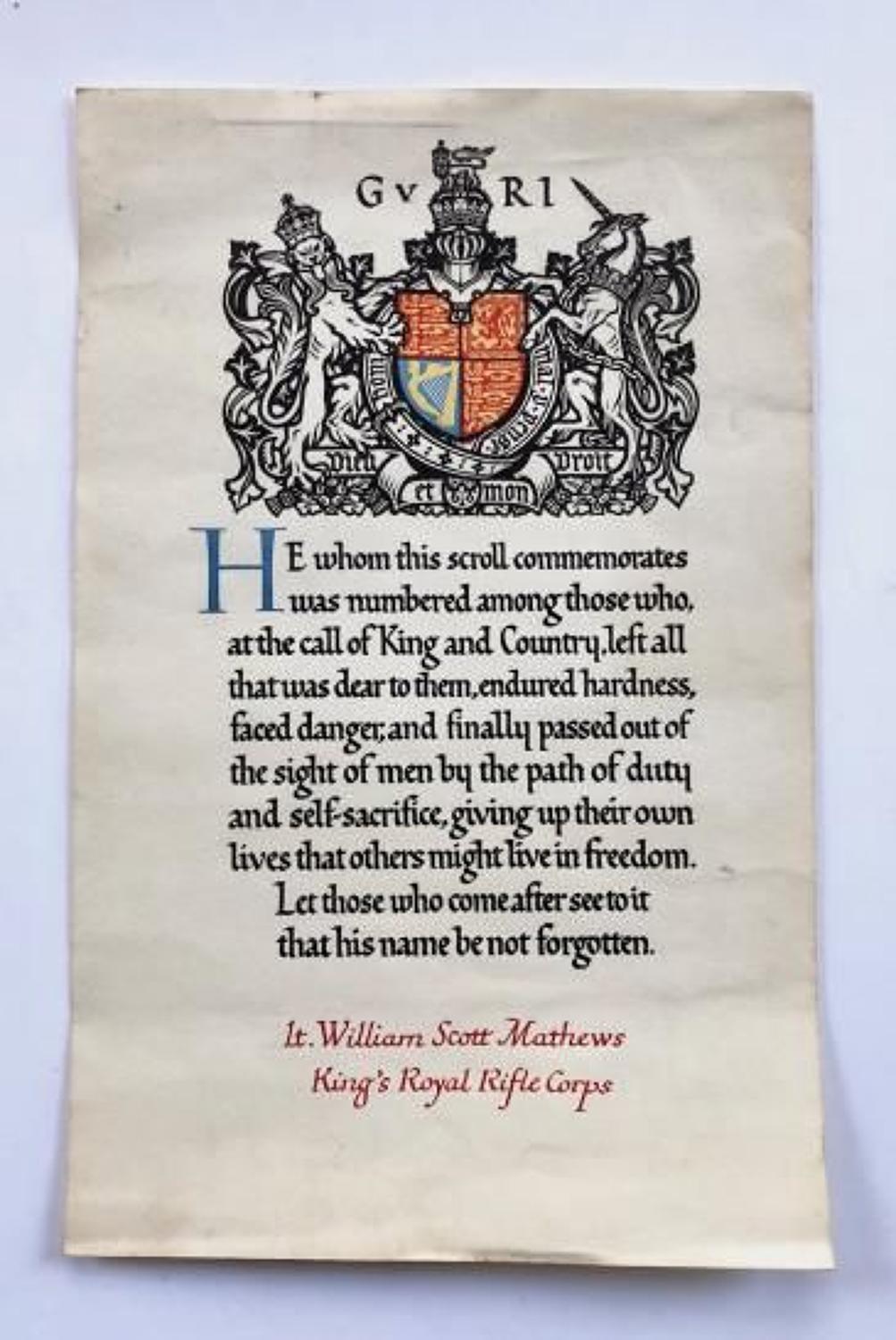 Lieutenant William Scott Mathews was commissioned into the 18th (Arts & Crafts) Bn of the King's Royal Rifle Corps, landing in France in May 1916 he was killed on the Somme on the 15th September 1916. He was a native of Winchester. 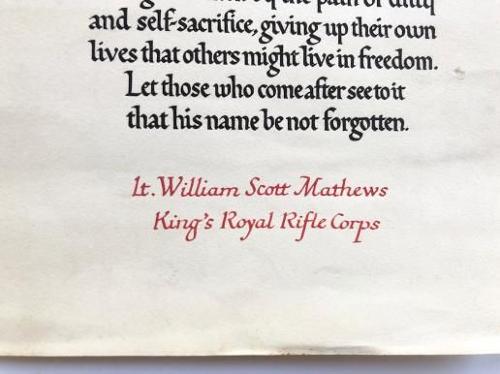