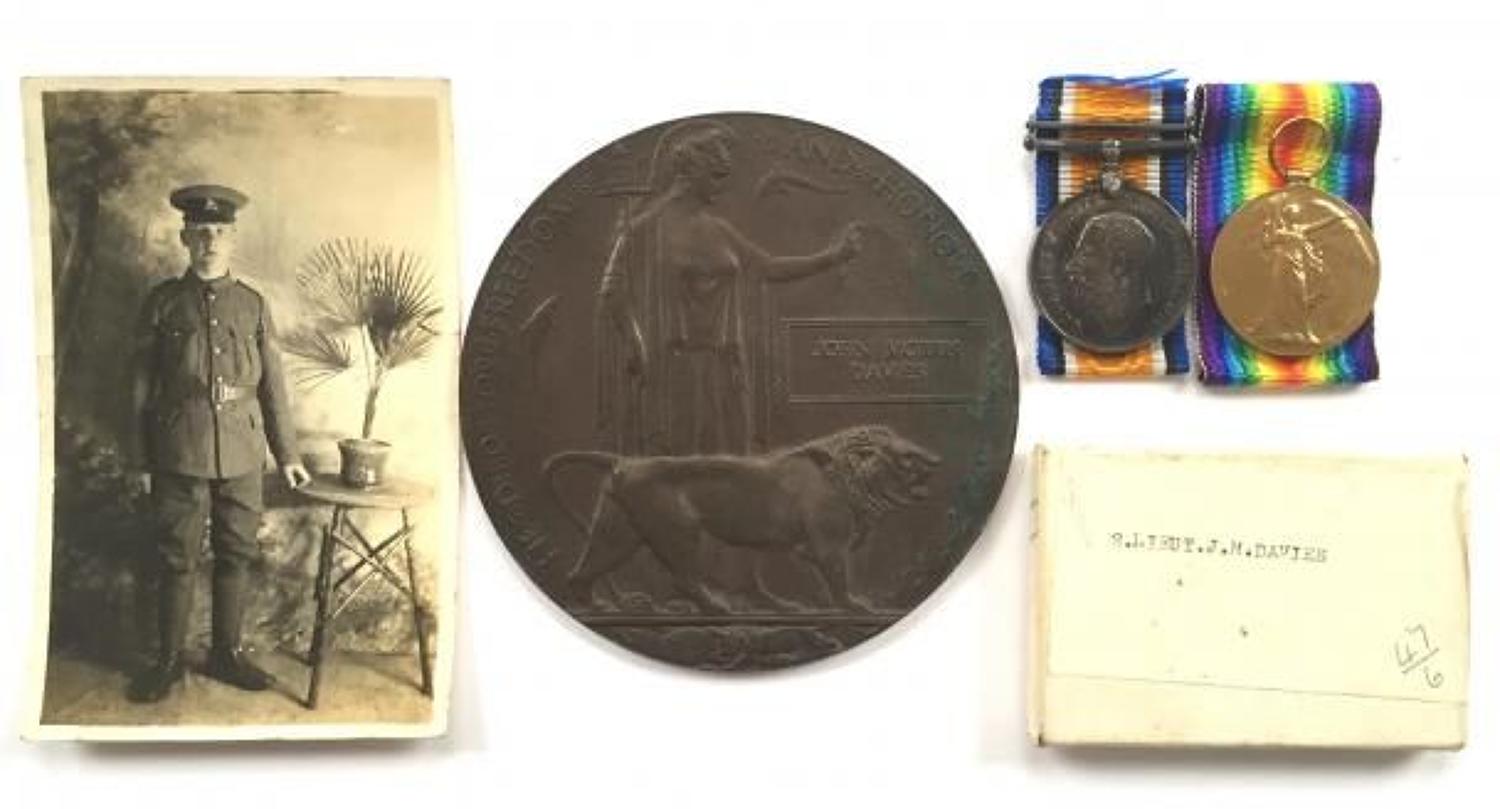 This group was awarded to Second Lieutenant John Morris Davies, who had originally served with the Montgomeryshire Yeomanry and was later Commissioned into the 16th (Cardiff City) Bn Royal Welsh Fusiliers. Comprising: British War Medal, Victory Medal "2 LIEUT J.M. DAVIES" (Box of issue), Bronze Memorial Plaque "John Morris Davies". Condolence forwarding letter for medals. Portrait Photograph. Second Lieutenant John Morris Davies, volunteered for service with the Montgomeryshire Yeomanry landed in Egypt on the 15th March 1916. Selected for a commission he was appointed on the 29th May 1917 and joined the 16th Bn Royal Welsh Fusiliers. He was Killed in Action on the 8th October 1918 and now remembered at the Vis-En-Artois Memorial France. 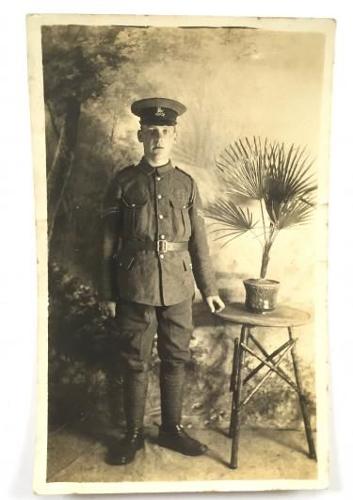 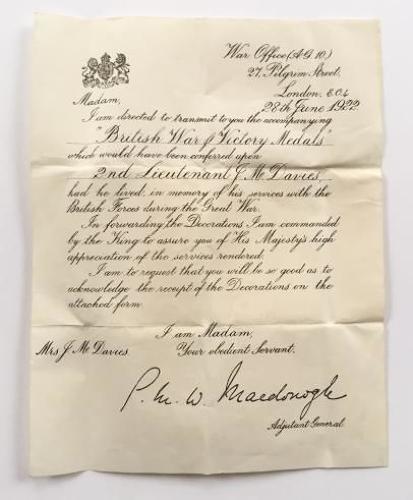 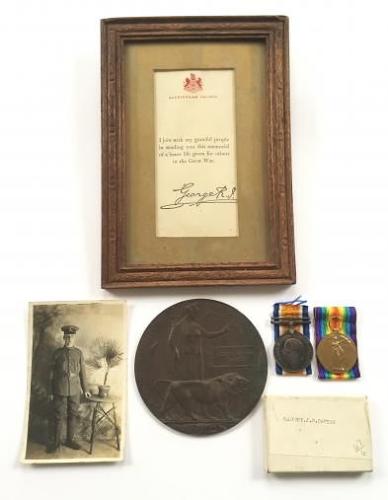