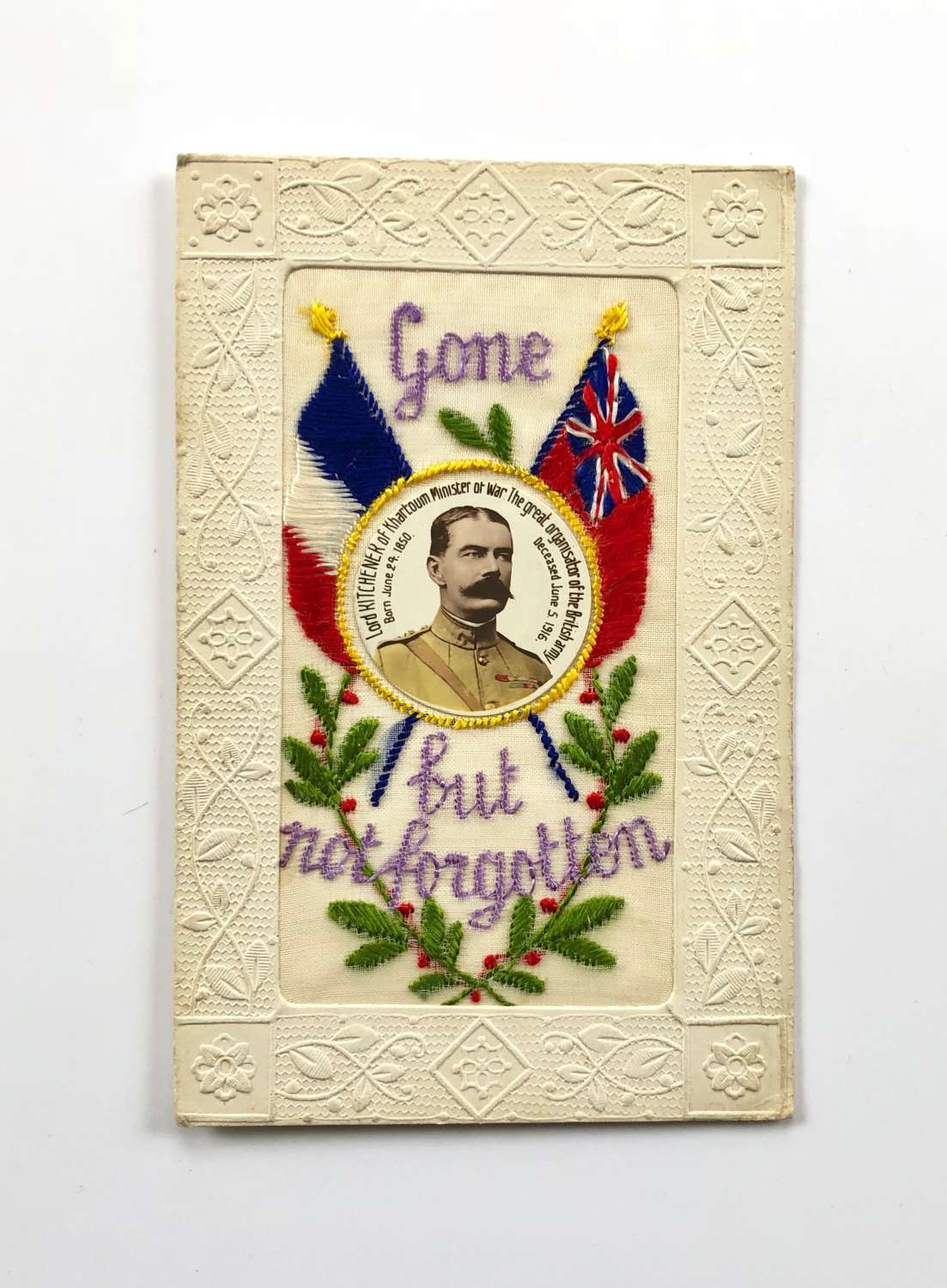 WW1 Lord Kitchener Red Ensign silk Memorial Military Postcard
A scarce and exceptionally clean First World War Circa 1916 Lord Kitchener souvenir silk memorial postcard'; hand embroidered with crossed flags and “Gone but not forgotten”. Mounted to the centre a card disc bearing a coloured portrait image of Lord Kitchener. Reverse with pencil inscription dated October 1916. Clean condition.
Lord Kitchener sailed from Scrabster to Scapa Flow on 5 June 1916 aboard HMS Oak before transferring to the armoured cruiser HMS Hampshire for his diplomatic mission to Russia. Shortly before 19:30 hrs the same day, steaming towards the Russian port of Arkhangelsk during a Force 9 gale, Hampshire struck a mine laid by the newly launched German U-boat U-75 (commanded by Curt Beitzen) and sank west of the Orkney Islands. The news of Kitchener's death was received with shock all over the British Empire. 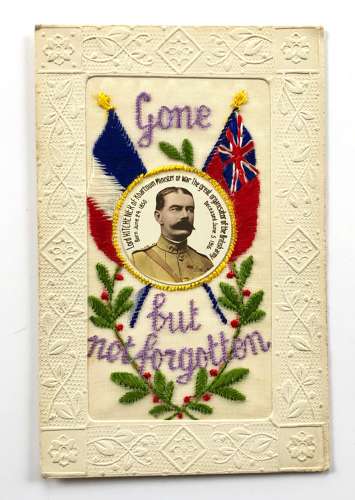 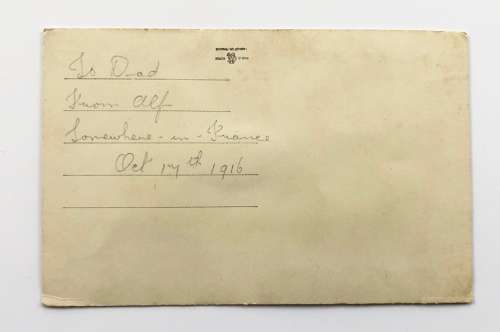