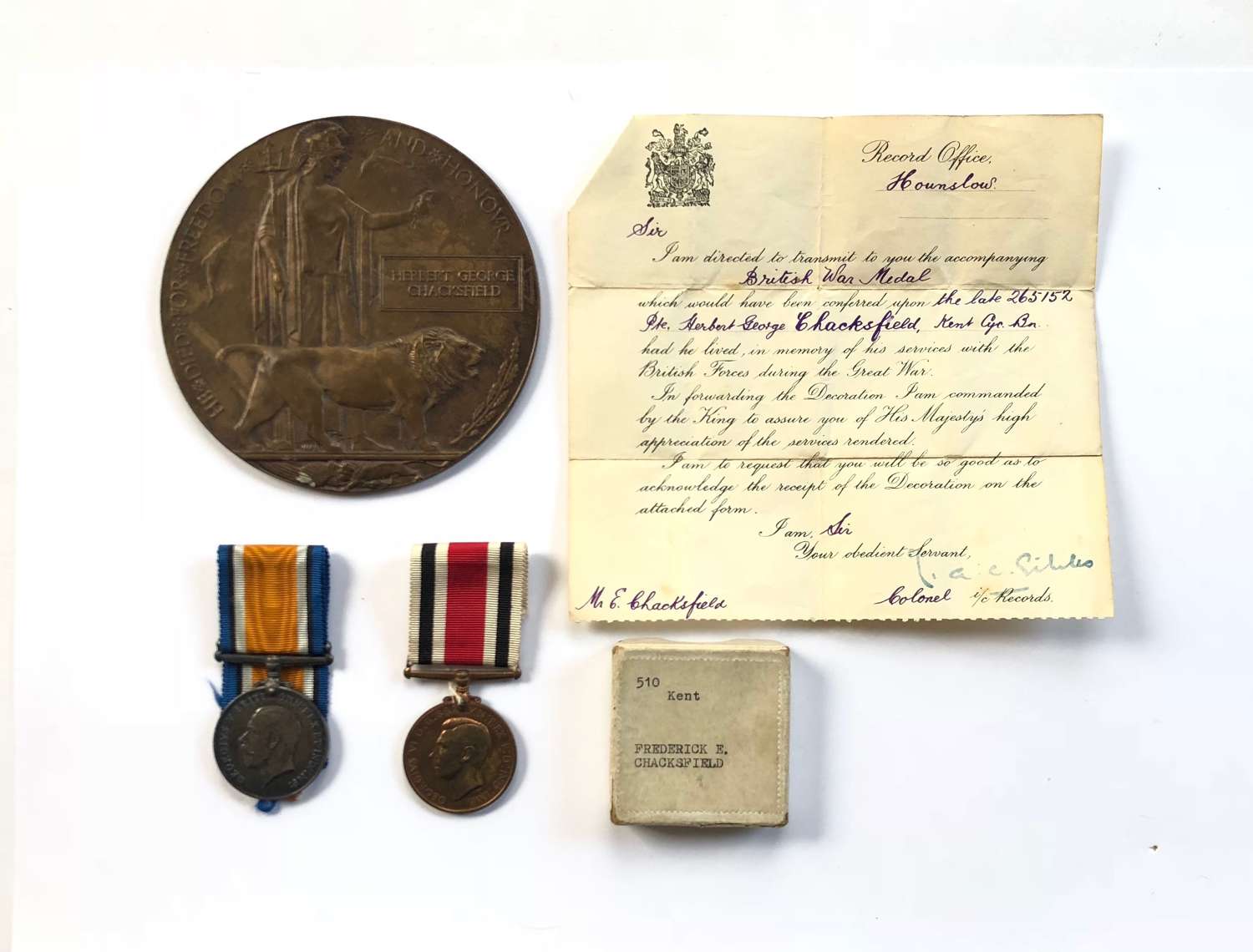 The group is accompanied by a Special Constabulary Medal awarded to FREDERICK E CHACKSFIELD who served with the Kent Constabulary.

Private Herbert George Chacksfield, was only awarded the British War Medal. He was a native of Tunbridge Wells, he died on the 27th October 1918 in India, whilst serving with the 1st/1st Kent Cyclist Battalion 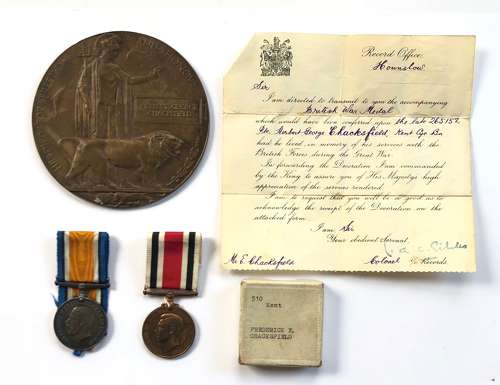 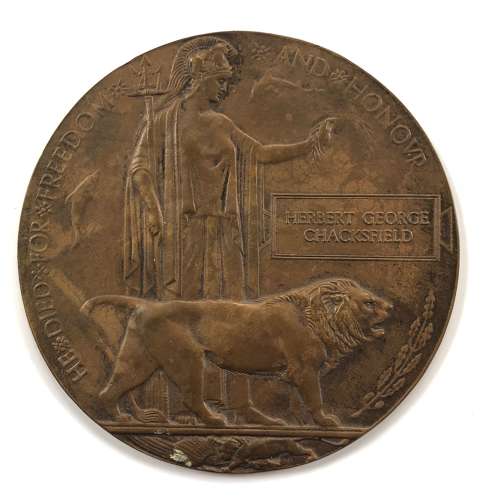 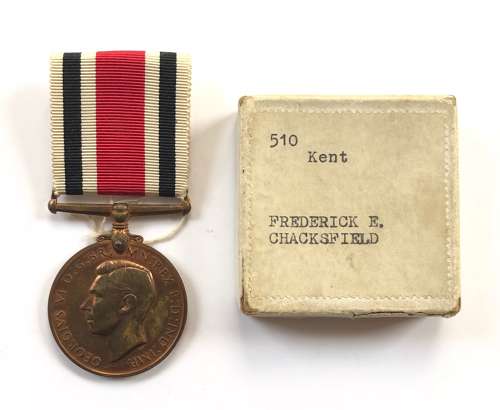