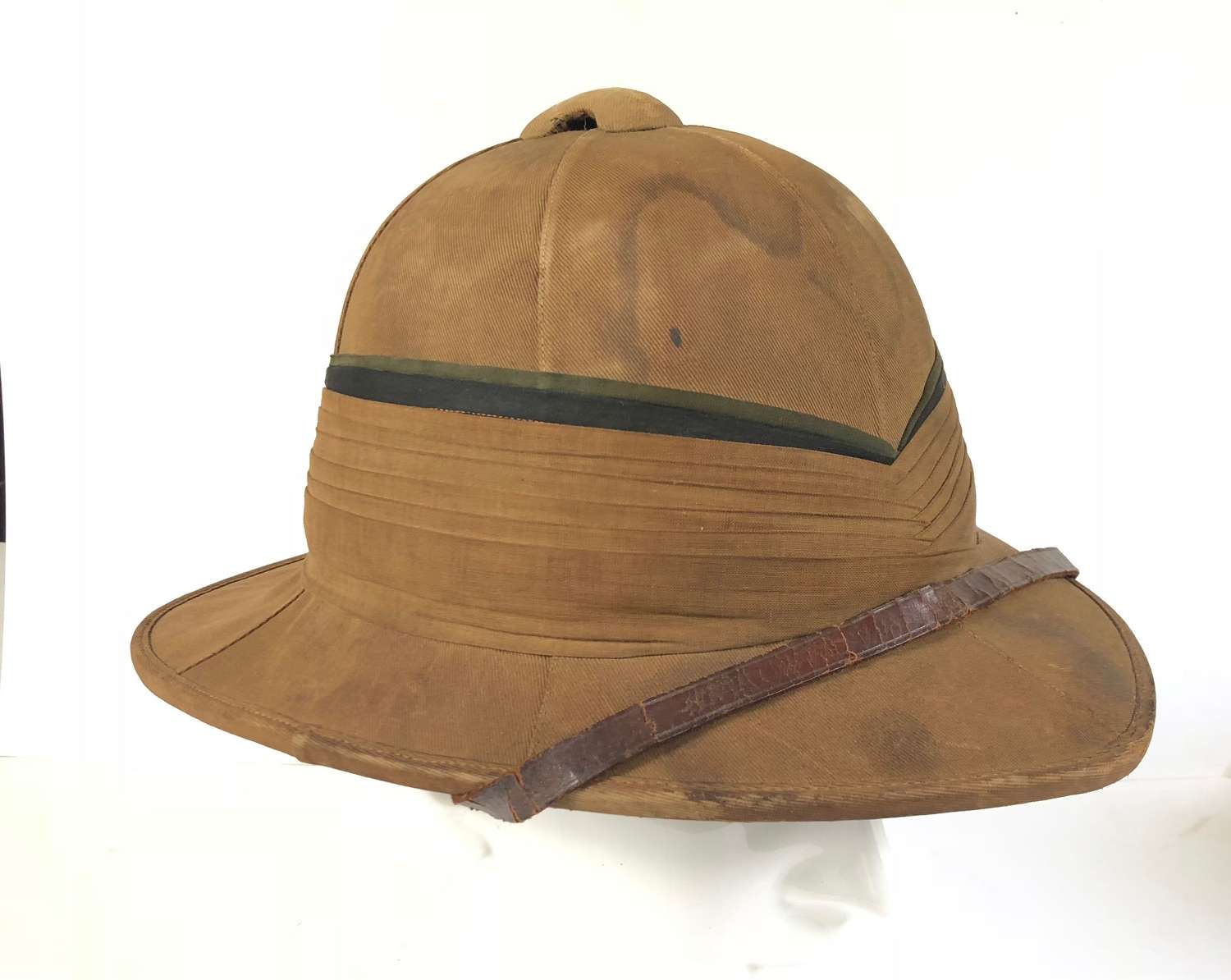 A good Officer’s example tailored by Comforilet with a eight fold pagri, the top two being coloured black and green. The interior with leather sweatband and retaining leather chinstrap. The latter dry but complete. The helmet with some staining, small crack in cork to the rear peak not effecting the appearance.

I have found two British Regiments with this regimental colour combination.
Territorial Battalions of the Rifle Brigades which saw service in Egypt during the Great War
Also in October 1922 the 2nd Battalion Rifle Brigade was deployed to Turkey as part of the response to the Chanak Crisis, which had followed Turkish efforts to push the Greek armies out of Turkey and restore Turkish rule in the Allied occupied territories of Turkey, primarily in Constantinople
The other Regiment being the 2/18th (London Irish) London Regiment, which also saw service in Palestine during the Great War. 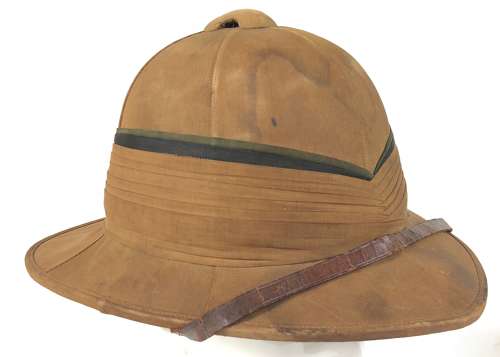 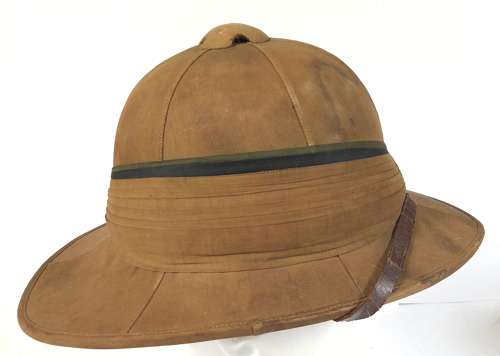 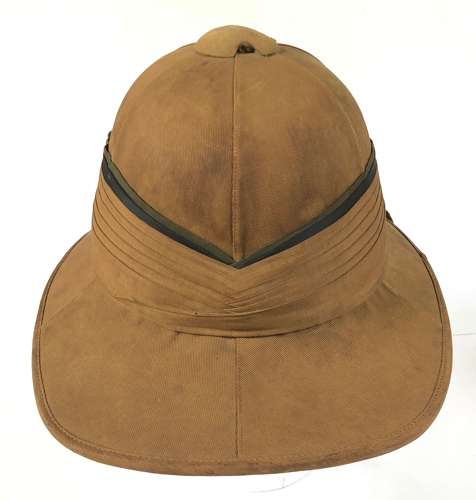 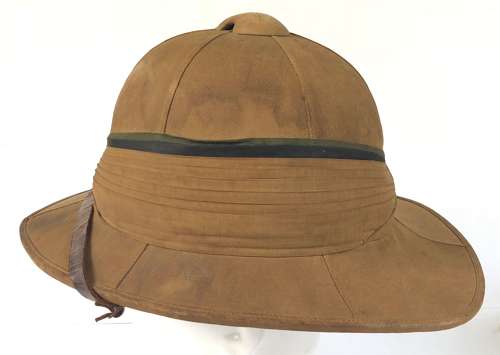 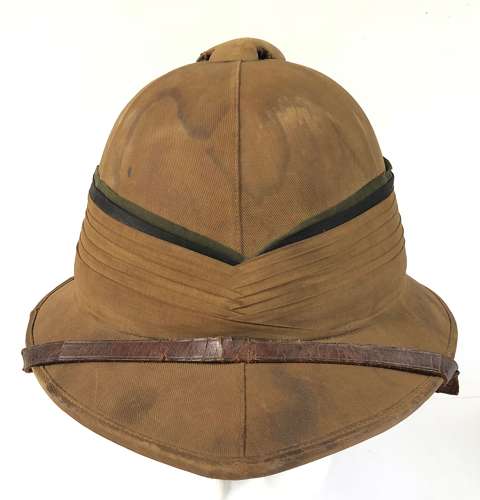 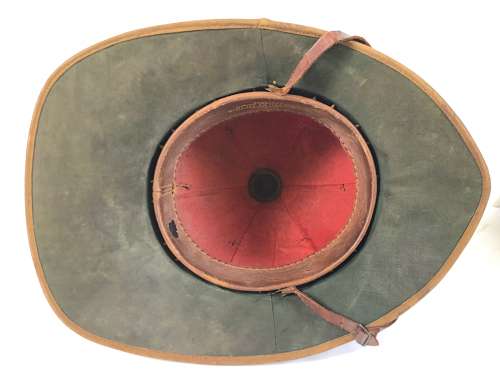 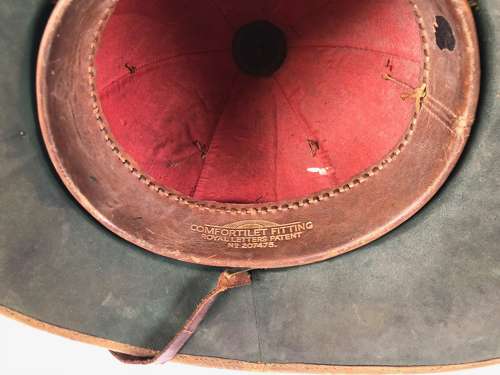