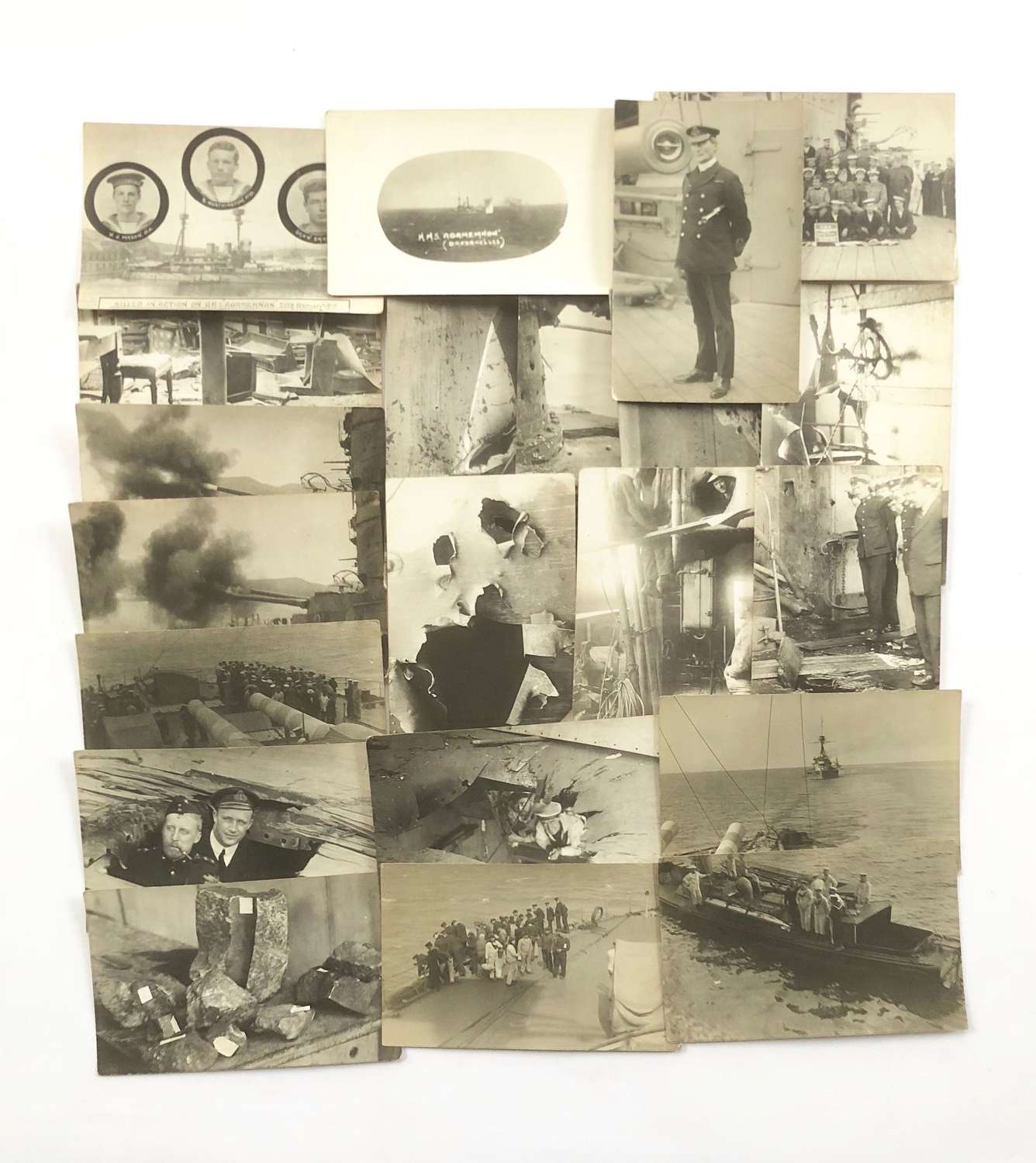 A rare original set of photographic postcard photographs of damage to the battleship sustained during the bombardments of the Turkish positions during the Gallipoli landings and support operations. A number of postcards with pencil notes to the reverse.
Comprising:
11x Damage to the ship from Turkish Shells
4x firing the great guns and under fire etc
5x General photographs of the crew
Photograph of the Captain
Memorial Card to the three men who lost their lives

HMS Agamemnon was one of two Lord Nelson-class pre-dreadnought battleships launched in 1906. In February 1915, Agamemnon was ordered to participate in the Dardanelles Campaign. On the second day of the opening bombardment of the Ottoman Turkish forts guarding the entrance to the Dardanelles, and the ship immediately joined the attack. She also took part in the subsequent bombardment of the inner forts later in February. Agamemnon was hit by seven 9.4-inch (240 mm) shells in ten minutes on 25 February and was holed above the waterline, suffering three dead. She supported the small amphibious landings of 4 March and participated in another bombardment on 6 March 1915. She came under heavy fire from Fort Hamidieh on 7 March, taking eight hits from large-calibre shells; one of them, allegedly a 14-inch (356 mm) round, blew a large hole in her quarterdeck and wrecked the wardroom and the gunroom. She also took several hits by light shells that day, and, although she suffered damage to her superstructure, her fighting and steaming capabilities were not seriously impaired. 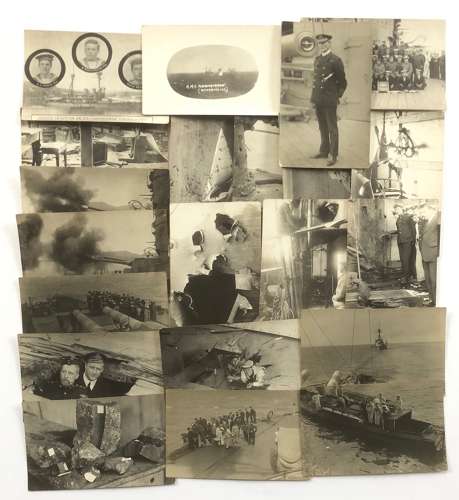 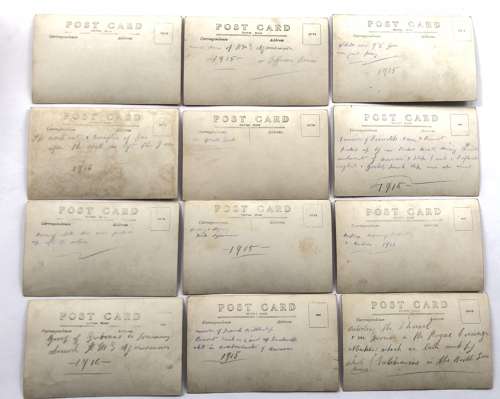 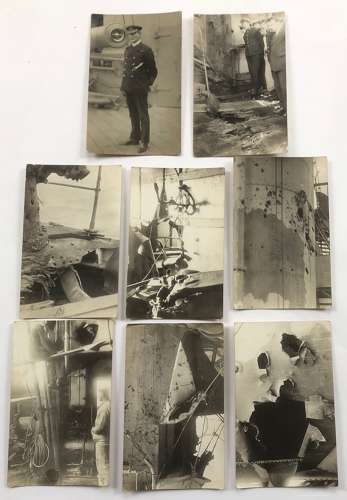 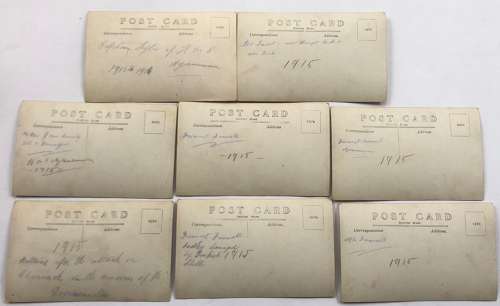 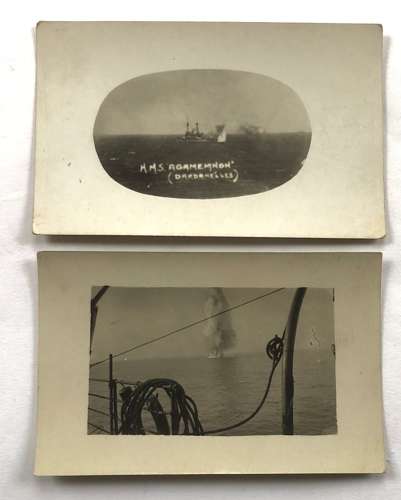 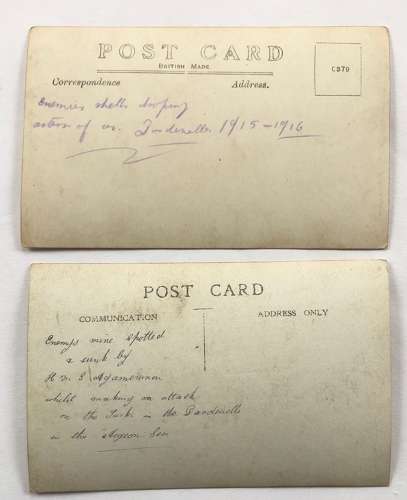