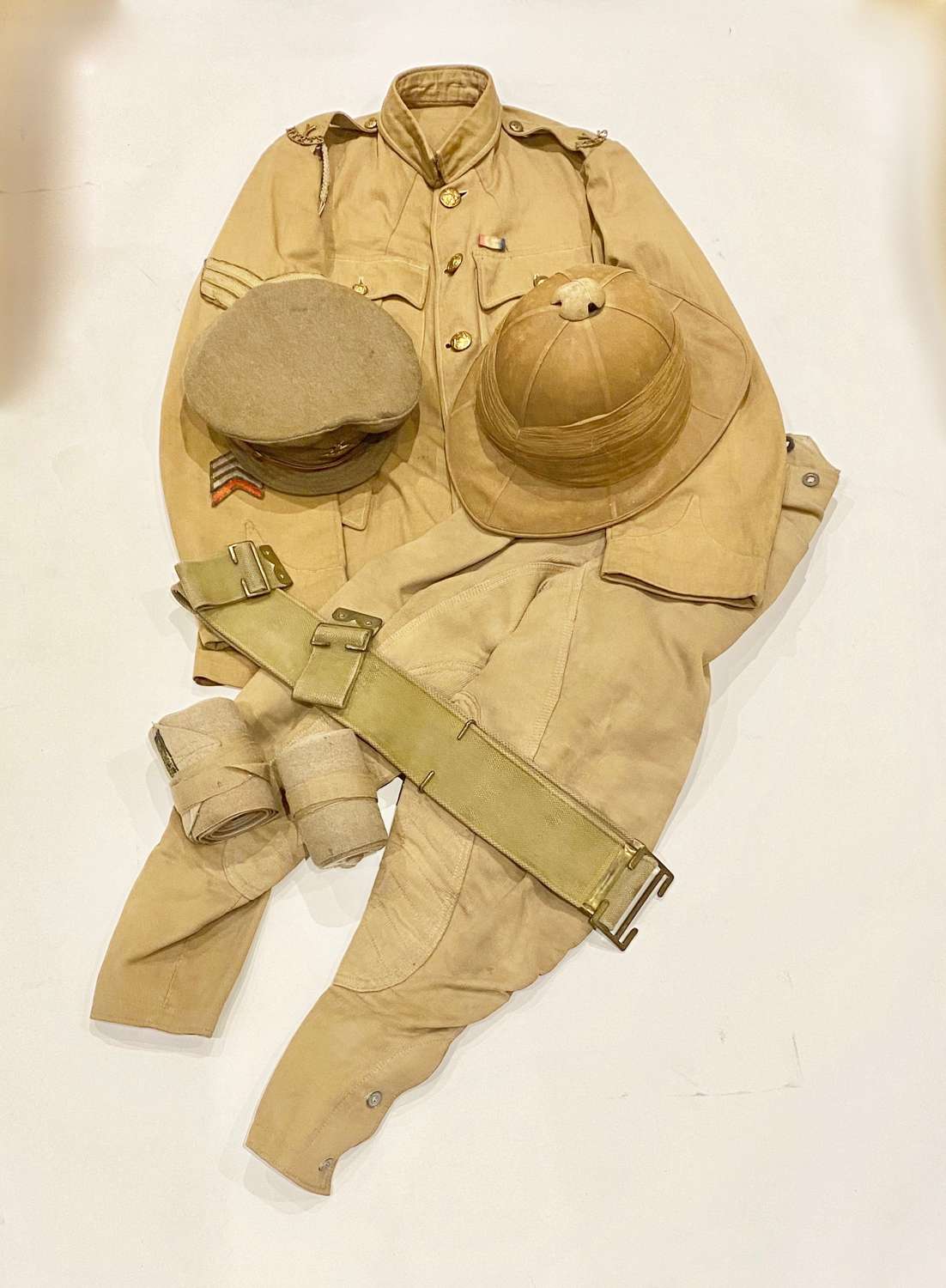 An outstanding grouping of uniform items worn by Sergeant Arthur R Marshall who with the rank of Corporal landed in Egypt with the Regiment on the 5th November 1914 and would have been with the regiment, when as dismounted troops landed at Gallipoli in August 1915. The sun helmet in the grouping dated 1912 and with the names of two Hertfordshire Yeomanry men, one being Sgt Marshall most probably was worn by one of them and saw action during the Gallipoli campaign

Foreign Service Helmet. believed to have been worn at Gallipoli.  This is a scarce War Department 1912 dated example, retaining original wrapped pagri and to the interior leather sweatband. The lining with J Compton & Son paper label and name of the first owner “G Bunn 1696”, (Private Godfrey Bunn Hertfordshire Yeomanry Same Draft)  this has been crossed out and replaced with “Marshall” There is also a pencil inscription “A R Marshall  HY” The mushroom button is held in place by old string. The helmet is dusty untouched condition and retains a good shape, the rear peak has a break in the cork, but stays in place. The early date of this helmet would indicate it was worn at Gallipoli.

Khaki Drill Tunic. A good example tailored with breast and waist pockets, also stand and full collar. To the right sleeve Sergeant chevrons and overseas service chevrons of one red (1914) and three blue. To each shoulder strap “Y Herts” brass shoulder titles and on the left breast a 1914/15 Star ribbon. The front row of General Service buttons are held in place by a leather cord a common Great War practice. The overall condition is again good untouched, although it is possible one Sergeant chevron has been removed.

Breeches. These of light KD colour cord material, with flat zinc buttons and a few period replacement probably done by Sgt Marshall during there working life. The inside with a ink stamp “PA 18793”. Some service wear GC.

1908 Pattern web belt. This is a large size example with faint stamps and date 191? possibly 1910. GC complete with brass buckle and slide.

The overall condition is near VGC untouched sleepy condition. Please note that a number of items have ink inscription made by a previous owner collector, this in my option adds to the history of the uniform. See photographs.

Sergeant Arthur R Marshall was a pre war Territorial and probably joined the Regiment circa 1909. The 1911 census shows him living at Sawbridgeworth, his trade being a Gardner. At the outbreak of the Great War the 1/1st Herfordshire Yeomanry were mobilised and embarked to Egypt his MIC noting his entry to theatre being the 5th November 1914. The Regiment landed at Gallipoli during August 1915 and after the evacuation in December 1915 he returned to Egypt and the Regiment was split up in March 1916. It appears that Sgt Marshall transferred to the Corps of Dragoons and later transferred to the Northamptonshire Yeomanry. 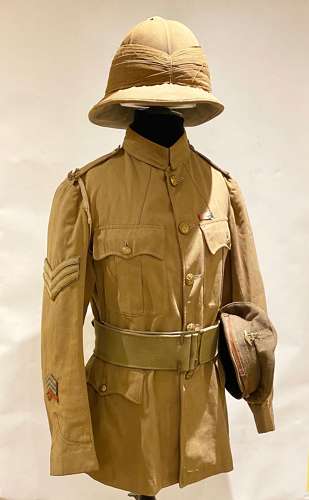 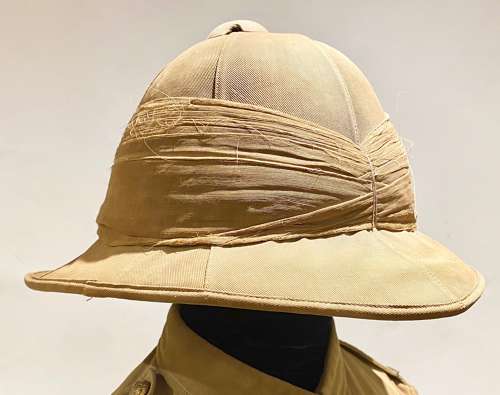 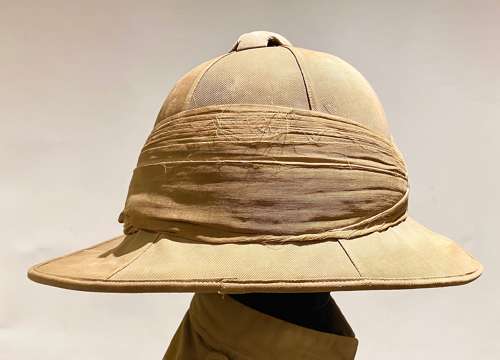 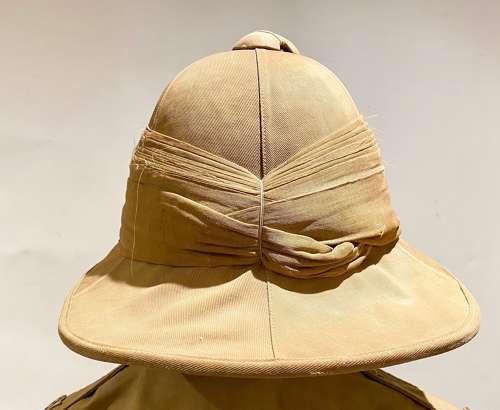 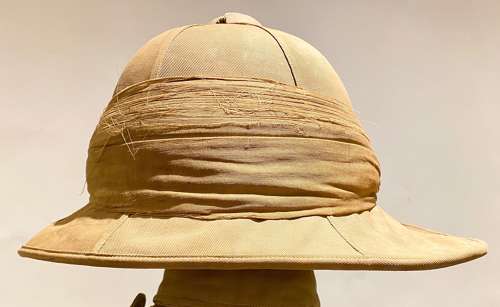 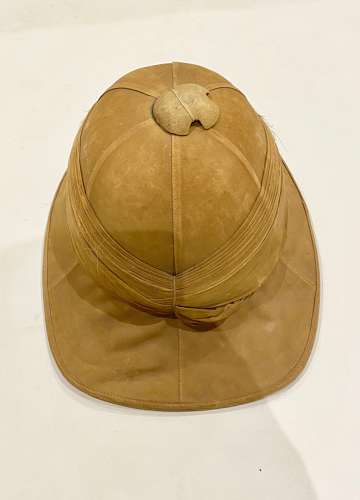 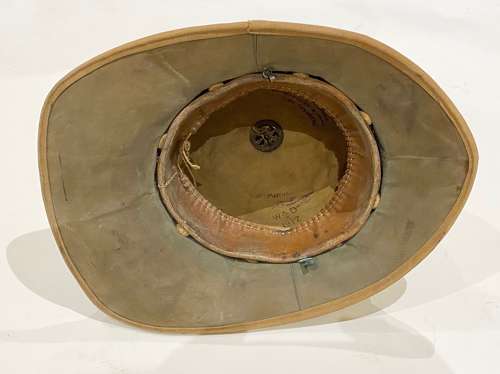 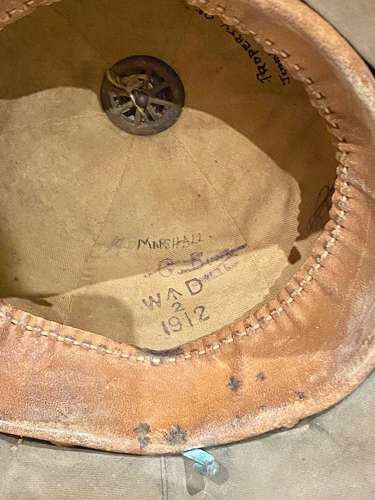 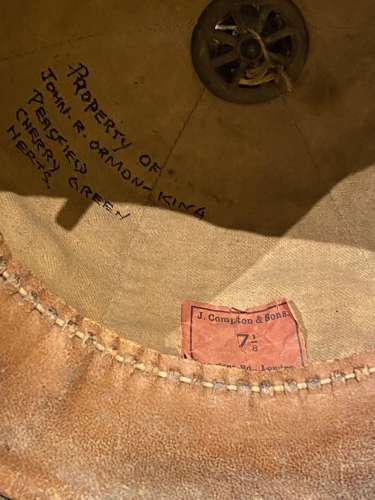 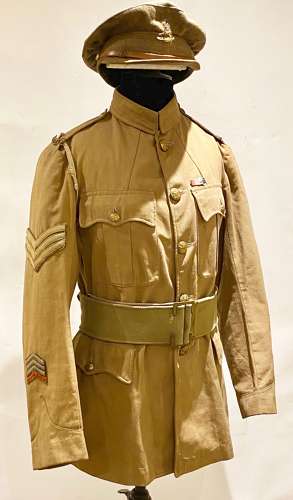 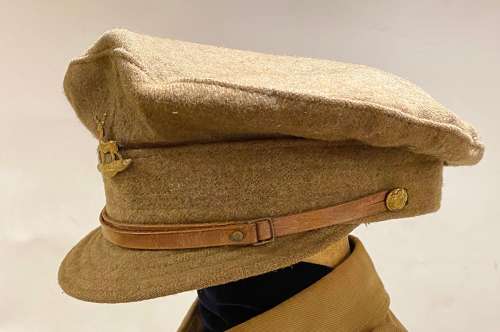 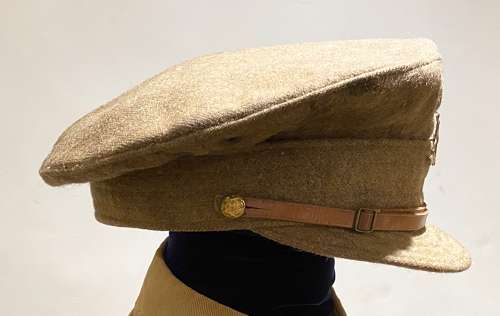 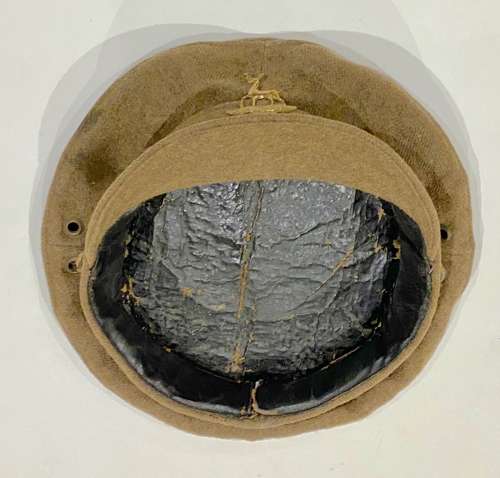 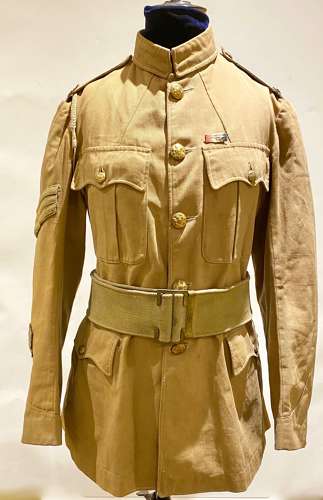 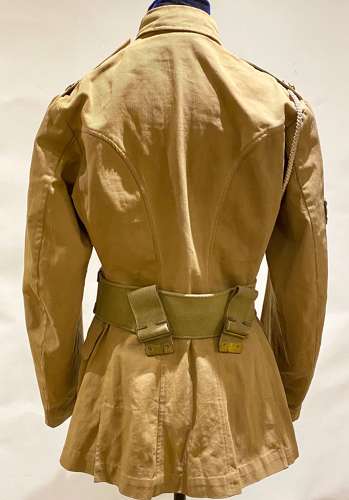 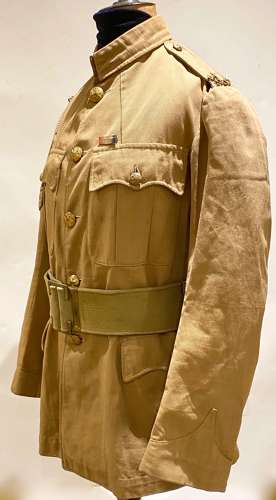 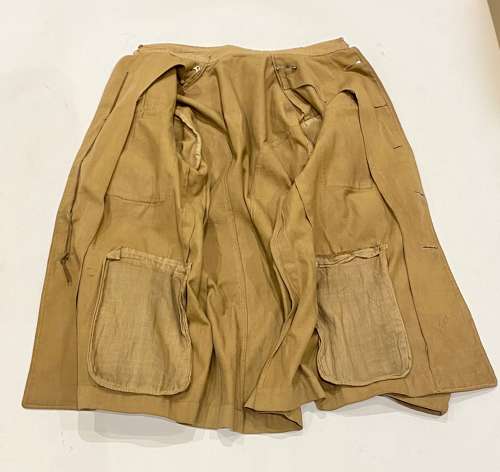 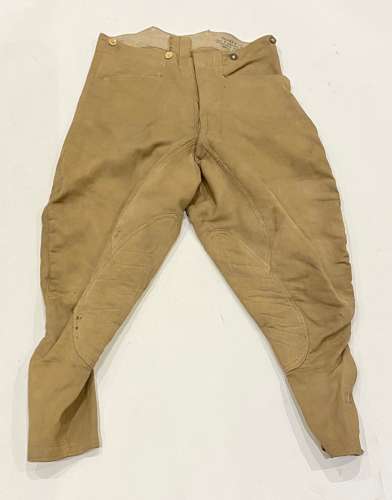 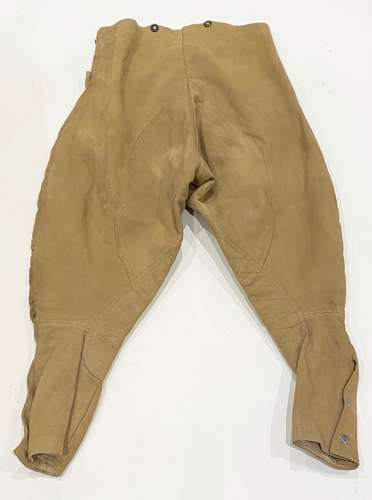 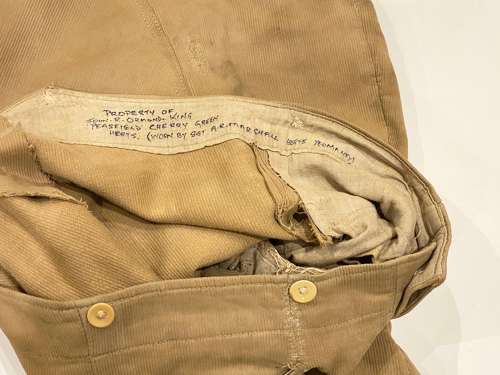 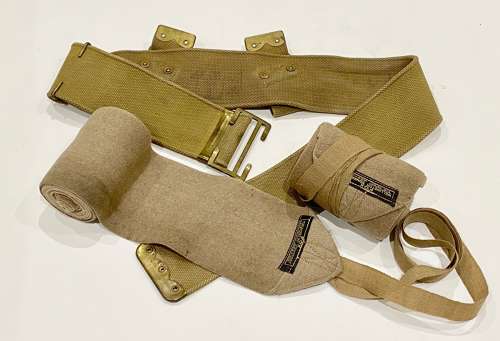