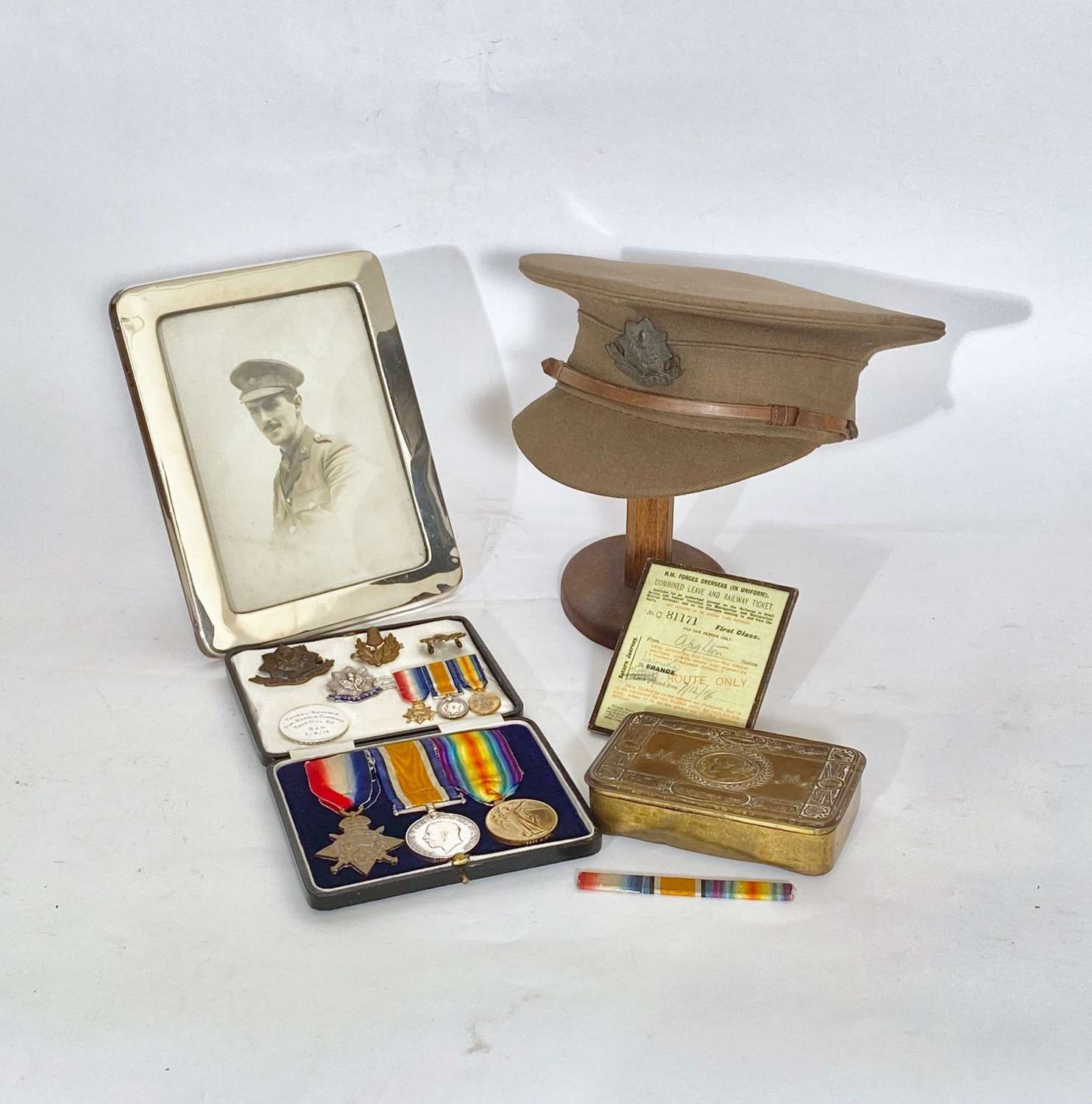 An extremely rare grouping of items appertaining to Captain A Pim 1st Bn Cheshire Regiment wounded at Hill 60 in May 1915.
Comprising:
Officer’s cap
This is a good sleepy example of the early stiff pattern service dress cap, complete with OSD bronze cap badge, correct thin brown leather chinstrap. The interior with quilted lining and leather sweatband, this with ink name Cap Pim. The cap is dusty retains a good shape some stitching faults to the sweatband.

Trench Patrol Souvenir.
This is in the form of a coin which has been smoothed and engraved “PATROL SOUVENIR PIM NORRIS CUMMINGS FOOT HILL 60 7/4/15.

Portrait Photograph.
This depicts Captain Pim wearing his service dress tunic and cap which I believe is the cap is in this grouping. The photograph is mounted into a silver frame bearing Chester hallmarks for 1912. Size 7 x 9 inches

1914 Princes Mary Gift Tin.
This is engraved to the interior lid “THIS IS AN ACTUAL TOBACCO TIN RECEIVED AT THE FRONT DURING THE PRESENT WAR. A PRESENT FROM PRINCESS MARY XMAS 1914”.

Captain A Pin was commissioned into the 3rd Bn Cheshire Regiment on the 15th August 1914 and was attached to the 1st Bn landed in France on the 19th January 1915. He was reported wounded on the 8th May. This is the date the Bn came out of the line, the Battalion war diary records that the Bn went into the line on the 5th May and engaged the enemy in the vicinity of Larch Wood Ypres. During the 3 days in the line Pim along with three other Officers were wounded and the CO Lt Col Scott Killed. He was promoted to Captain on the 24th November whilst still with the 1st Bn 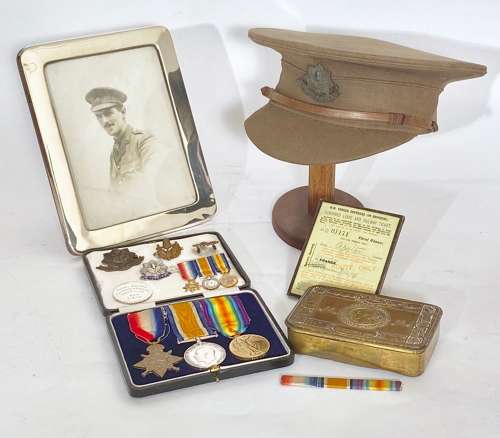 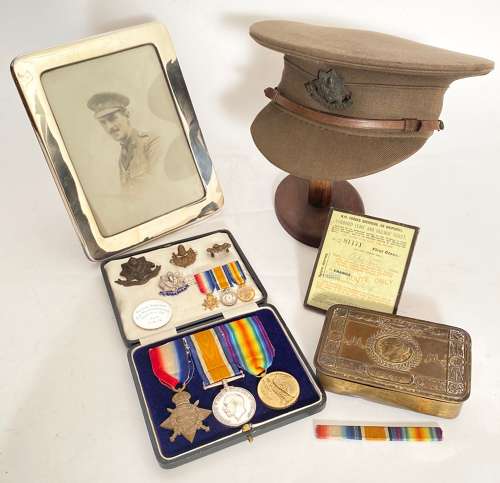 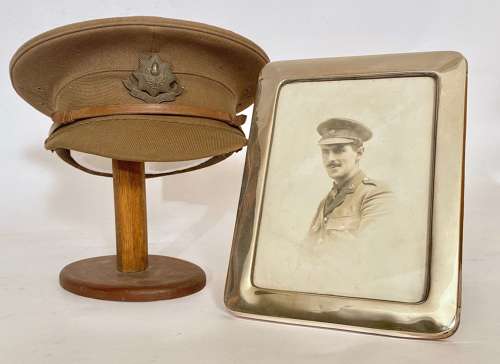 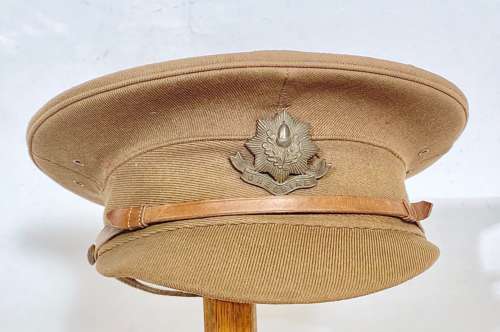 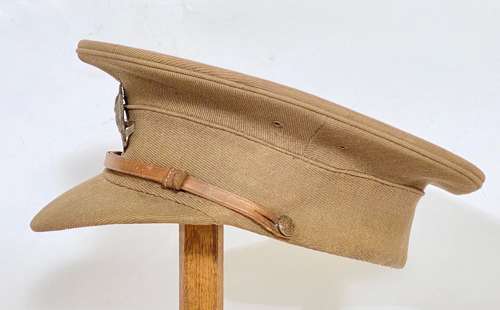 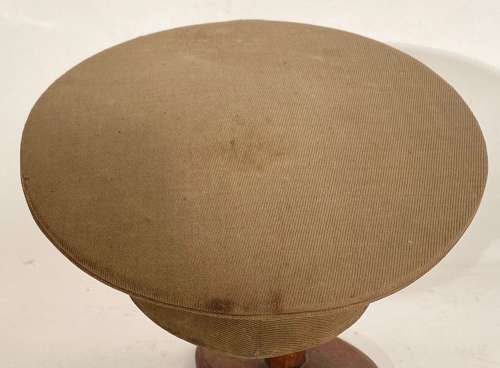 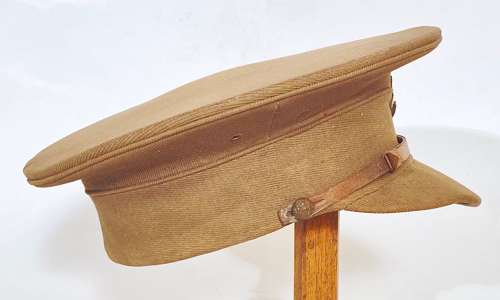 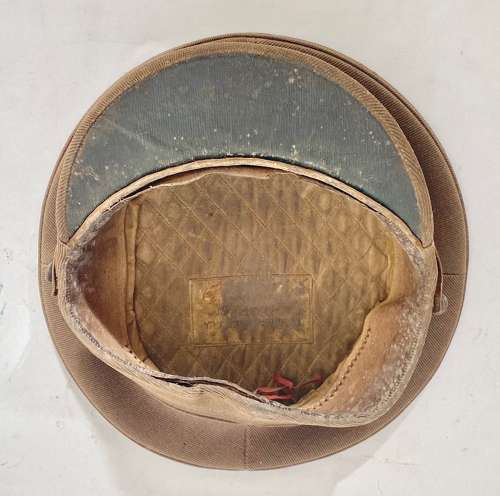 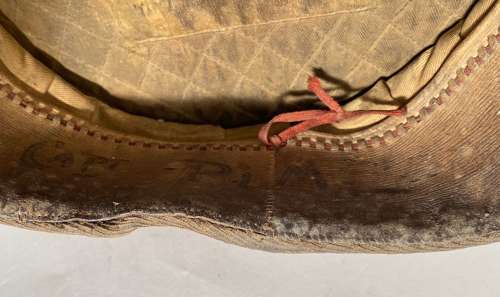 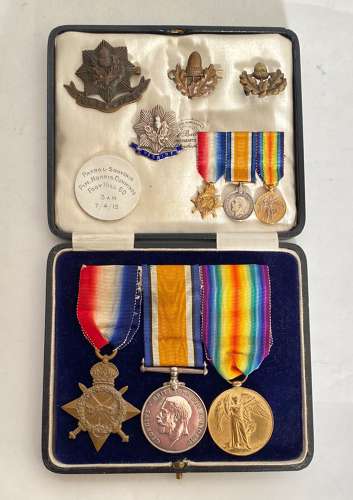 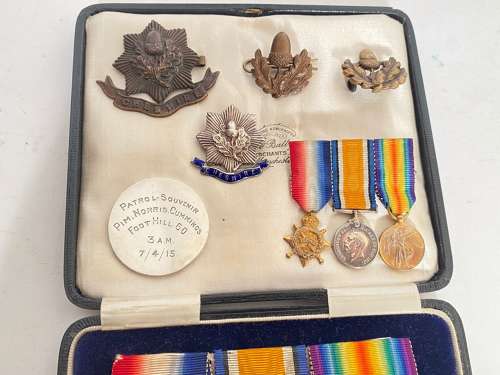 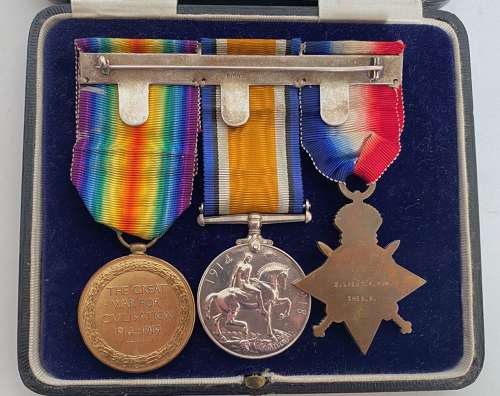 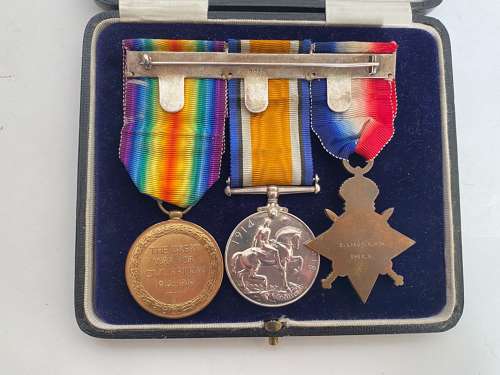 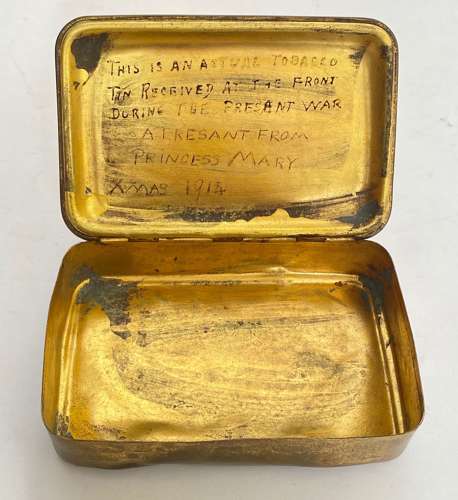 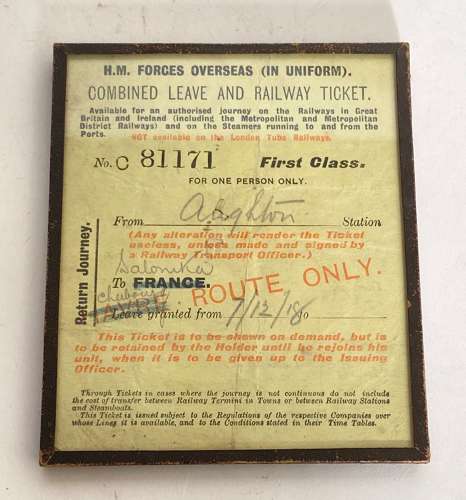