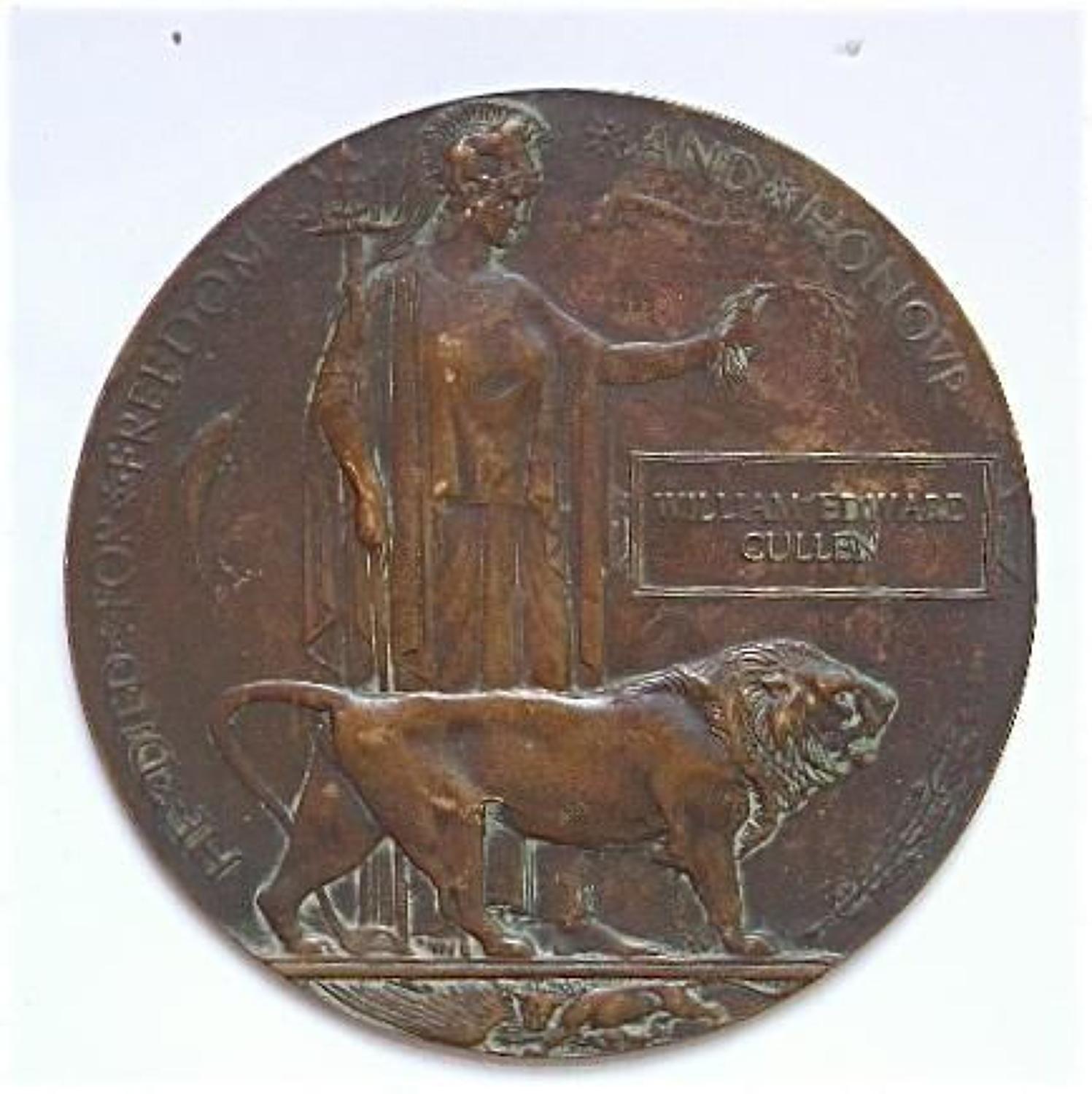 Issued to commemorate the ultimate sacrifice of “William Edward Cullen” for his country. GC Unique name.

Private William Edward Cullen was Killed in Action on the 9th September 1916, whilst serving with the 2nd Battalion. He enlisted on the 23rd August 1915, his trade given as accountant