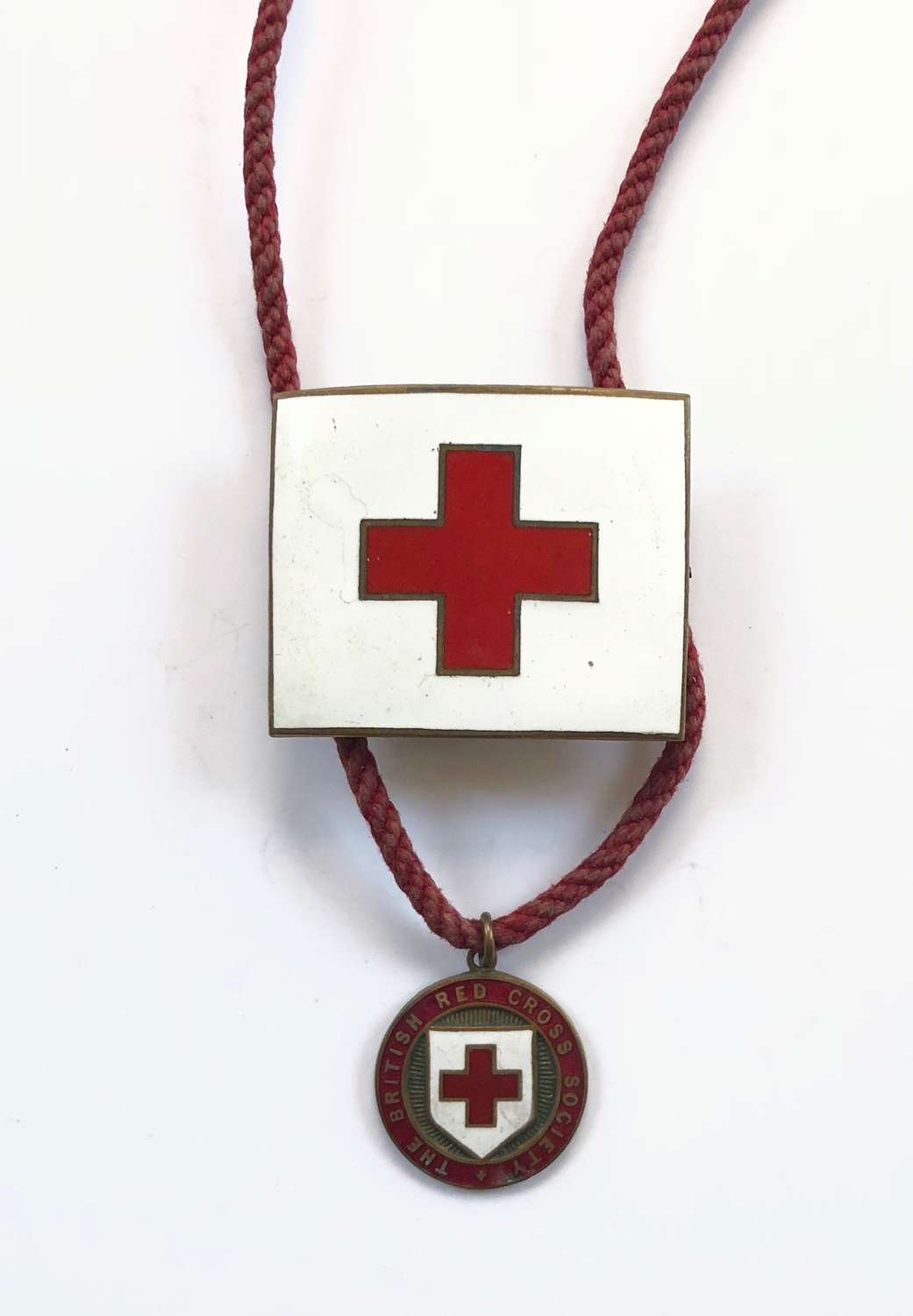 A scarce example of the large Red Cross square cap badge worn by ambulance drivers and orderlies, this example of red and white enamel retains both loops and makers details of J R Gaunt London and issue number 3330. Near VGC. This is accompanied by a BRCS enamel medallion with red cord, possibly used as an ID tag.. This stamped to the reverse 3330 Harold T Jackson. (2 items)

Mr Harold Thomas Jackson of Rossley Manor, Andoversford Gloucestershire at the age of 18 years volunteered on the 17th May 1915 for service with the Red Cross as an Orderly with the service number 3330 which cam be found on both the badge and tag. After service in France his service was terminated on the 31st October 1915. 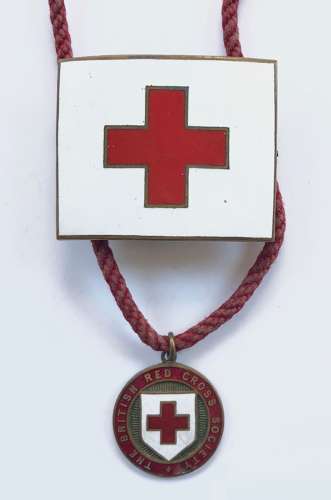 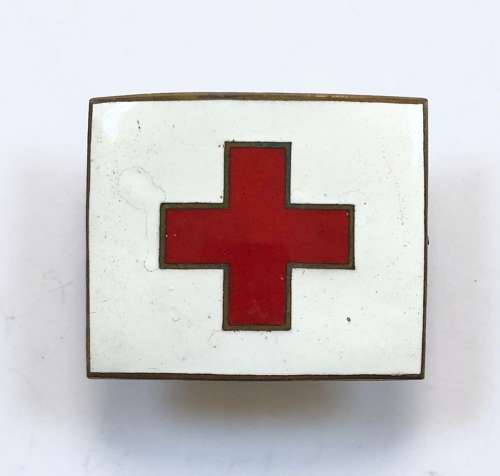 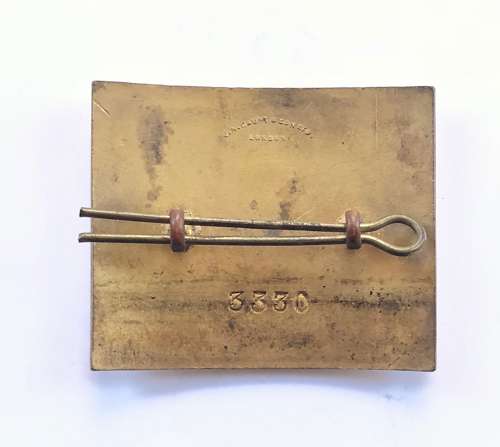 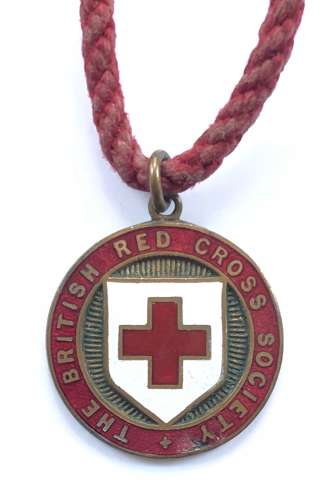 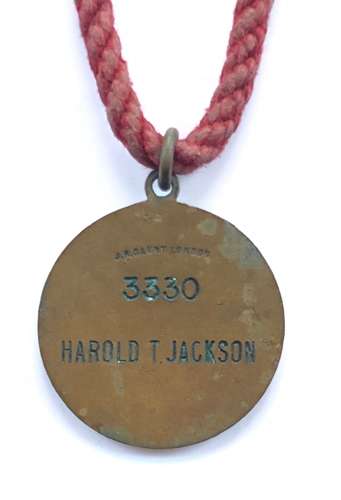