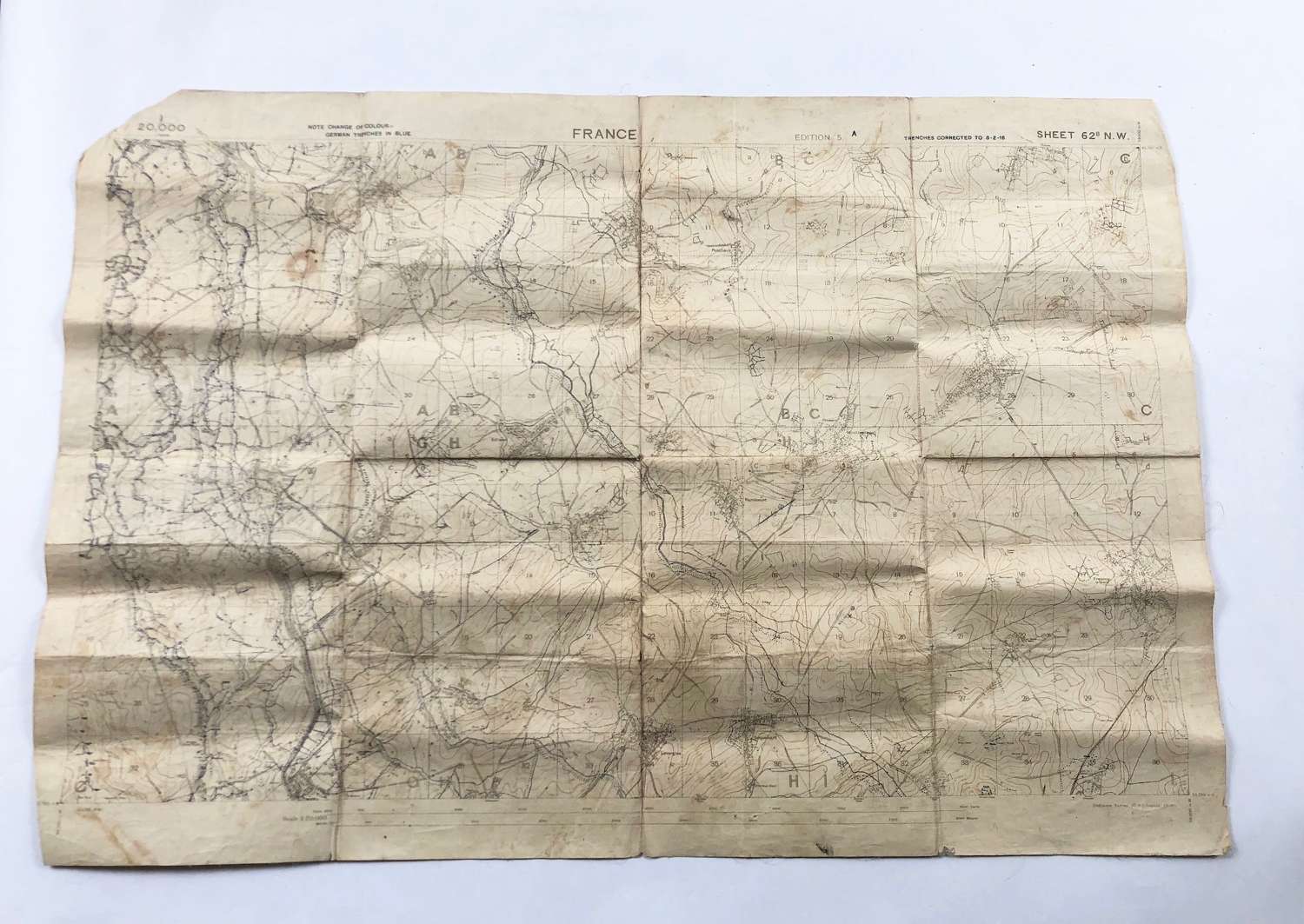 A rare used trench fighting map 1/20,000 scale sheet 62B N.W. Showing the German trenches corrected to the 8th February 1918. This map depicts the lines around Bellicourt, Catelet, etc. Paper  on linen.  The reverse with a faint pencil inscription which appears to be Bellenglise 4 Northumberland’s The map was printed August 1918

This map was most probably used during the Battle of St. Quentin Canal that began on 29 September 1918 and ran through to the 10th October. The 1/4th Bn Northumberland Fusiliers present as part of the 149th (Northumberland Brigade), 50th Northumberland Division.

A rare example of a attributed Battle used map. 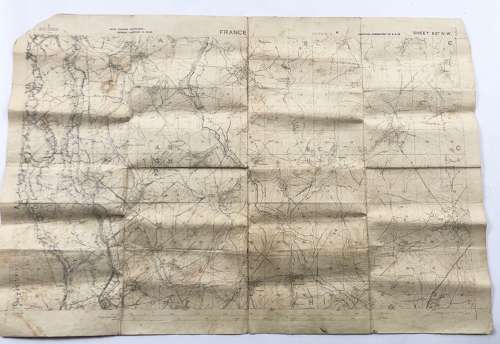 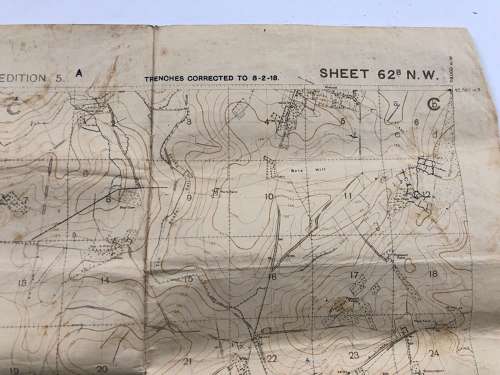 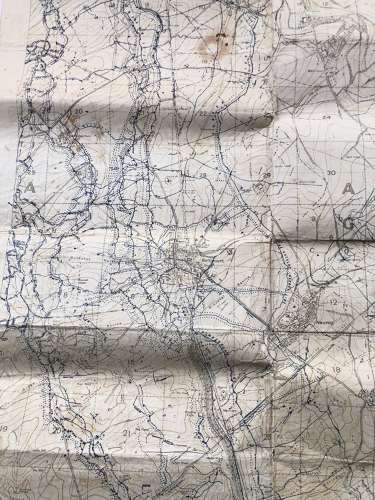 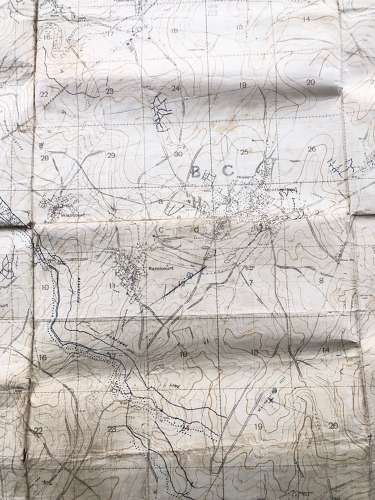 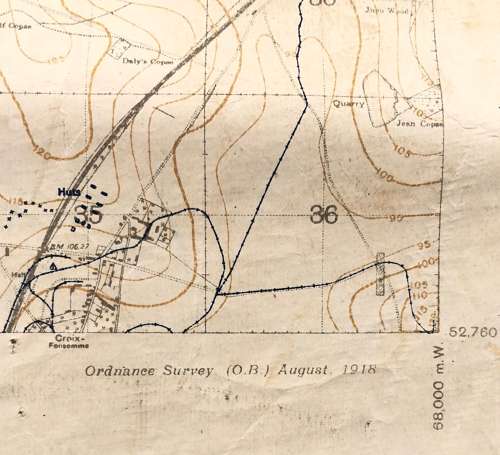 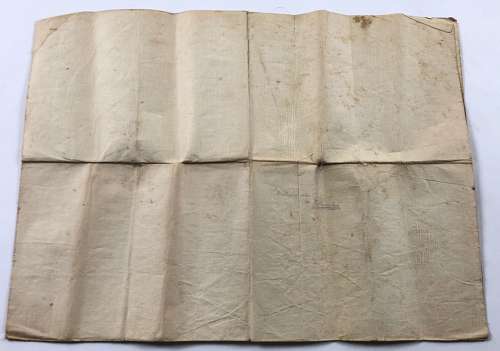