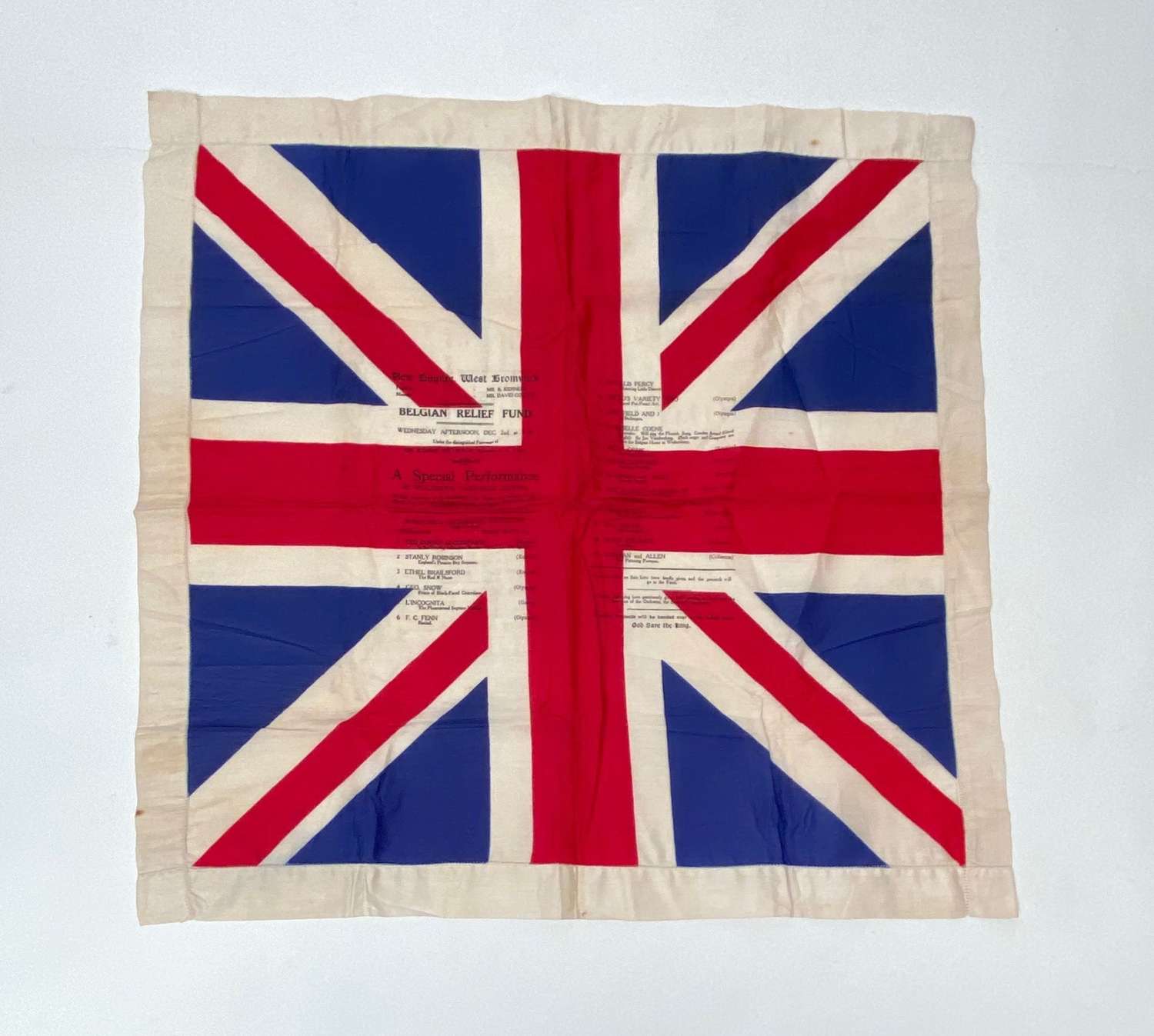 A very rare printed silk Union Jack fund raising flag.
Printed with the details of a special fund raising performance concert by well known vaudeville artists which was held on the 2nd December (1914) in the attendance of the Mayor of West Bromwich at the New Empire Theatre. The flag lists all the performers which participated in the concert. All  money raised was given to the Belgium Relief Fund Charity.
Colours remain bright and fresh VGC.
Size 54 x 52 cm 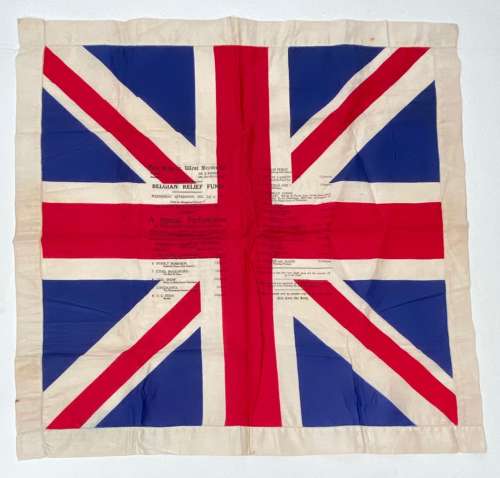 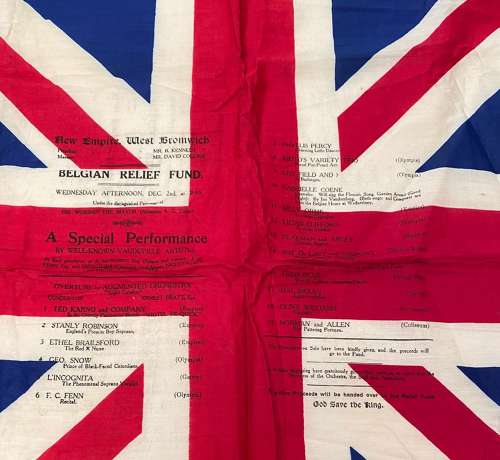 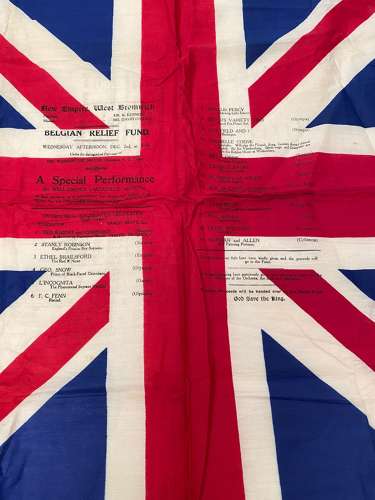 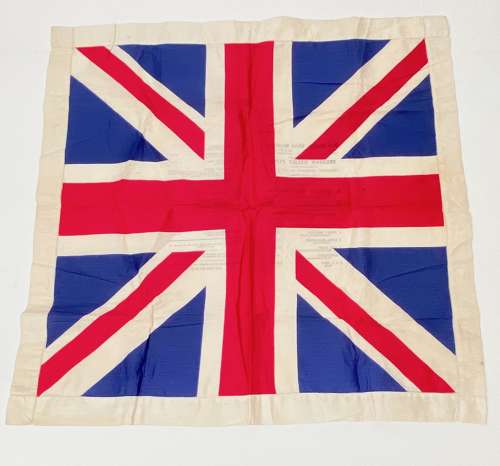