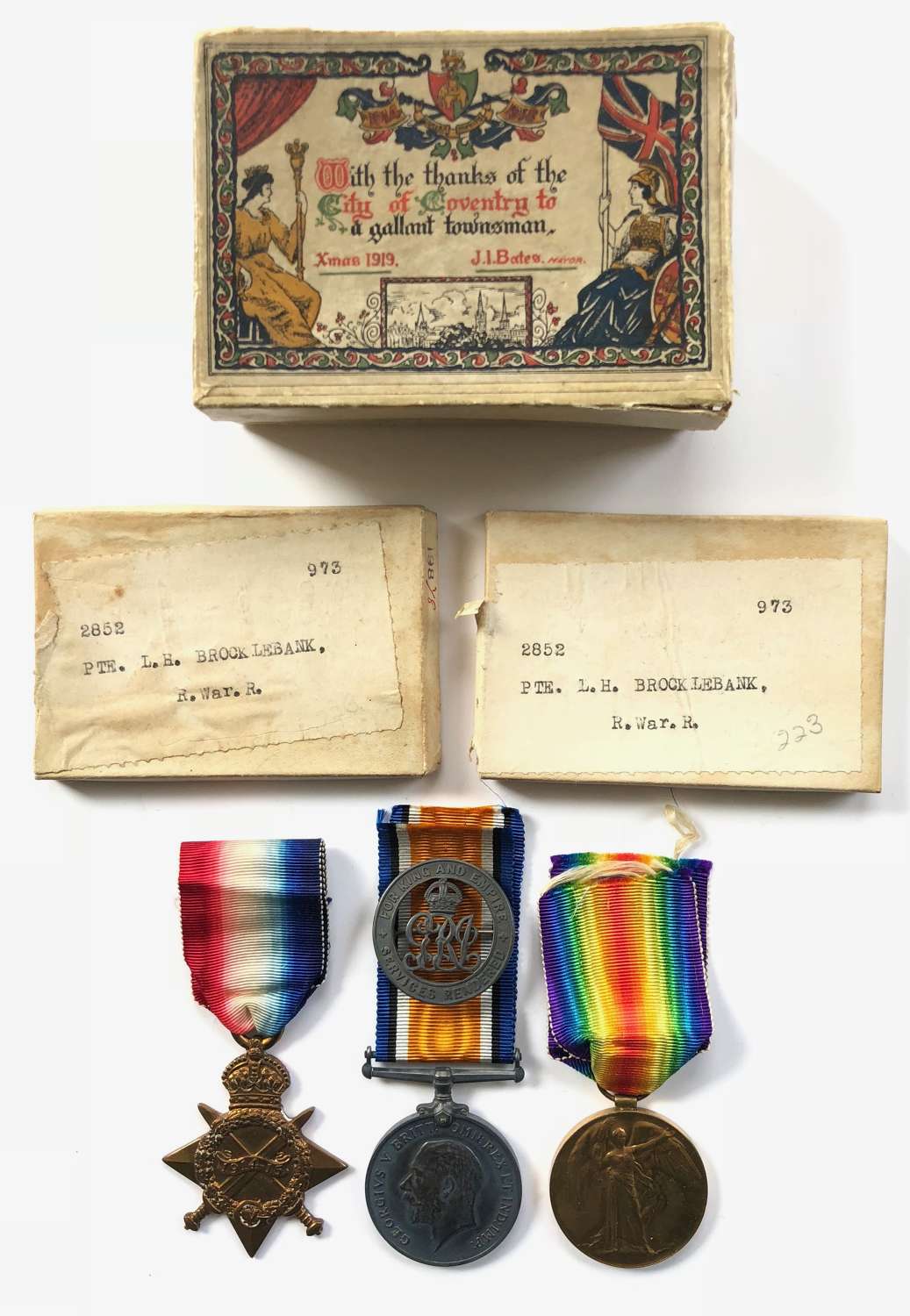 A near complete and interesting group awarded to Private Leonard Harry Brocklebank a native of Coventry.

Private Leonard Harry Brocklebank volunteered for service with the 7th Bn Royal Warwickshire Regiment who’s HQ was in Coventry on the 5th September 1914. He landed in France on the 22nd March 1915 and was discharged with the award of a SWB on the 22nd August 1915. 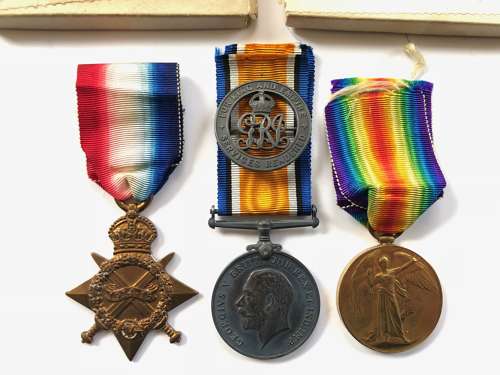 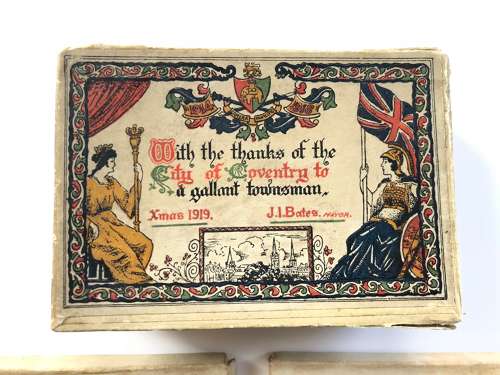