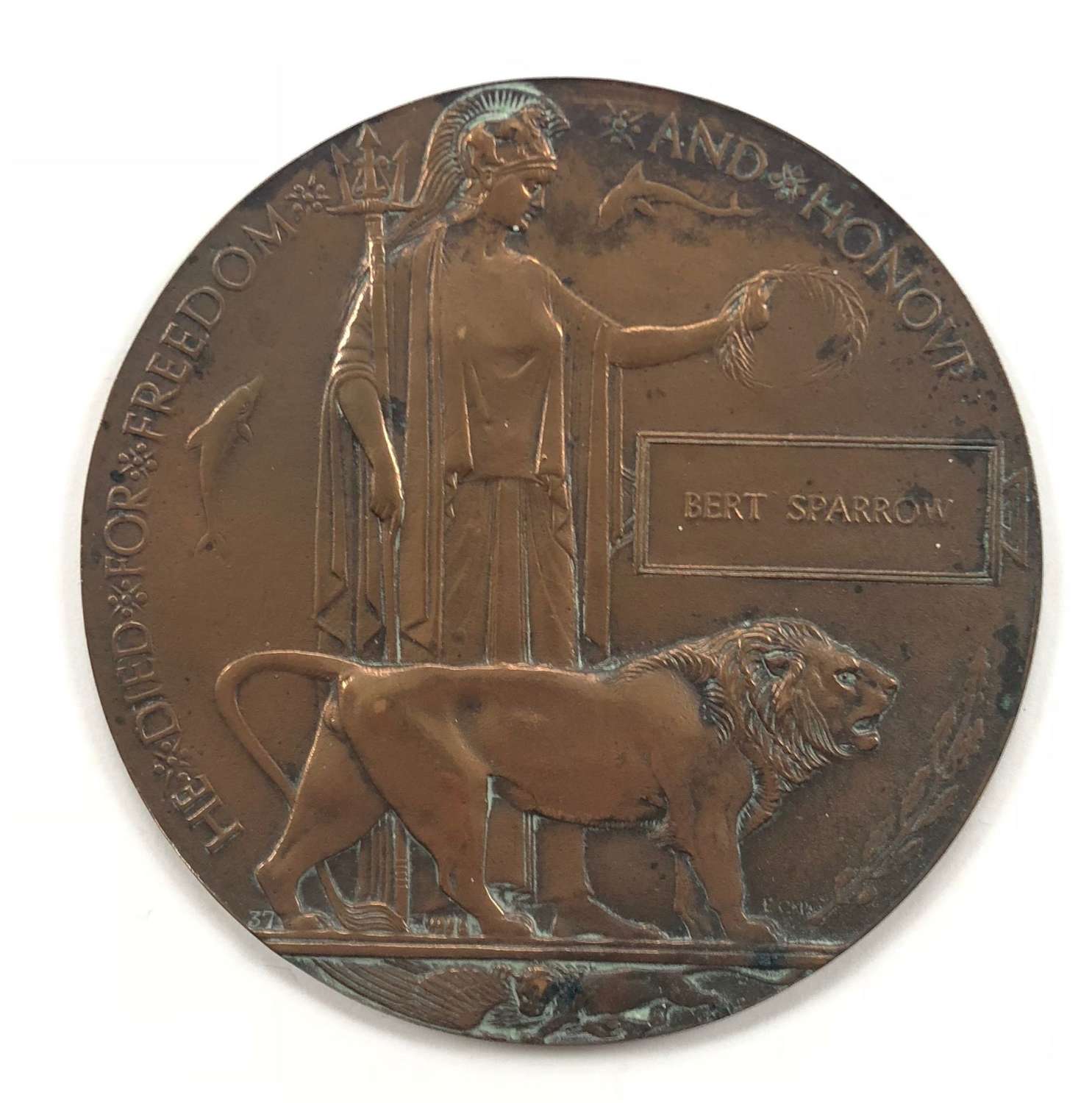 Issued to commemorate the ultimate sacrifice of Bert Sparrow.

A unique named plaque. 30065 Private Bert Sparrow was Killed in Action on the 5th October 1918. he was a native of Denham in Suffolk. His MIC and Soldiers Died card state the name Bert. The CWGC Roll of Honour give the name Bertie William Sparrow. The plaque is correct as stated on the Medal Index Card. 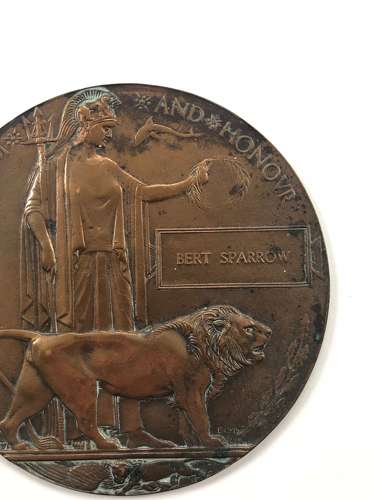 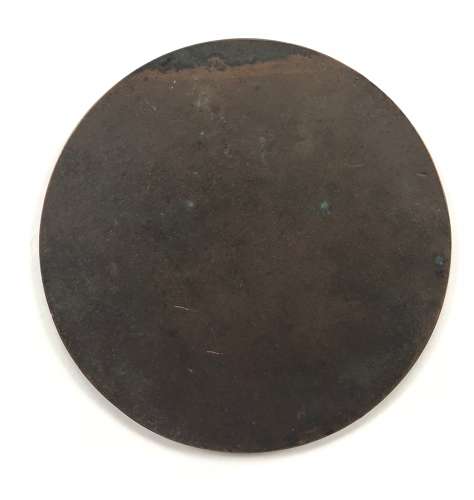